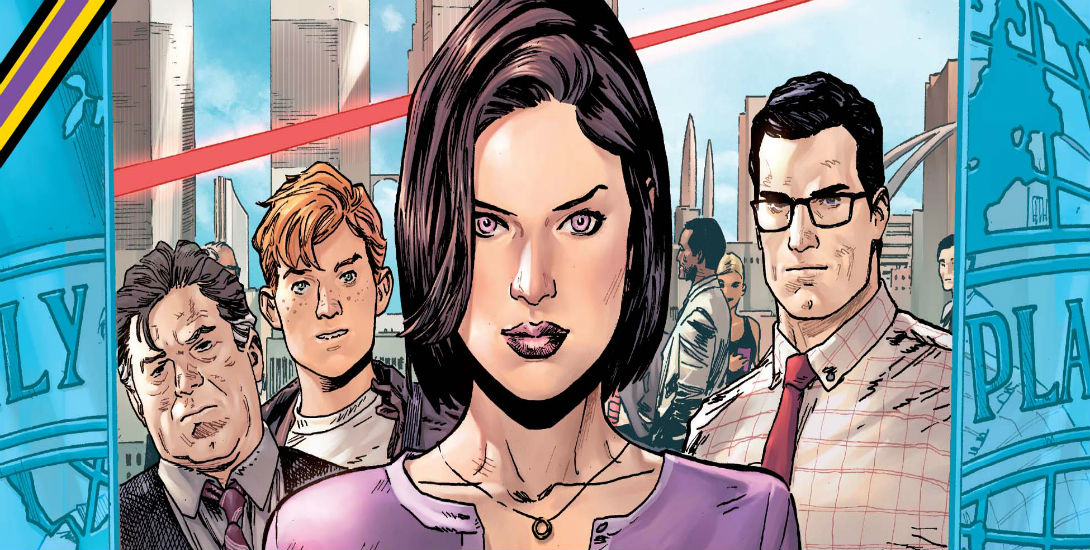 Summary
One of the most exciting things about the Superman titles in the Rebirth era is the complex mystery challenge that the creative team has in front of it as well as it presents to the reader. How can two Lois Lanes and Clark Kents co-exist on the same Earth? It would be easy to just have the the pre-Flashpoint versions slide right into “New 52” versions discarded lives. We know Clark died and Lois has apparently died over in Superwoman, but that easy out is not nearly as entertaining as what we are presented in Action Comics.

Lois has been having dreams about the missing Lois, and she’s even gotten a cryptic note from her that suggests she knows who Lois is, or at least suspects something. With Clark’s encouragement, Lois goes to the Daily Planet impersonating the other Lois to try and find something about her disappearance.

She runs the gauntlet of Planet employees and even makes it past Lex and Perry White. In her dream, the other Lois is working at a laptop and Lois realizes that’s what she needs to see. She sneaks into the other Lois’s apartment and is distracted by photos she remembers, but are technically not of her…. And then her trespassing is discovered by the Lana Lang iteration of Superwoman. It has just gotten deliciously difficult.

Positives
The complexity of the resolution of this situation is going to be positively Weisingerian. This is beyond any Silver Age “Imaginary Story.” While mystery may not be the genre most commonly associated with Superman this is working extremely well, because not only is the mystery exciting and befuddling without an obvious resolution, but the characters are handled so well. Lois’ meeting with the other Clark is beautifully awkward. Even as Lois questions this Luthor’s motives she realizes her expectations are based on the Lex she knew from her world. This emotional and psychological complexity is unique and makes Action Comics #965 a page turner.

Negatives
This was just too short. The questions are so many and so important, I wanted them all answered right now. Two weeks seems like too far to wait for part two of this story line.

Verdict
Action Comics #965 rings with an intensity that makes this a must buy. The Super-books have benefited greatly in the Rebirth era, none more than Action Comics.  Rebirth has allowed new kinds of stories to be told about Superman that don’t rely on the challenge to be overcome by his super powers. Superman and Lois won’t win the day with heat vision and super strength, it’s going to take intelligence, ingenuity and some Batman-level detective work. Action Comics #965 is about as good as it gets.