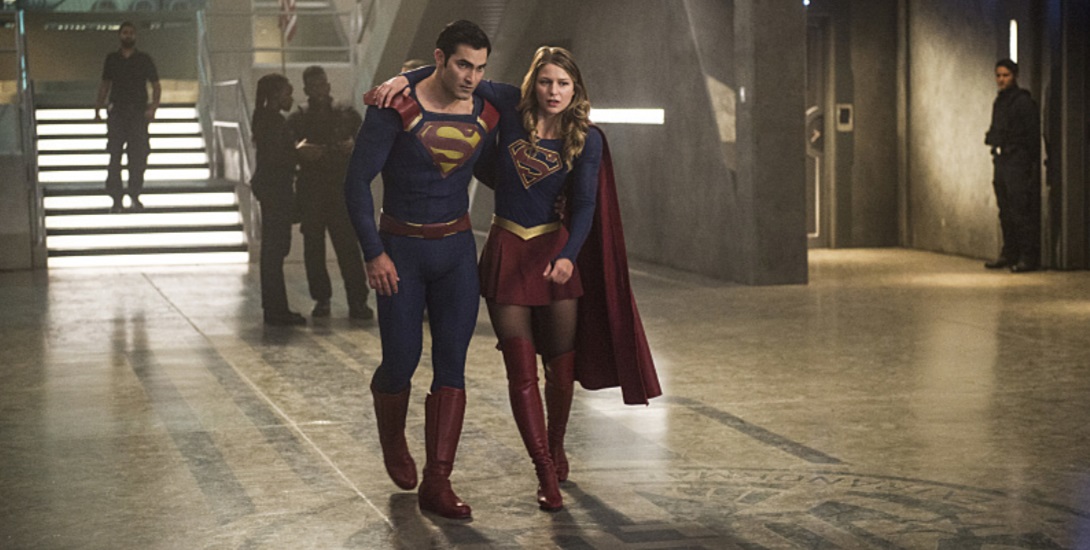 On the next episode of Supergirl, Kara and Clark must face Metallo which leads to friction between Superman and the Martian Manhunter.

This is a strong trailer. It does a good job of building Metallo up to be a major threat and possibly the most dangerous one Kara has faced yet. It has a wonderful tone and I hope that the episode can live up to it. Metallo is an underrated villain so I am hoping this episode gives him some more exposure.

The CW has also released two clips from the episode.

In this first one, Supergirl and Superman team up to stop a robbery. This is a wonderful scene that makes me love Tyler Hoechlin as Superman even more. His dialogue is really strong here and the sense of fun is so great. This clip is everything I love about this show.

In the second clip, Kara meets her new boss, Snapper Carr. I don’t like the idea of Kara being a reporter so this clip doesn’t do much for me. The Berlanti-verse shows have a tendency to try and make their characters more similar to other characters instead of the one that they’re based on. The big example being Stephen Amell’s Oliver Queen who is really just Batman. And here, I think the writers are trying too hard to make Kara like Clark. I wish we could give her a more unique identity instead of just writing a Superman show that has Supergirl instead of Superman. I’m glad she’s not a secretary anymore but reporter seems too on the nose.

“The Last Children of Krypton” is written by Robert L. Rovner and Caitlin Parrish and directed by Glen Winter. The episode airs October 17 at 8:00 p.m. Eastern time on the CW.