Preview: Gotham 3×05-Anything for You 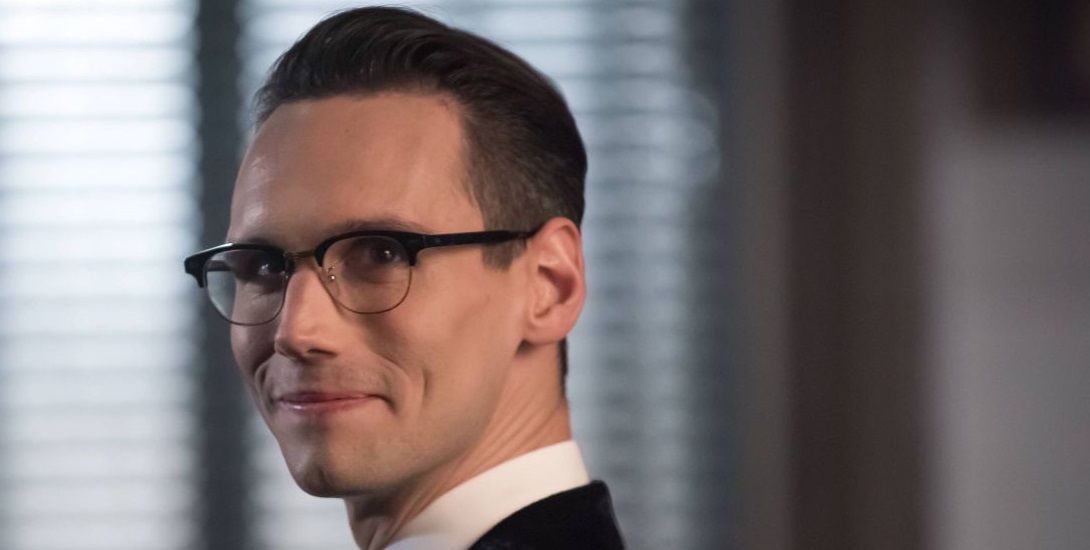 On the next episode of Gotham, Penguin celebrates his victory while Butch deals with the Red Hood gang and Bruce attempts to find Ivy.

The first aspect of the preview to talk about is Nygma returning to the GCPD. I am curious if it is just a social visit to brag about his release or if Penguin pulled strings to get him his old job back. I would actually find Nygma working with the GCPD again to be really funny. It will also be interesting to see how Lee and Gordon react to his presence since he is directly responsible for Gordon going to prison which is what broke them up. We do see Lee punch Nygma in the face so I predict hostility.

Probably the most exciting part of the trailer is the return of the Red Hood gang. They seem a little more high tech than last time in that they aren’t just wearing basic hoods. They seem to be going after Penguin so the question is whether they are vigilantes going after a known criminal or criminals going after the mayor.

The last major part of the preview appears to be Barbara throwing some kind of party. I’m assuming it is for Penguin’s victory. My only concern about the episode is that it looks like every main character is present for at least some of the action. That could make the episode very convoluted.