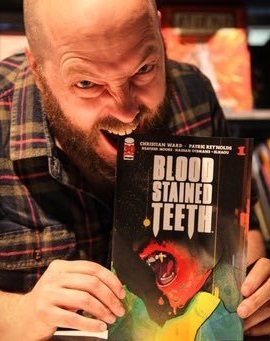 He’s probably best known for his cosmic space operas ODY-C (co-created with Matt Fraction) and Invisible Kingdom (co-created with G. Willow Wilson), he was also the artist on the acclaimed Marvel comics series Black Bolt (with Saladin Ahmed), and for his art on Thor (with Jason Aaron) and Batman: Secret Files: The Gardner (with James Tynion IV).

In 2019 he released his first book as a writer, Machine Gun Wizards (co-created with Sami Kivelä), and has juggled writing and drawing comics ever since.

He’s currently writing Blood Stained Teeth for Image Comics, and the first issue of his collaboration with Ram V, Aquaman: Andromeda, will be released by DC Black Label on June 7th.

I was fortunate enough to meet Christian at London’s MCM Comic-Con in May 2022, where he took part in a panel and sat for a signing session.

DC Comics News: Good afternoon. Thanks for taking the time to talk to us. DC sent us Aquaman: Andromeda issue #1, and it’s great. It delivers a great story and looks fantastic.

DCN: We all love that you’ve finally given us an Aquaman on the printed page who’s reminiscent of the classic comics character yet also perfectly represents Jason Momoa’s live-action version. To my mind, you’re the first artist to do this perfectly.

CW: That’s nice to hear. Of course, what we really wanted to do was something new and different with the character. The other was to combine Aquaman with sci-fi and horror.

DCN: Something Ram V does very well, as does your art on the project.

CW: Thanks. That was the aim. Reading Ram’s script, it was like Aquaman meets Event Horizon, and I hope that’s translated to the page.

DCN: It really has. It’s a great new take on the character and his world. Was that hard? I mean, Aquaman’s been around for 81 years.

CW: I think when you come to a character with real prevalence, it can sometimes hold you back. You’re like, oh, I don’t wanna ruin it.

DCN: Were you a fan?

CW: Not at the beginning, no. Neither Ram nor I were massive fans before this. Of course, we knew of him, and his history. I’d seen the film, I’d read Kelly Sue DeConnick ‘s run and Dan Abnett’s run, but I really wanted to bring something new.

The great thing is with a Black Label project, you get so much freedom, you know? You can do whatever you want, within reason. You can be true to the character, but still bring something fresh to it.

I definitely appreciate Aquaman, probably more now that I’ve worked on him. The thing is, we wanted to honor the legacy but also do something different. I’m a big believer of don’t give people what they want, give them what they don’t realize they want.

CW: I mean, it’s always a gamble and you might fail, but you’ll end up with something more impactful, whether it works or not. So, I’m thrilled to hear that you liked it.

DCN: It’s a great book. One of the things I really liked is that it also seems like you’ve adapted your style. We can still see it’s Christian Ward, but it’s different, it’s its own thing.

CW: As an artist, you want to keep the work fresh and interesting, both for yourself and for the reader. 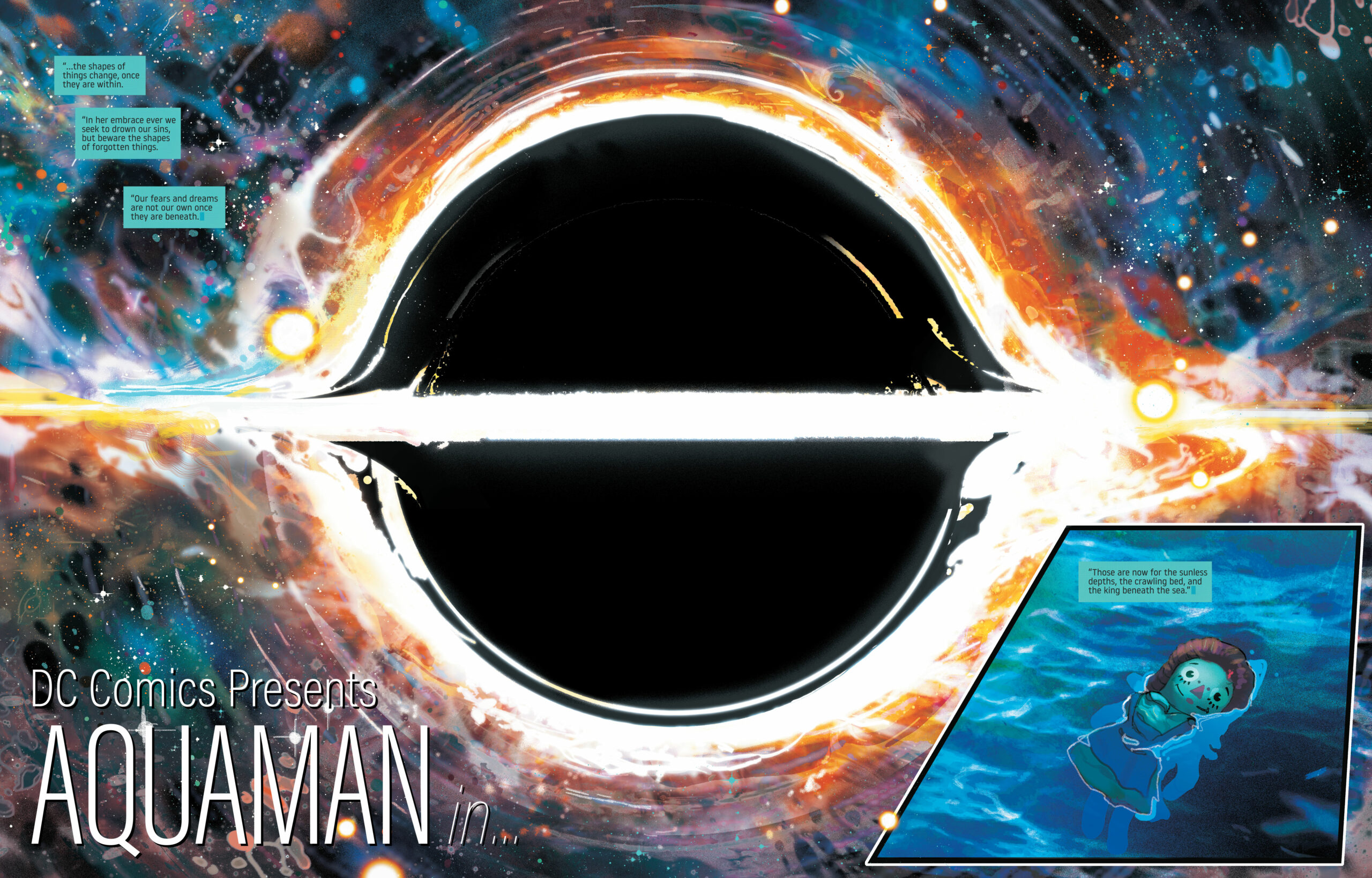 DCN: Speaking of interesting, and fresh, it’s the same with your writing. Blood Stained Teeth; yes, it’s a vampire story, but it’s not like everything else that’s come before. You’ve done what I didn’t think was possible and done something new with vampires.

CW: There’s a sequence where Atticus kind of has a trip and he gets trapped inside the memory palace of a vampire. So, we’re gonna have a transitional page, where Patric (Reynolds) and Heather (Moore) start, then we combine it, then it’s me, and then… boom!

The pages Christian shows us are stunning. What we’re shown starts off with art in the terrific style we’ve already seen in the first few issues of Blood Stained Teeth, but gradually the scene changes into the more psychedelic, painted style that is clearly Christian Ward’s. 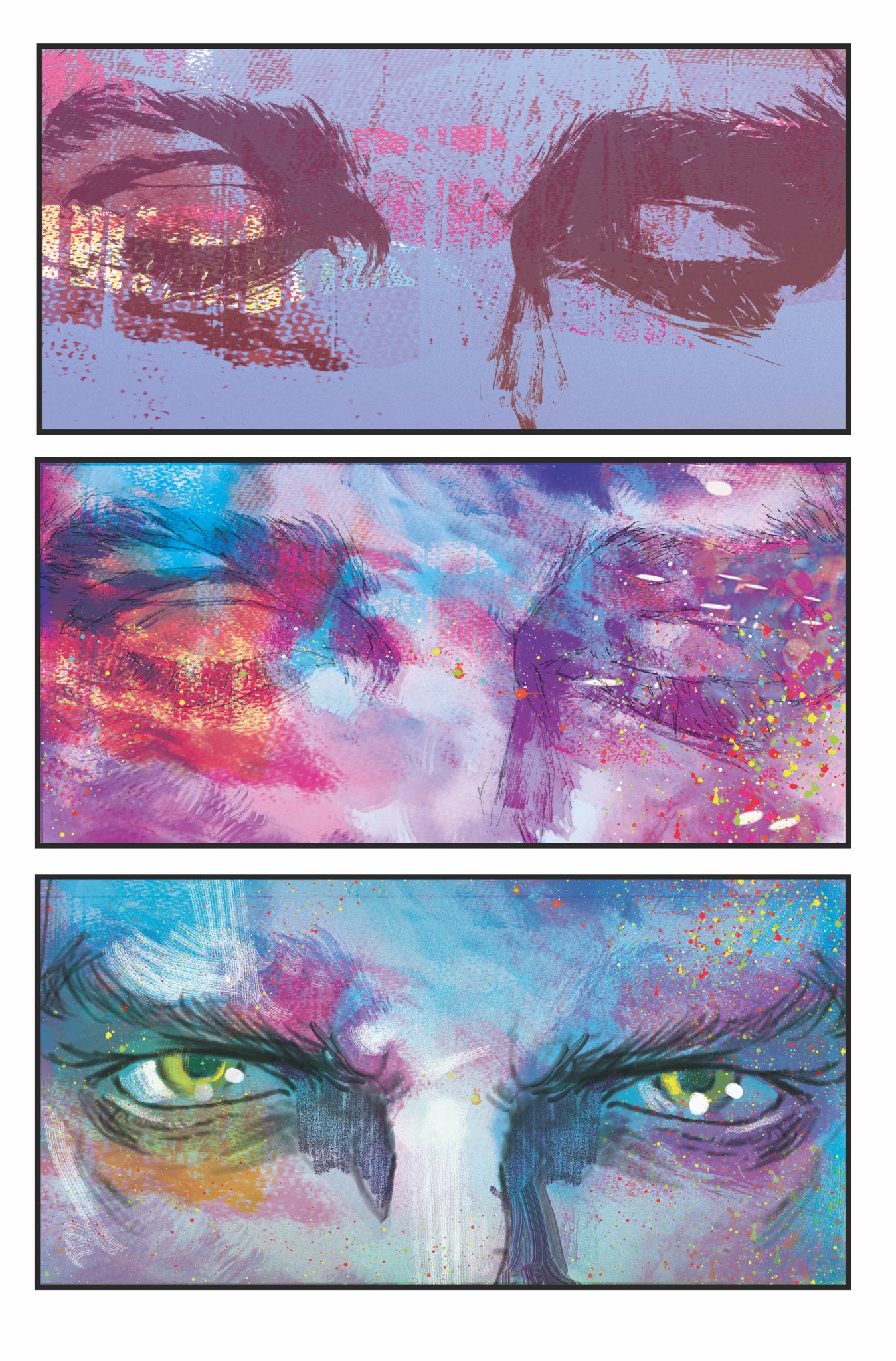 DCN: That’s gorgeous. Awesome… roll on issue #4! Issue #2’s just come out. Carl loved it, as did everyone on the team who’s read it.

CW: Please keep reading, and tell us what you think.

DCN: It’s humbling that you read the reviews and comment on them.

CW: I mean, it’s great. A good review is fantastic, it tells me that I’m on the right track. It kind of helps keep you motivated and well, you know, it’s also great connecting and seeing people enjoying it. I want to keep making it good, so a positive review helps. I mean, if I then retweet you guys it helps you, and if then someone who doesn’t know about it reads it, it helps me as well.

CW: Exactly. Of course, I appreciate that there might be an issue that you don’t like, and feel free to tell me.

DCN: I don’t foresee that ever happening! We’re definitely going to keep reading, though. Thanks so much for talking to us. 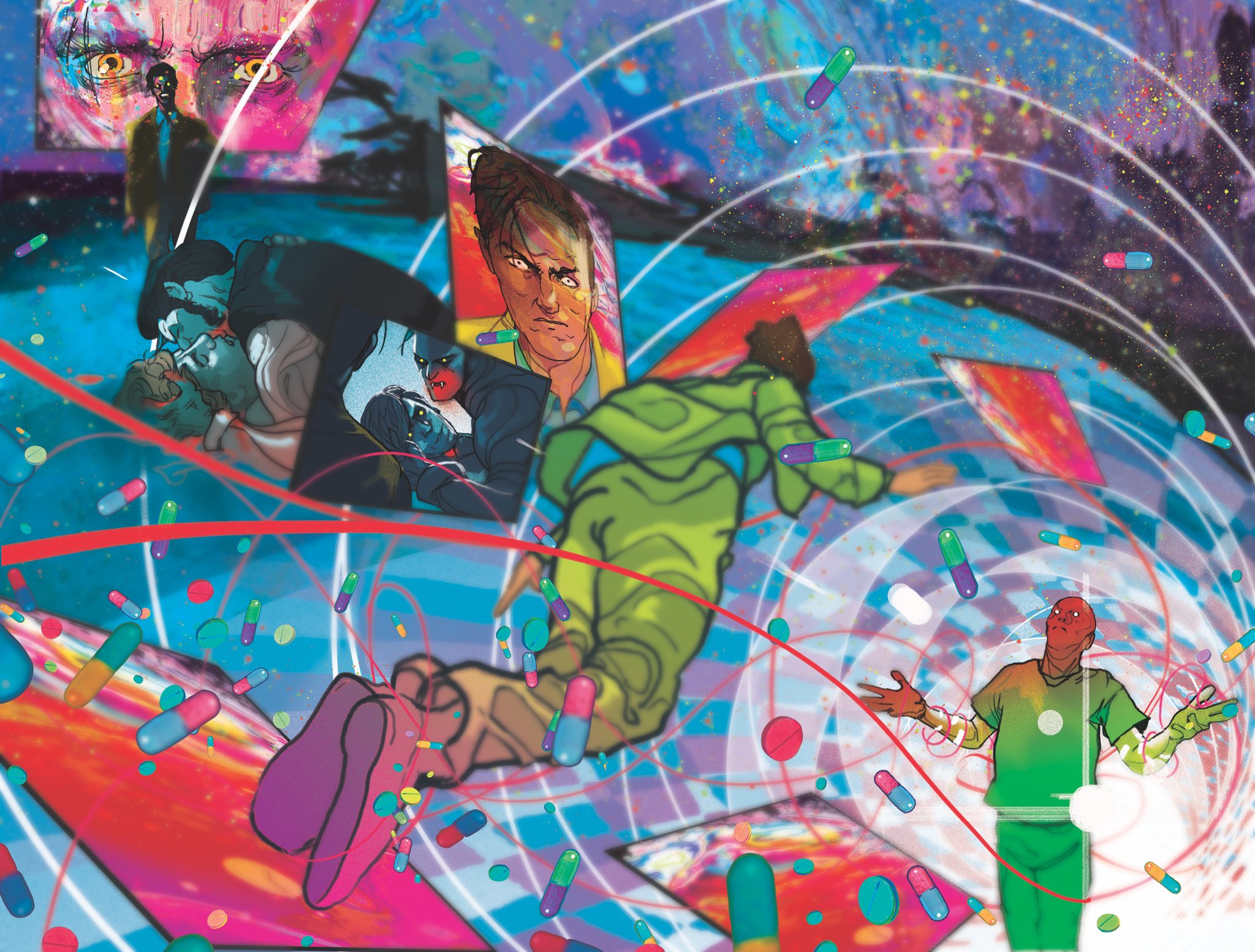 Not only is Christian Ward a hugely talented and prolific writer and artist, but he’s also incredible with fans. He greeted everyone in the queue with a glowing smile, engaged them in conversation, and was warm and fun to talk to. If you ever stand in line to get anything signed by him, I assure you that any wait will be well worth it.

I was already a huge fan when I met him and left the event an even bigger one.

Artwork courtesy of Image Comics, DC Entertainment, and the artist