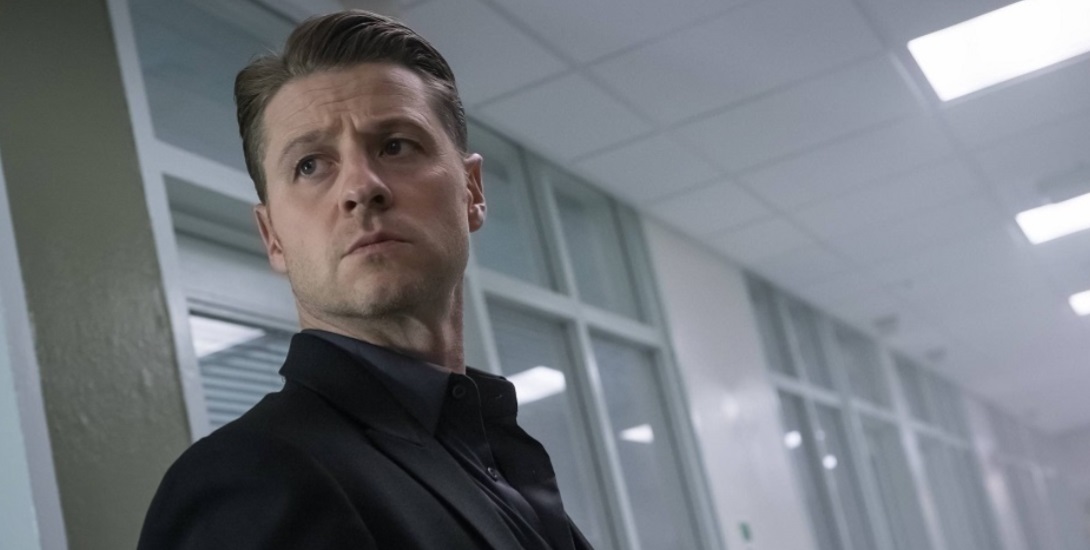 The Mad Hatter incapacitates Gordon with a drug that causes him to hallucinate while the Mad Hatter targets the heads of Gotham.

Gordon’s hallucinations are visually stunning. Gotham has always had a wonderful atmosphere and style. With a dream like situation, the visual aspect of the show really gets to shine. Additionally, I like what the dreams reveal about Gordon and where they take him. There is a part of him that wants a stereotypical American family with Lee but he also fantasizes about Barbara. There is an implicit sexual impulse represented by Barbara complete with outfits such as a sexy nurse. Neither is good for Gordon; the fantasy with Lee is too unrealistic and contradictory to her personality while Gordon has to repress his feelings for Barbara because she’s psychotic. It is interesting that Gordon’s fantasy about Barbara fairly represents her actual personality while the fantasy of Lee is nothing like Lee in the real world. Gordon creates this ideal of Lee like he did in season one with Barbara that is a complete fabrication. But Barbara is exactly who she is. I don’t know if any of this is going somewhere or if it was just for the sake of having a strange episode.

I like getting to meet Gordon’s father. He was someone that had a presence on the show in the first season but went away. I remember characters talking about him constantly so it’s a nice touch that remembering a lesson from his father is what brings Gordon out of his funk.

Benedict Samuel is still a lot of fun as the Mad Hatter. I especially like that with each episode, Mad Hatter falls further into his psychosis. He is immediately attracted to a drug simply because it’s called Red Queen and he has started to talk in rhyme quite a bit. The writers are doing a good job of building the persona without dragging it out.

There is a lot of relationship drama this episode and none of it works for me. The love triangle between Penguin, Riddler and the Kringle doppelganger is not interesting. There are some hints that Blonde Kringle may be crazy herself which is confirmed when she still wants to be with Nygma after she learns that he murdered her doppelganger. Every scene in this plot was boring and typical.

Mad Hatter’s sadistic choice scenario from the last episode results in more love triangle drama between Gordon, Lee and Valerie. Both of the women think that Gordon asked Mad Hatter to shoot Lee knowing that he would shoot Valerie. Gordon denies this and said he was trying to save Valerie. There are bigger things going on here than their love lives. When Valerie wakes up, it is one of the first things she brings up. And she breaks up with Gordon because of it. Granted, she did get shot but her dating life should be the last thing on her mind. Lee is also judgmental and seemingly offended when Gordon said he wanted to save Valerie. Again, I don’t care.

There are a couple of pointless scenes in which Bruce and Selina kind of go on a date. It adds absolutely nothing to the plot and is pretty awkward to watch. After the last couple of episodes, I though the writers were doing a better job of juggling the cast but this feels like they’ve taken two steps back. Like before, Bruce is in an entirely different show that doesn’t relate at all to the episode and is not fun to watch.

Overall, this is another dud for me. I do like Gordon’s hallucinations. They’re creative and do inform Gordon as a character. I genuinely feel like I have a better appreciation for him than I did before. But the relationship drama is very tedious and typical and Mad Hatter’s scheme outside of Gordon’s drug trip is fairly lame and goes nowhere. There are highlights but this is a bad episode in my opinion.