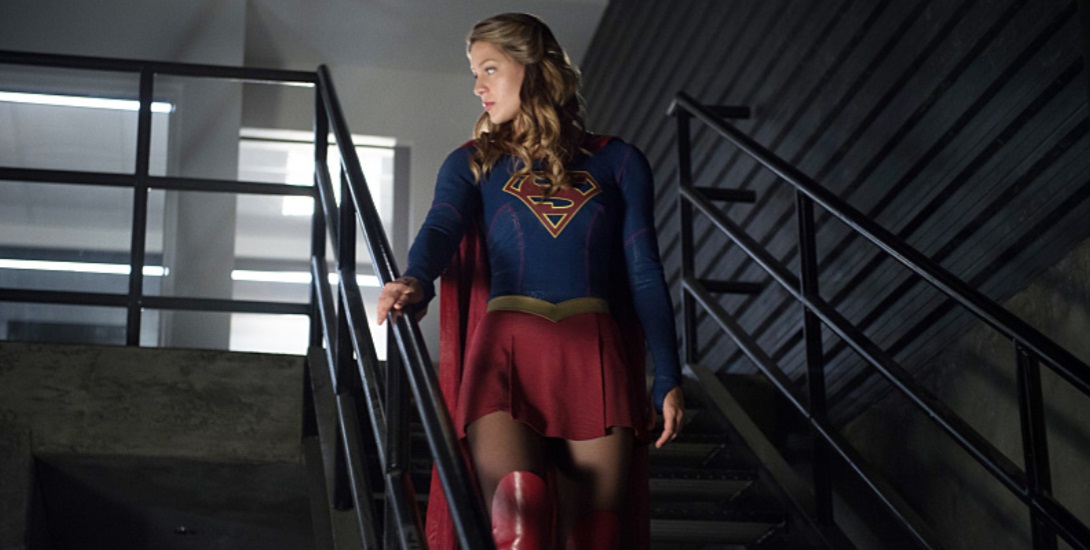 Martian Manhunter tries to deal with his discovery of another Martian while Supergirl tries to stop an alien fight club.

The episode shows a bit of the destruction of Daxam and it looks great. The special effects are top notch. Daxam looked great as did the Martians. A lot of effort is being put into making this show look phenomenal.

I really enjoy the dynamic between Kara and Mon-El. He is definitely growing on me. I like that he has a natural rebellious nature but is able to own up to his makes mistakes and then want to do better. Melissa Benoist and Chris Wood have solid chemistry and they have a couple of really sweet moments together.

The dynamic between Mon-El and Wynn is pretty fun too. They go out partying together and actually make an entertaining duo. I hope to see them develop a friendship down the line.

The fight club is a boring concept to me. It’s been done so many times and this episode does not offer any new or interesting variations. It is what we’ve come to expect. The reasons the aliens do it are only vaguely described and there aren’t any impressive fights anyway.

I really don’t like Miss Martian. She’s just a bad person. She sets J’onn up for no reason; she just does it. No reason is ever established. The character is also a bit of a whiner. She seems to have one emotion which is sadness on the verge of tears.

Kara is still a terrible reporter. She doesn’t even know to verify a source before presenting a story. I actually feel bad for Snapper Carr because he essentially has to teach journalism classes to Kara because she got handed a silver spoon.

Overall, I don’t like this episode. The Mon-El side of the episode is fun but everything else is boring. The introduction to Miss Martian is lackluster and I find the fight club to be very boring. It’s my least episode of the season so far.