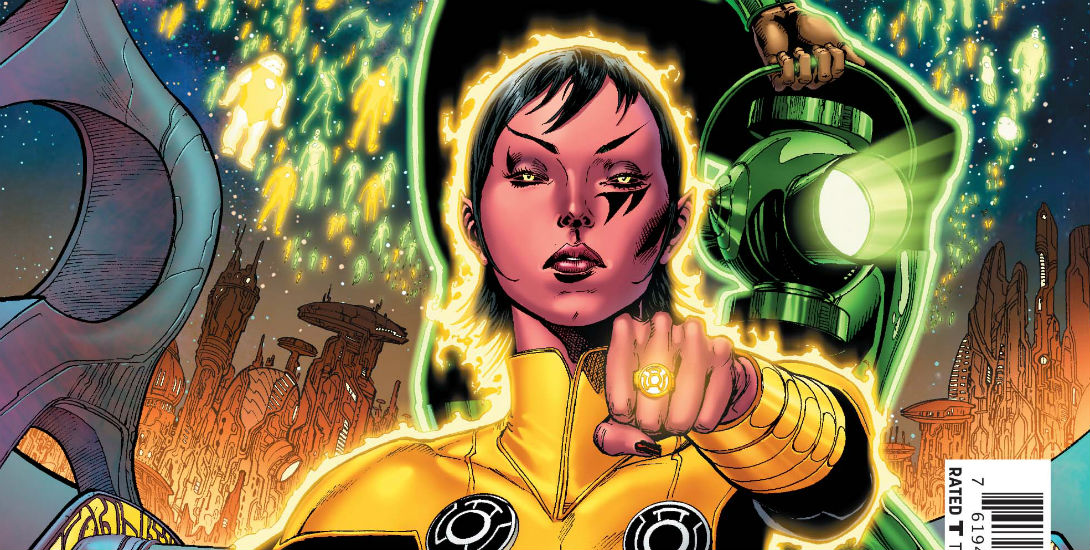 Summary
With last issue’s explosive finish, there’s certainly a lot of questions about the fates of Hal Jordan and Sinestro. The arriving Green Lantern Corps gets a quick update before taking off on another mission. John is happy to see Guy alive and mostly well, but distressed at Soranik and the members of the Sinestro Corps that claim to have helped Guy and Hal. John dispatches the GLC to try and get their communications up and running so that they can resume their role as protector’s of the universe. They quickly get a message that Xudar is being invaded. Xudar is home to past and present GLC members Tomar-Re and Tomar-Tu.

John quickly gets an away team ready and heads out to Xudar. They discover that Starro the Conqueror is attacking. Much to John’s chagrin it takes a group of Sinestro Coprs led by Soranik to turn back Starro. Just when it seems like things are going the GLC’s way, they realize that they can’t leave Xudar. They are trapped by a mysterious barricade around the planet. The perpetrator reveals himself quickly — Brainiac!

But what about Hal Jordan? His ring is confused and is looking for him. It travels all the way to the prison planet of the Indigo Tribe and finds a hopeful Ganthet and Sayd.

Positives
This issue strikes a nice balance between denouement and new action. While no reader really believes Hal is gone, there’s a nice tease about his fate as his ring finds Ganthet and Sayd. It’s nice that the book doesn’t dwell on the notion that Hal is gone for good and instead provides the beginning of the mystery of his return. The tension between John and Soranik is understandable, but the common ground they find is more satisfying.

Negatives
While Hal Jordan and the Green Lantern Corps #8 didn’t reinvent comics, it is a solid issue with very little to criticize. What would normally feel like a ploy – Hal’s death – is handled in a different way.

Verdict
There’s no rest for the weary as the GLC will next face off against Brainiac. Moving Hal’s fate to a sub-plot is a clever move as the focus of the book shifts to John and the Corps and their confrontation with Brainiac. Lastly, this issue is another easy access book for a new reader. 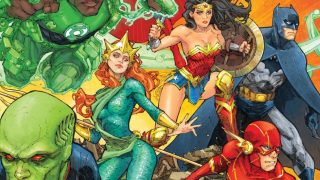 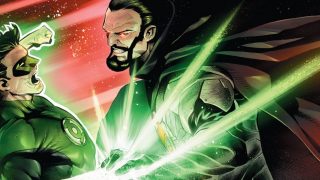