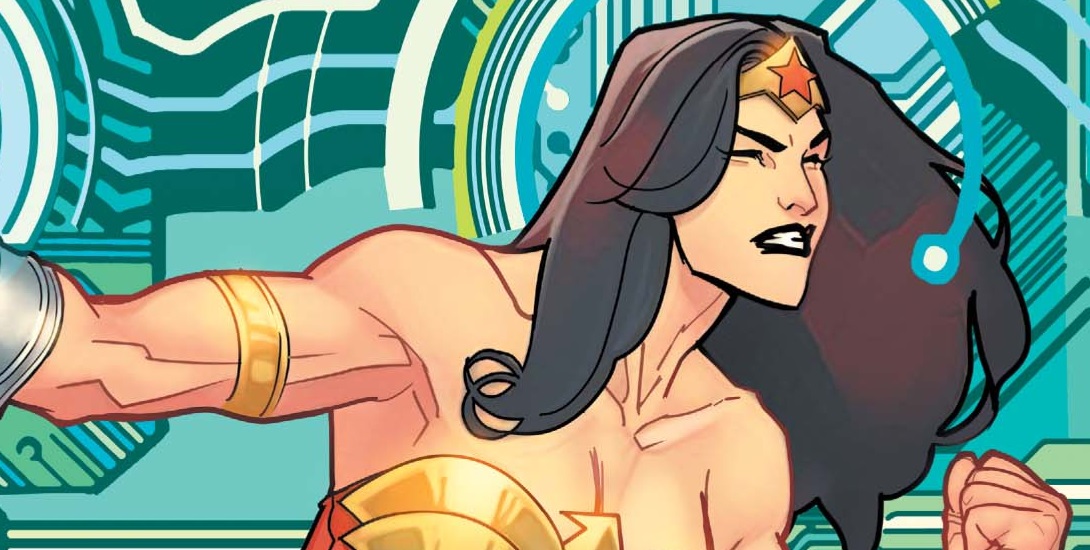 Summary
The Justice League must battle Green Lantern after his ring is hacked.

Positives
The cover by Fernando Pasarin, Matt Ryan and Brad Anderson is cool. It’s well drawn and colored and sells the main story of the issue. Also, it’s just a neat image.

The interior art is strong as well. The issue features pencils by Neil Edwards, inks by Daniel Henriques and colors by Tony Avina. Everything looks great. The team takes advantage of the green power rings to create some cool constructs. There’s a nice variety that provide different threats. The team also does a good job of displaying the different power sets of the characters. Every character has a chance to shine whether it’s in action or not.

I like that Batman never takes part in the action. He acts as a detective during the entire issue. Bryan Hitch has a strong grasp on what the strengths of the characters are and how to most effectively use them. This issue does the best job of this so far.

There’s a good sense of humor in this one. The banter feels natural with some genuinely funny moments. I enjoy Diana and Aquaman’s frustration with the situation. They both seem more slightly irritated than afraid.

Verdict
This is a solid issue. The action is strong both thanks to the good art and the use of the characters. The team has a lot of fun with their premise.