Summary
Harley Quinn is locked in Arkham. She is bored. According to news reports there is a:

“seemingly unexplainable biological threat that continues to spread throughout the city. Speculation seems to surround the origin of this phenomenon — Theories include an airborne virus, a toxic chemical spill and bioterrorism.”

Yikes. So much for being bored. 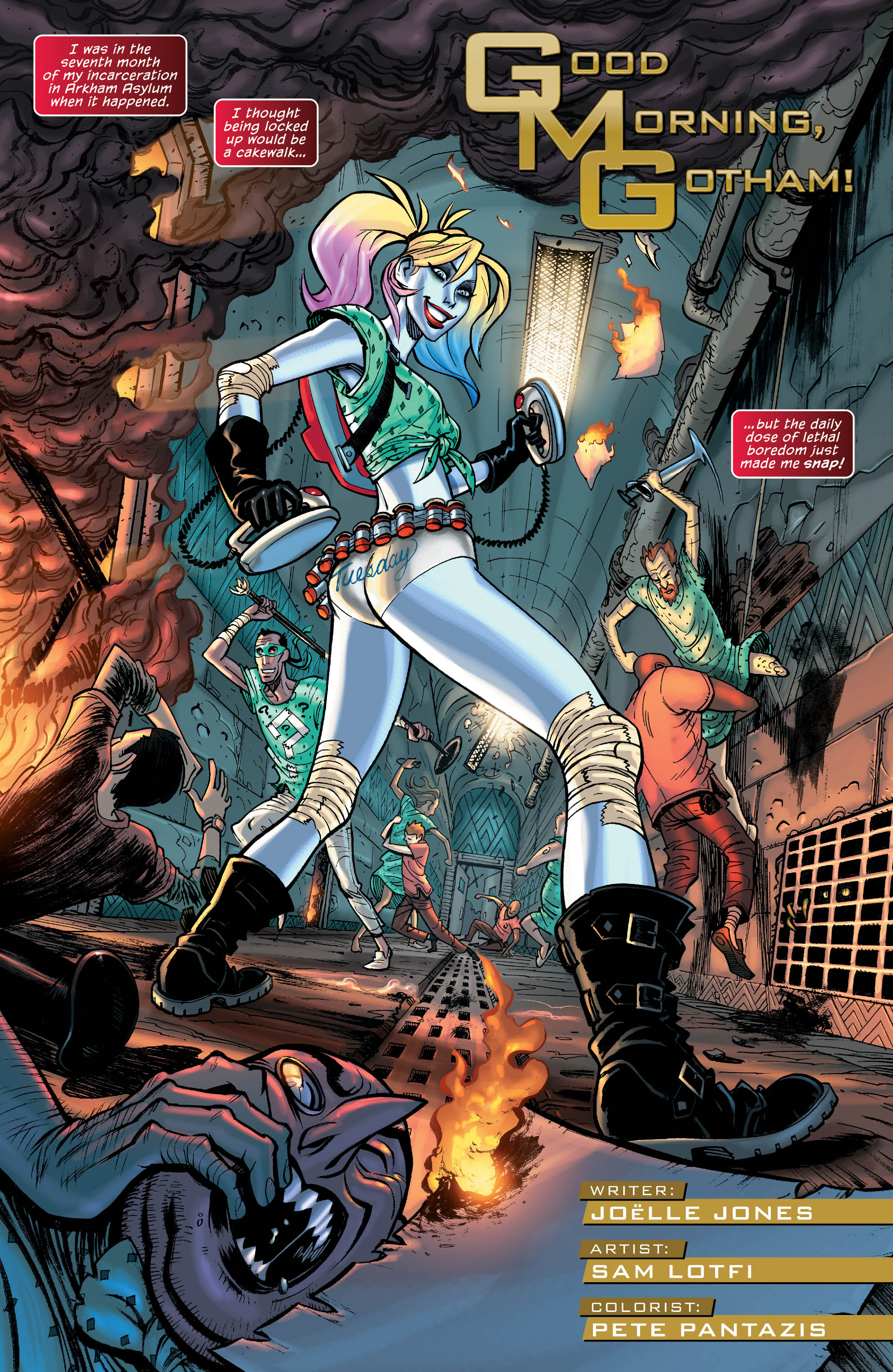 Positives
Joëlle Jones has captured Harley’s mania. While nothing happens in this story (not really), we get the full range of Harley’s emotions and mental state. Boredom swings to interest swings to frenetic energy swings to anger swings to a death wish. All of that happens in just a few pages. It seems to me that the mind of Dr. Quinzel is on full display. The reason I like Harley is her full-on faith in whatever she is doing. Jones has faith in her too, and I have faith in Jones. 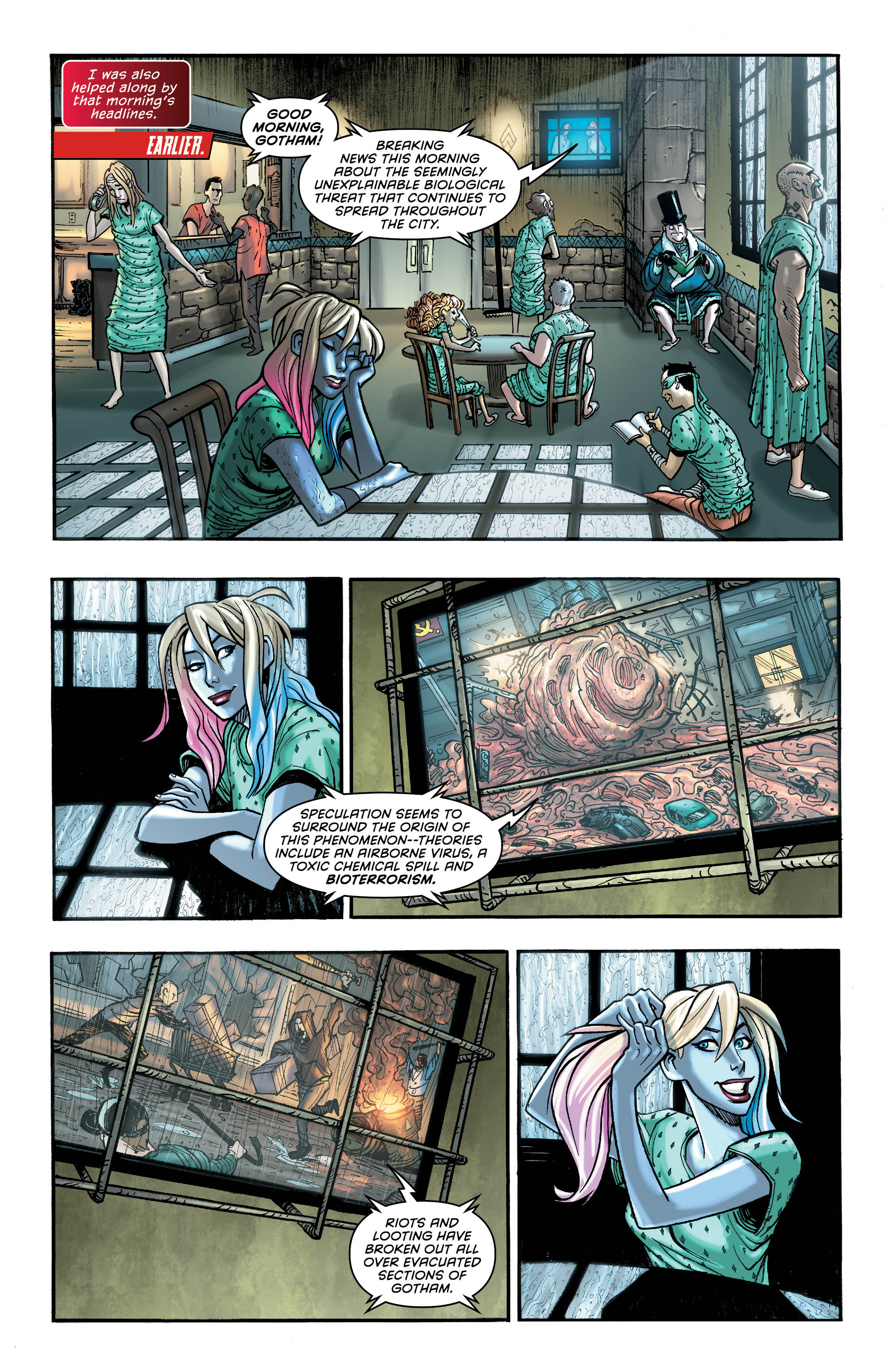 Negatives
Adam Lofti’s artwork does harken back to Harley’s cartoon origins (remember, she was created for Batman: The Animated Series). The issue with that is this is not a cartoony story. I am not saying that Mr. Lofti is a bad artist. Quite the opposite, he is really talented. But his interpretation of this character and the rest of the Arkham inmates leaves me wanting. Everything is a bit of a blob or out of proportion. I would like to see him do some animation or work with some of the Hanna-Barbera titles. I think that would be a perfect fit.

Verdict
This is a fun story about Harley going off the rails. I am always up for that.

Review: New Talent Showcase #1: Hellblazer: The Road to Hell and all That