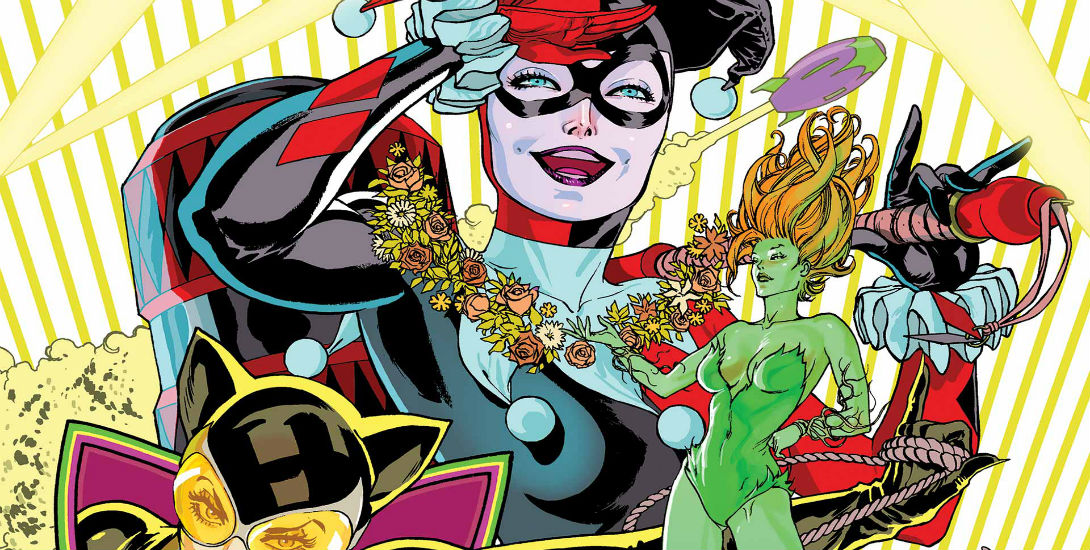 Since the announcement of David Ayer’s upcoming flick Gotham City Sirens, speculation has been swirling about the comic and movie industry about who exactly will be up for the roles of Poison Ivy and Catwoman. Sorry fans, but no Harley Quinn picks here since Margot Robbie is confirmed to reprise her role, and we even have the possibility of seeing Will Smith as Deadshot again in the film. So, without further ado, here is our picks for Poison Ivy and Catwoman.

We’ve seen the likes of Clare Foley and Maggie Geha play pre-Ivy, and Uma Thurman play the first live-action Poison Ivy. Doubting that Thurman will be back to reprise her role, here are 6 women who would be great to play the Botanical Temptress.

Now who wouldn’t jump on the train that the current Ivy Pepper/Pamela Isley on Gotham wouldn’t be a perfect pick? She’s already kicked off her Poison Ivy role with a good start, but she probably won’t even be considered since she’s a fresh face and not well-rounded in her character yet. Plus, since when have we ever seen a current TV star play the same role in a film not associated with the show? Not often…

In the months leading up to the release of The Dark Knight Rises, Marion Cotillard had flat-out denied rumors that she would be playing Talia al Ghul (which turned out to be true). A lot of speculation, however, led many fans to believe that she might have been playing the role of Poison Ivy. The parallels between her character and Uma Thurman’s are even spot-on (worked with Bane, seduced Bruce Wayne, environmentally conscious eco-terrorist, hides who she really is).

Ruth is best known for her role in Jane Eyre, and as Alice Morgan in Luther. She’s got the look, she’s got the right attitude. Throw some red in that hair and we think she’ll do just fine.

Rose is known for her role as Ygritte on Game of Thrones, and just from that we know she’s one bad-ass redhead. She’s not only the right age and has the Isley qualities, that accent wouldn’t be half bad either. British Ivy? We can dig it.

I think we have a trend of English actresses going here. Maybe the English ones are just amazing? Natalie is best known for her role as Anne Boleyn in The Tudors and Margaery Tyrell in Game of Thrones. From her previous roles we know she’s like a Sour Patch Kid, sweet and sour. She has the sweet qualities of botanical love and her relationship with Harley, yet she also is the thorn on the rose who can turn any minute and stab you.

Emma is the big name being talked about. She one of the hottest Hollywood actresses right now and All-American. She not only has the perfect look, her acting skills are right up top. Emma is known for her roles as Gwen Stacy in the The Amazing Spider-Man, and according to IMDb she will be playing Cruella de Vil in the upcoming 2018 Cruella film. That proves she can not only have that sexy look and sweet touch, but she’s gonna have venom and a bite.

We’ve seen a variety of actresses play the femme fatale over the past century. We’ve had the likes of Eartha Kitt, Lee Meriwether, Anne Hathaway, Julie Newmar, Camren Bicondova, and Michelle Pfeiffer. Here are 6 fresh faces we’d like to see play our favorite sexy Batman-loving burglar:

Rachel is popular household name with her film biography including Mean Girls, The Notebook, and most recently Doctor Strange. We know how universal her acting skills are, and she’s the right fit for Catwoman this day in age. Have you seen some of those jumps she can do? Pretty sure she’s flexible enough.

Scarlett is Marvel-hot right now with her role as Black Widow. Can DC steal her from our rival company for Catwoman (you know DC would at least give her a line of her own action figures)? She’s a veteran actress who’s played a variety of roles in popular films from The Prestige, Home Alone 3, The Horse Whisperer, Hitchcock, and The Black Dahlia. Her name is huge and would bring in many viewers and honestly, who wouldn’t want to see her in a skin-tight (possibly leather) outfit once again (but with cat-ears)?

Natalie is also a popular Hollywood face with many roles as Jane Foster in Thor, Evey in V for Vendetta, and Padmé in the Star Wars prequels. Natalie is no stranger to comic book films and would be a great fit for Catwoman with her versatile skills.

Miss Knightley is most popular for her role as Elizabeth Swann in the Pirates of the Caribbean series. she’s been in many popular films and even worked beside Portman in Star Wars I-The Phantom Menace. We know her mostly for being sweet, but she’s become pretty bad-ass in many of her films and would be a great addition to this film with her snarky attitude she can whip out. Pun totally intended.

Blunt has been the most popular pick around the mills for the Catwoman role. She’s played many bad-guy roles, including Queen Freya in The Huntsman: Winter’s War, but also knows how to be sweet and seductive. She has that no-shits-given attitude but knows how to get what she wants, just like our femme fatale.

So what do you think of our list? Comments begin!