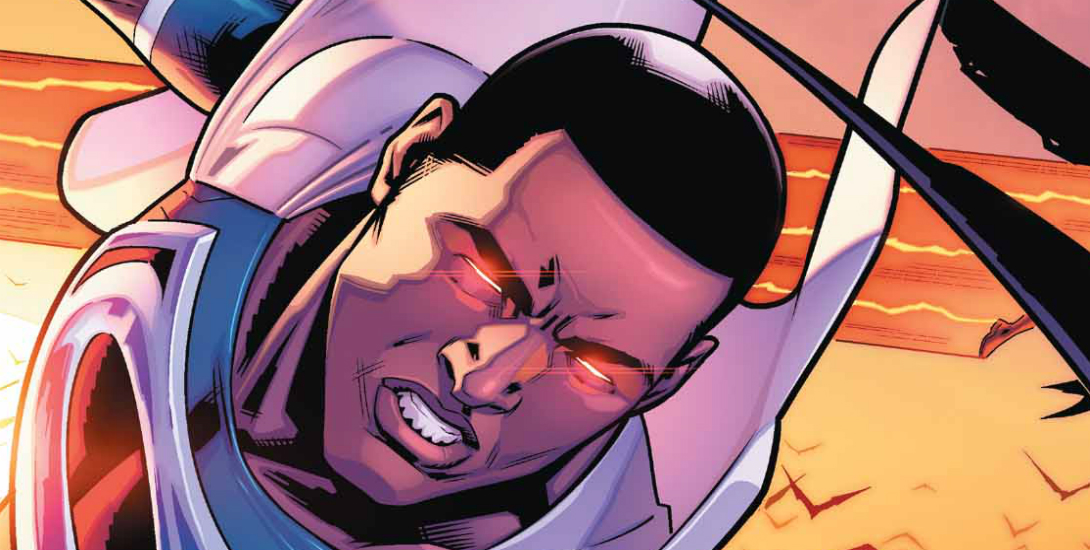 Summary
The heroes of Earth 2 are in the fight of their lives against an army of Sandman clones led by the Ultra-Humanite! As Superman, Fury and the others hold off the attack, Batman and Huntress attempt to infiltrate Ultra-Humanite’s base to stop him once and for all!

Positives
Abnett tells a great story here. Although they’re not our Justice League, the Wonders of Earth 2 have many similarities in their counterparts, especially Superman. Abnett has taken the Superman of Earth 2 and made him shine in this issue. Each page where either he or Batman is involved is automatically interesting, mostly because we hardly see anything of either of them. I also like the relationship that Batman has with his son John here in this issue. So far the interactions between the two have been brief, but Batman is very protective of his son, who, thanks to the Ultra-Humanite, has some power of his own. Hopefully Abnett explores this relationship a little further in some future issues.

Negatives
I don’t have any complaints about this issue since we now have the Ultra-Humanite back again! I’m eager to see how the next issue plays out since this “new” Earth, thanks to Pandora’s Box, is now virtually his. How exactly will the Wonders stop him? At the end of the book there is a big reveal that you know will lead to conflict in the next issue! It seems that the Ultra-Humanite is making a final, desperate play to keep his world as is! When the ending was revealed I was shocked because the character was someone we haven’t seen basically since the first issue!