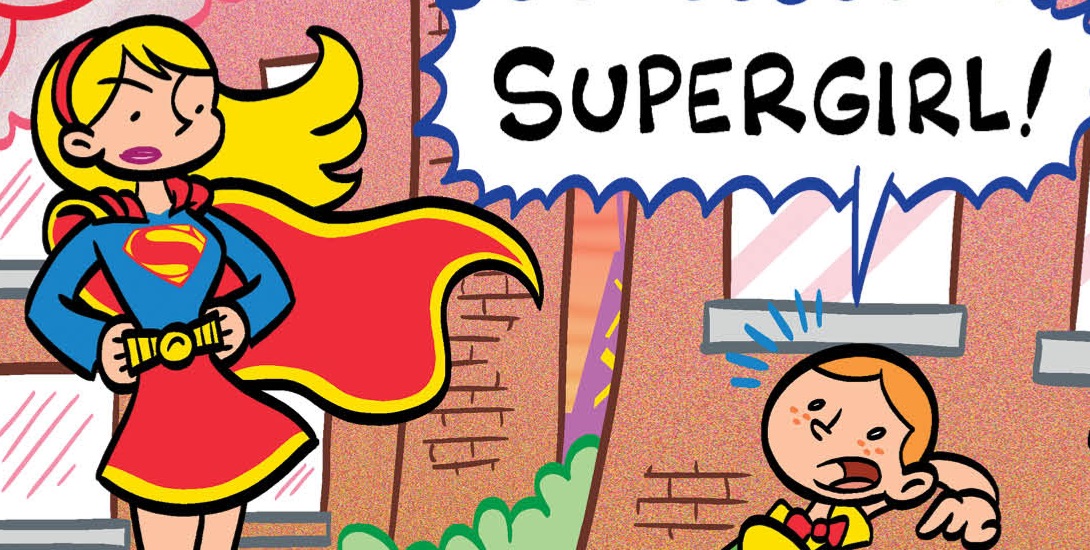 Summary
Supergirl and Martian Manhunter team up to take on Brimstone.

Positives
The cover and the interior art are both great. I love Art Baltazar’s style with this book. It’s simplistic but it really works for me. It sets a nice tone for the series that the writing is consistent with.

I am a fan of the Supergirl television show so I was excited to see Supergirl and Martian Manhunter team up. They’re effective together and I’m glad that we’re starting to see that more. They’re fight with Brimstone is a lot of fun because the heroes don’t make much of a dent and Brimstone’s reactions to their attacks is hilarious. What is even funnier is how Brimstone is defeated. I won’t give it away but it’s amazing.

The Superman villains featured in this are all adorable. Zod and Brainiac’s revenge on Jor-El is essentially just a prank. None of their schemes seem all that effective which is the joke. I also like that a DC villain is being brought into the story in a way that I did not see coming.

Negatives
My complaint is that I am not a fan of Darkseid’s design. I like the style and I am okay with changes in design but I need to be able to recognize the characters. I recognize Zod, Superman and Lois Lane when I see them. When I saw Darkseid, I had no idea who he was supposed to be until I read the dialogue. He’s just a blob with the omega symbol; it’s kind of a let down.

Verdict
This is a really fun issue full of personality and charm. I really hope kids are reading this either in print or digital. It’s fun, bright and engaging. I think adults will get a kick out of it as well, though. It’s almost satirical in its comedy but always genuinely funny. It’s just a fun book to read.