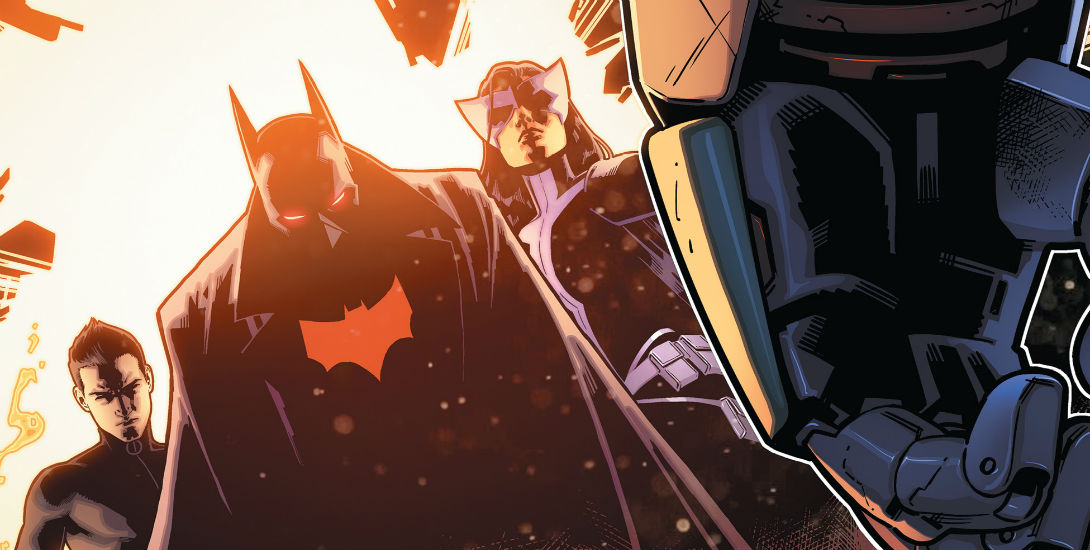 Summary
The Wonders battle an army of Sandmen and the Ultra-Humanite for full control of Earth-2! As Superman, Fury and others engage the army, Batman, Huntress and a rebel prepare to infiltrate Ultra-Humanite’s base! However the Ultra-Humanite has a secret weapon against the wonders, and once it’s released nothing is ever the same again!

Dan Abnett gives us no holds barred in this issue! Each page is filled with action and Cifuentes art makes it that more awesome! The Batman of Earth 2 stands out in this issue, and although at first I didn’t care much for his costume or personality, he shines in both in this book. I was completely wrong about this Earth’s Batman, as engages the Ultra-Humanite in combat his moves and attitude remind me of the Batman of Earth prime in that right. Abnett does end the issue on a dark cliffhanger however and I can’t wait to see the fallout from the Ultra-Humanite’s defeat.

Negatives
I really have no negatives about this issue. Abnett gives you a great story, plenty of action, and there’s some emotional moments as well. A prime example of that was the battle between the Ultra-Humanite and Batman. The battle was pretty intense and the ending was pretty emotional.

Verdict
Earth 2 Society #21 was a great read. I’m looking forward to the next issue, especially after the ending that we received in this one. We have the return a crucial character in this issue, and his encounter against Superman and the other wonders was epic!