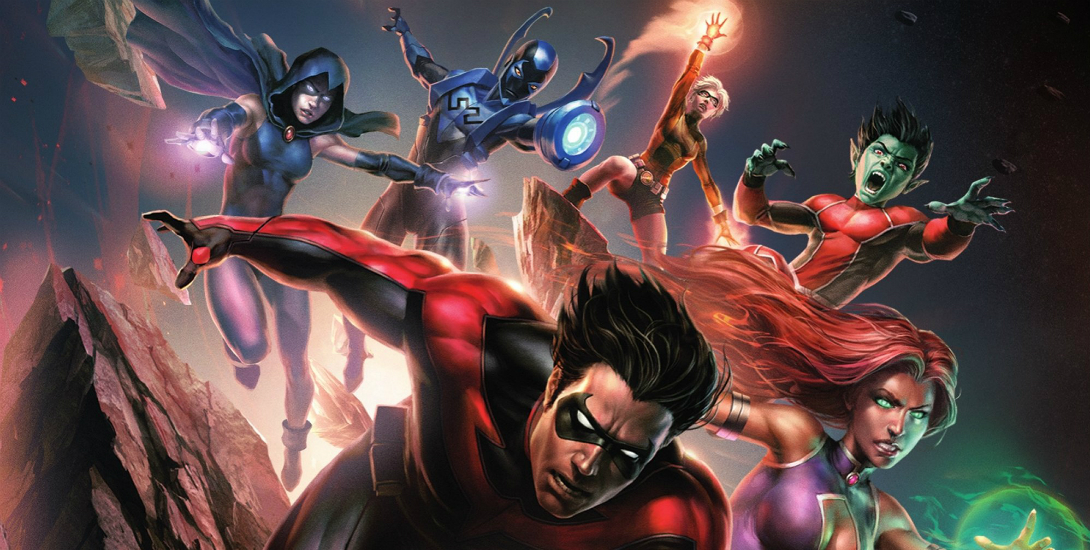 DC Entertainment is putting out animated films like they’re going out of style (don’t worry, they aren’t!). Teen Titans: The Judas Contract is a film that fans have been waiting for since the start of the DC Animated Universe when Superman: Doomsday was released almost ten years ago. And now, the wait is finally almost over.

Teen Titans: The Judas Contract will be released on digital HD, Blu-Ray/ DVD combo pack on April 18, 2017. There will even be a special gift set for sale that includes a Blue Beetle figurine! The Deluxe gift set will run $39.99 USD, the Blu-Ray combo pack will be $24.98, and the DVD will be $19.98. The Digital HD of the film will be available for download on April 4, 2017.

The Blu-Ray Deluxe Giftset and Blu-Ray combo pack include a sneak peek at the next DC Universe Original film, Batman and Harley Quinn, as well as a documentary feature revolving around Marv Wolfman and George Pérez, a short featurette telling the story of Deathstroke’s origin, as well as two bonus DCAU cartoons. The DVD will only include the sneak peek into Batman and Harley Quinn. Check out the press release, box art, and brand new trailer below!

Led by Starfire, the Teen Titans – Beast Boy, Raven, Blue Beetle, Robin and the just-returned Nightwing – have built a cohesive team in their never-ending battle against evil; but their newest teammate, the mysterious and powerful Terra, may be altering that dynamic. Meanwhile, an ancient evil, Brother Blood, has awakened, and familiar foe Deathstroke is lurking in the shadows – both waiting to pounce. Ultimately, the Teen Titans will need to battle their enemies and their own doubts to unite and overcome the malicious forces around them in this twisting tale of intrigue, adventure and deception.

“Teen Titans: The Judas Contract pays homage to one of the truly legendary story arcs in DC’s Teen Titan series, one that fans have been requesting for years, so we are excited to release a film that should surpass their expectations,” said Mary Ellen Thomas, Warner Bros. Home Entertainment Vice President, Family & Animation Marketing. “We are thrilled to deliver this complex and exhilarating story that tests the bonds between all members of the Teen Titans to both longstanding and new fans of all generations.”