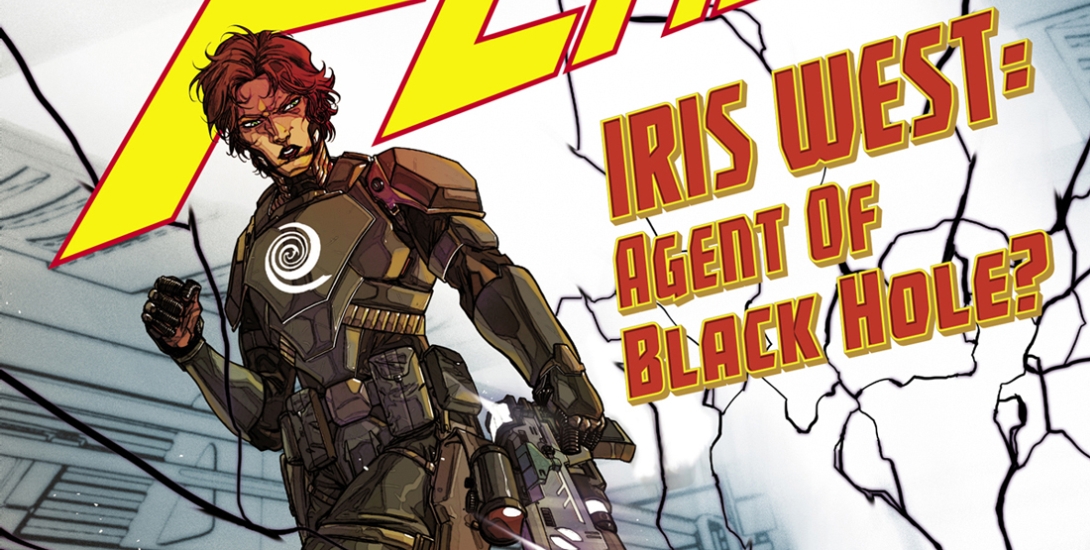 Summary
Barry’s girlfriend Iris West is investigating a series of grave robbings. Someone is stealing the bodies of the speedsters killed by Godspeed. The trail leads Iris to the S.T.A.R. Labs training facility, where she discovers the Black Hole stealing Dr. Meena Dhawan’s data on the speedsters.

The Flash arrives to save Iris, but will Iris have to save him instead?

Positives
Williamson appears to be laying the groundwork for some relationship trouble on the horizon between Barry and Iris. Last issue, Wally took Barry to task for being dishonest to Iris in not revealing his secret identity to her. In this issue, Iris refers to herself as “obsessed with the truth,” and characterizes Barry as the “one of the most genuine and honest people I’ve ever known.” Later, she is shocked to catch Barry lying about having to work late.

This may lead to trouble in the near future, but I hope it leads to Barry revealing his secret to Iris, and ultimately strengthening their relationship. Rebirth has been hinting at a return to a more familiar DC Universe, and Barry and Iris were arguably DC’s foremost married couple for several years.

We also get a shocking revelation, when we find out that Meena Dhawan is alive and working with Black Hole. I had little doubt that she would show up in Barry’s life again, but I didn’t expect to see her returning as a villain. As yet, her motivations for working with Black Hole are a mystery, but it will likely prove an interesting source of conflict for the Flash.

Negatives
Barry’s motivations for not revealing his secret to Iris seem to ring a bit hollow to me. He obviously loves and trusts Iris, and I can’t buy that he’s doing it to protect her. She seems to get in enough trouble without knowing – this issue is a good case in point.

I think Barry’s real reason for keeping his secret is that he’s afraid of Iris’ reaction. The quicker he works through this fear and confides in her, the better.

Verdict
This issue showcased Barry and Iris’ relationship, and gave us a chance to see Iris shine as an investigative reporter. Although Barry may be headed for some dark days soon, he remains one of the brightest characters in the DC Universe.