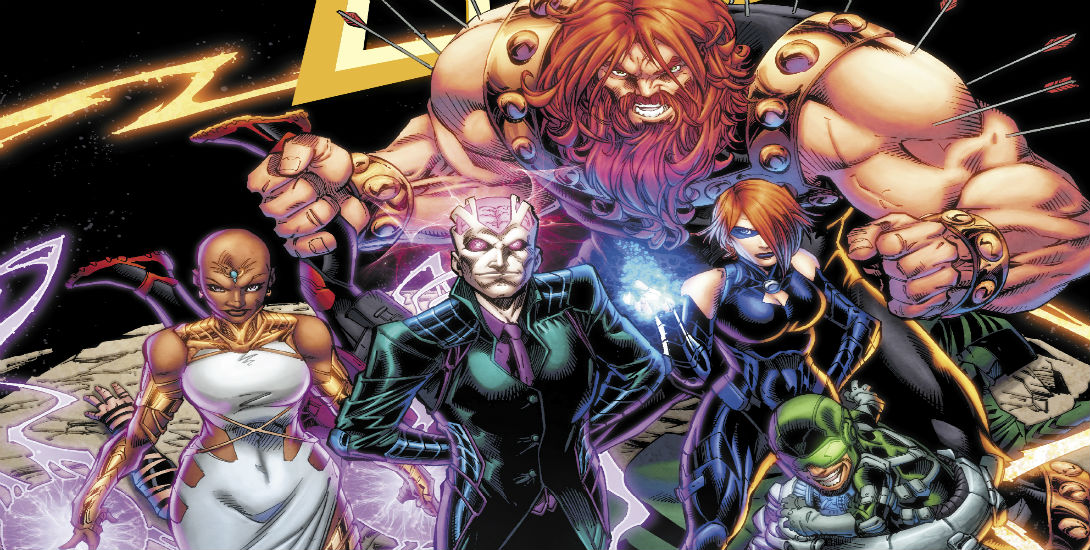 Summary
The Titans are fighting not only to save their powers, but their very lives as the Fearsome Five unleash an onslaught! Nightwing and The Flash have already been captured with the remaining Titans launching an attack to rescue their friends. Will the Titans succeed? Or will the Fearsome Five auction the heroes powers off to the highest bidder?

Positives
This issue was full of action on every page and I enjoyed it! I’m loving the duo of Nightwing and The Flash! The bond between Wally and Dick is incredible and fun as always. The contrast between the Titans and the Fearsome Five is explored, and it seems at least in this issue that the Fearsome Five hold a slightly higher hand. Each page Booth gives us is full of action and very much detailed, I was actually disappointed when I got to the end — I wanted more battles!

Negatives
The only negative I have is Nightwing and Flash being captured but that’s because I’m pretty biased when it comes to those guys. Other than that I have no complaints about this issue. Abnett gives us a solid story that builds perfectly from the last issue without being too over the top at the same time. The pacing is perfect here.

Verdict
Titans #10 is a great read but I definitely recommend going back at least 2 or 3 issues to get the full scope of the story. Dan Abnett hits the nail on the head with the characters in battle this issue! Abnett leaves us on a great cliffhanger that I look forward to reading in the next issue as well.