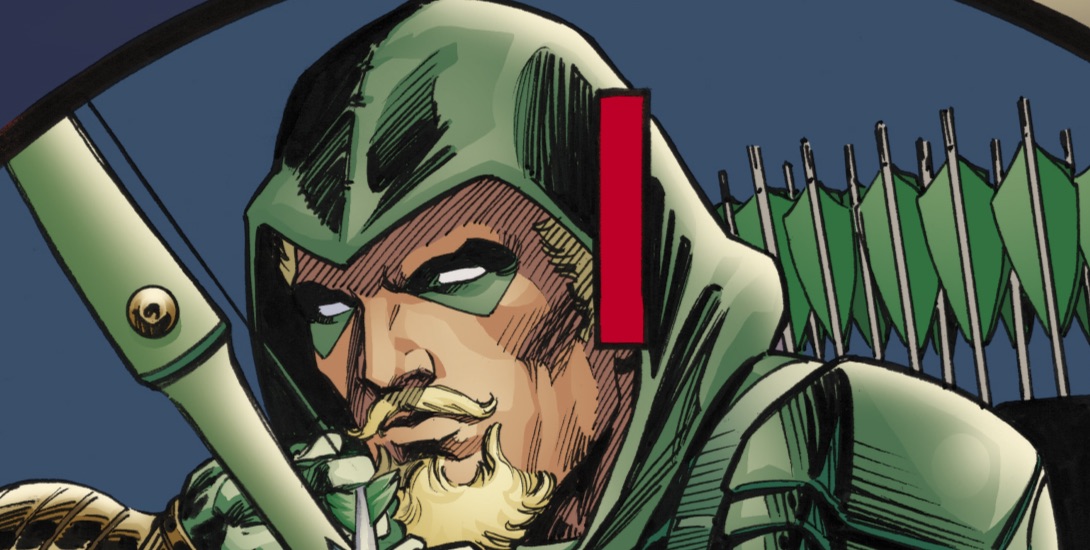 Summary
Broderick starts his plan to destroy Seattle with some familiar faces.

Positives
The cover is beautifully drawn by Juan Ferreyra. The detail on Oliver’s face is wonderful.

The interior art by Ferreyra is great as well. I love the different color schemes he uses for particular moments and scenes. The faces are expressive and detailed. The art is engaging and fun to look at on its own.

I like the choice of using Cheshire especially now that Roy is back in the fold. I can’t imagine we will get to see them hook up and have a kid but one can dream. Cheshire is also bad ass and scary in this as she sneakily crashes something very large.

Negatives
While the cover looks beautiful, it’s not that interesting to look at outside of appreciating Ferreyra’s technique. It’s just Oliver’s face and then Ollie and Fyers fighting at the bottom. It’s not really memorable to me.

This is pretty much a set-up issue. It really feels like nothing happens. There are interesting ideas but they don’t go anywhere because they’re being saved for next time. All that happens is Ollie narrates, villains do bad things and Ollie finds a secret. It’s not exactly riveting. I understand this is part one of a multi-part story but I have to review single issues on their own. And on its own, this issue is a little dry.

Verdict
This is an okay issue. There’s certainly nothing technically wrong with it. The art is wonderful and there is some solid writing. Benjamin Percy is very creative with how he uses the villains and their actions. He is clearly having fun with that and creates a nice sense of scale. This issue feels a lot bigger than the previous ones in this run. I just don’t think it’s all that interesting. Maybe if Oliver had been talking to someone instead of narrating I would have cared about that more but it does nothing for me as it is. This issue could easily read well in context with the trade but I don’t think it works on its own. I recommend waiting for the trade on this one.