Constantine and Mercury are attacked by werewolves.

The cover by Riley Rossmo is hilarious and awesome. I adore the werewolf strippers still dancing in the background; that is such a funny detail. The light from Constantine’s lighter creates a nice effect that looks cool and works as a contrast to the purple and pink club lights. It’s a great looking cover. 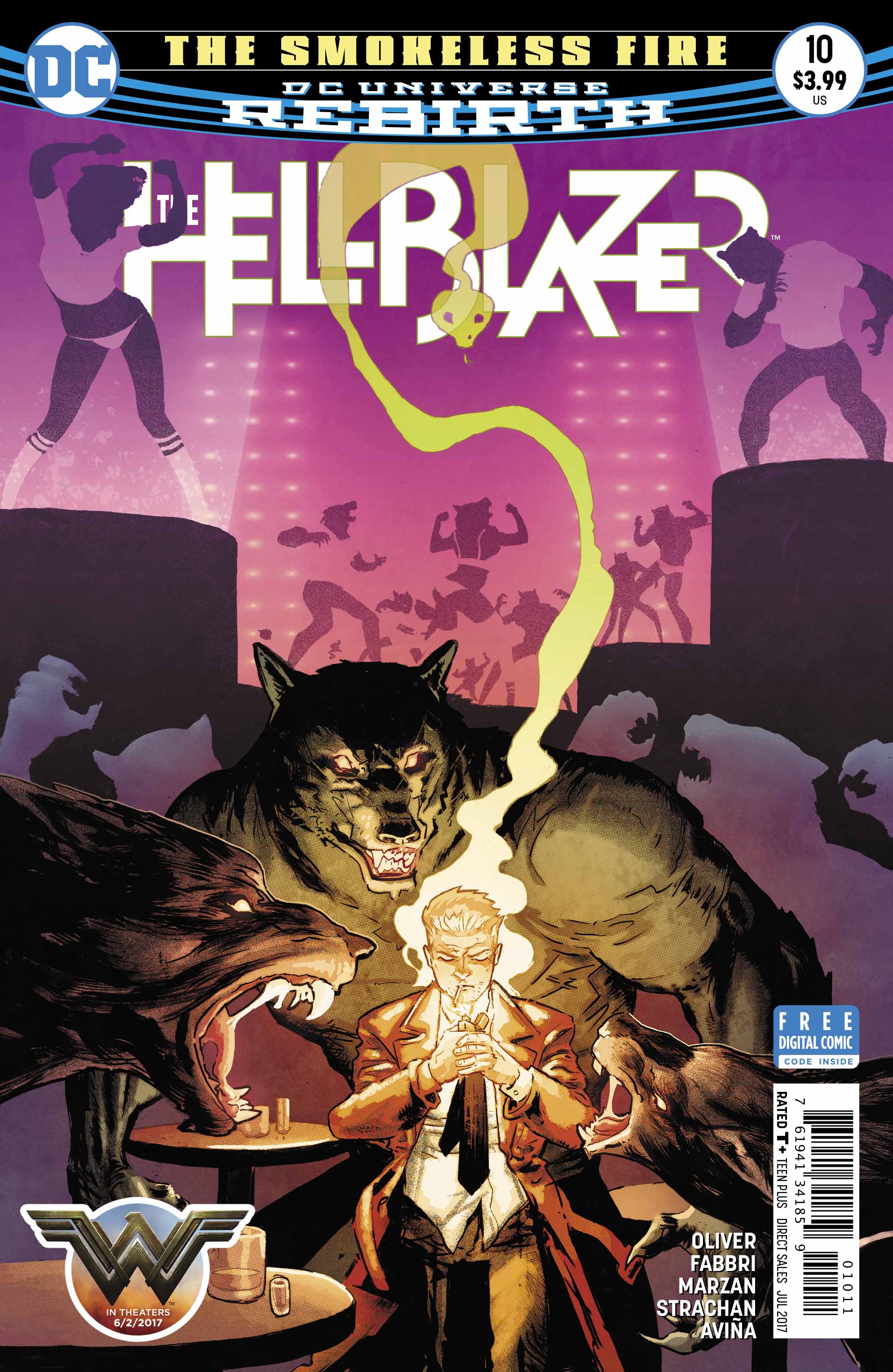 The interior art features pencils by Davide Fabbri, inks by Jose Marzan Jr. and colors by Carrie Strachan and Tony Avina. The art is solid. The characters look good and I like the werewolf designs. The highlight of the issue for me in terms of the art is the club scene. Strachan and Avina get to play with a variety of different colors and it looks great. Purple is the most effective one they use in creating a mood and atmosphere. 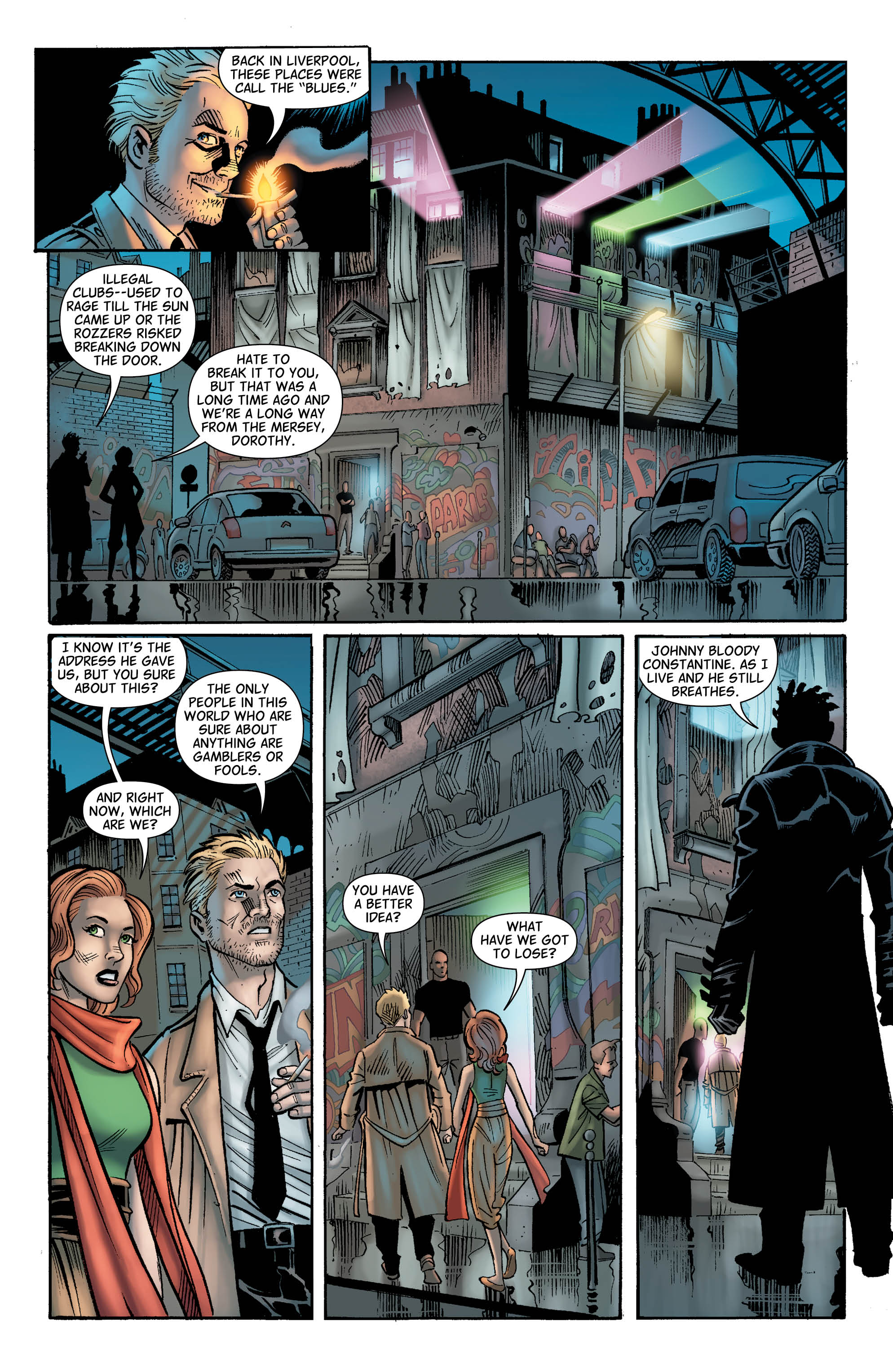 Constantine is dealing with the fact that he’s getting older which is interesting. It’s a comic book universe so he really isn’t but I like that Simon Oliver is trying to play with these ideas. Constantine is slower and not nearly as cunning as he used to be. He’s probably nearing a mid-life crisis. That’s interesting and something everyone is going to have to go through at some point. It’s an effective idea and perfect for Constantine.

I still think this overall story is a little dull. I’m not really interested in what the villain is doing; there’s nothing really compelling about him. While there is an amusement factor to Constantine fighting werewolves, that doesn’t really happen. Constantine and Mercury run away from the werewolves and have to be saved. For the sake of Constantine’s character arc, that needs to happen. The story wouldn’t work if he defeated the werewolves but some sort of fight might have been fun. It’s a little dry.

Overall, I think this is an okay issue. The issue does start a potentially compelling character arc for Constantine which is nice; I think the story really needed this. The concept of werewolves is fun and I like the art, especially the colors at the nightclub. However, I still found the issue to be a little boring. I recommend waiting for the trade on this one.