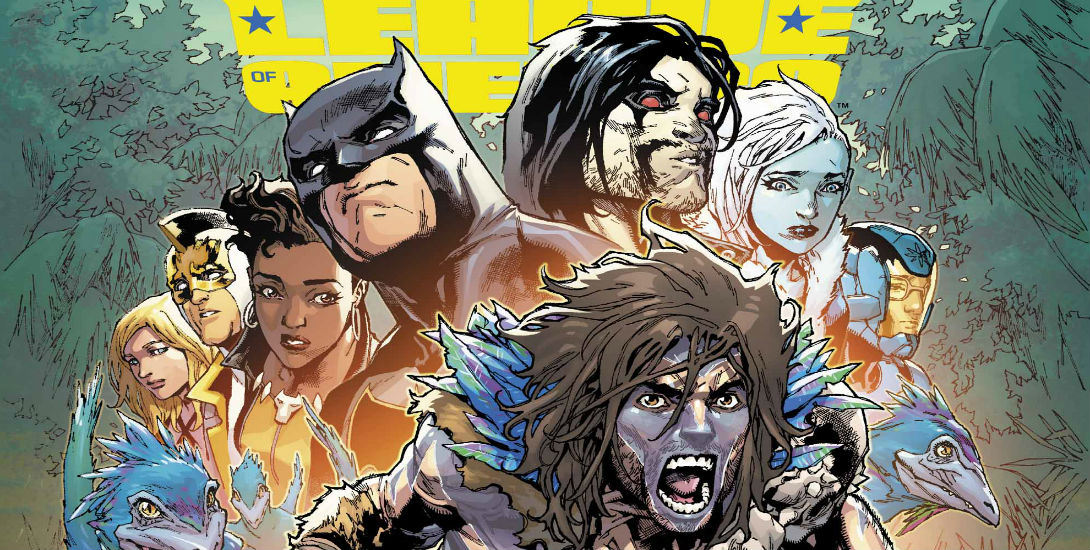 The Justice League of America encounter the forces of S.K.U.L.L in Monster Valley, an island that no one is supposed to know about! It is here that they encounter a lost savage, the man known as Makson. The League brings Makson back to civilization and he’s soon reintroduced to the lifestyle and family that he lost long ago. However Batman and Black Canary know something is wrong with this fairy tale ending and soon investigate.

This story starts out with fast paced action right from the beginning! The Justice League of America are now a molded team thanks to the leadership of Vixen and Black Canary. With the addition of Batman providing support there’s hardly a task the League can’t accomplish. Orlando really shows how much growth and trust the team has developed over these last few issues, but in this very same book that growth is put to the test.

The only negative I have about the book was the character of Makson himself, but that soon changed. Early on in the book he has the traits of basically Tarzan, but being raised by reptiles instead. Once he gets back to America, he regains his vast wealth and power which was once his parents. However Orlando places a real unique spin on Makson’s story by actually making him quite homicidal. Seems that he has an elaborate plan to wipe out over 600 members of his family–and he’s just getting started.

I enjoyed Orlando’s spin on a homicidal Tarzan who I can’t wait see take on the Justice League of America. From the early pages of the book, we see Makson as being a pretty fierce fighter, so it’s a safe bet he’s gonna give Vixen, Black Canary, and maybe even Batman a run. Orlando leaves the book on a cliffhanger with the plan being revealed — just as it’s about to be carried out! Hopefully the League can stop it in time!