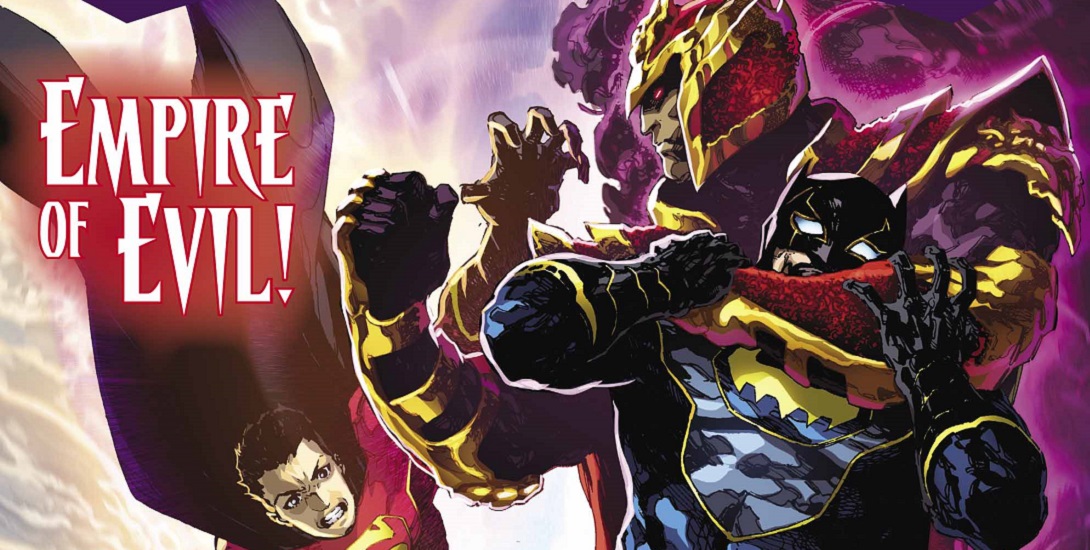 One of the biggest ideas presented in the series, which is brought up again in this issue, is truth. What is the truth? Are we being truthful with ourselves? The Buddhists believed in six realms of existence and the best way to transcend through them was by being truthful to ones self in life, and then through death and rebirth could you transcend realms.

This issue picks up where the last left off, with Super-Man Zero attacking the giant turtle monster. But unlike Kong Kenan or the original Superman, Zero doesn’t much care for anything but the fight and throws the beast into the city. This puts the JLC into action to stop both threats immediately and has some grotesque consequences for Deilan!

The story in this issue is extremely well conducted, with each character and event fitting perfectly into place to suit the narrative. The subject of truth is also interesting because in the context of eastern and western philosophies brought up in this issue. It is a fluid subject.

The art of Billy Tan is also great! While distinctly different from Victor Bogdanovic’s, it works well and flows naturally with the characters in the book. Tan’s approach to drawing expression is highly enjoyable, with his use of high detail to show wrinkling in the face to show natural looking emotion instead of cartoony over-exaggeration.

There is really nothing negative worth mentioning in this issue.

This issue is solid, it is a great read with lots of action, cool enemies, and a lot of reveals all crammed into a small 22 pages of comic!