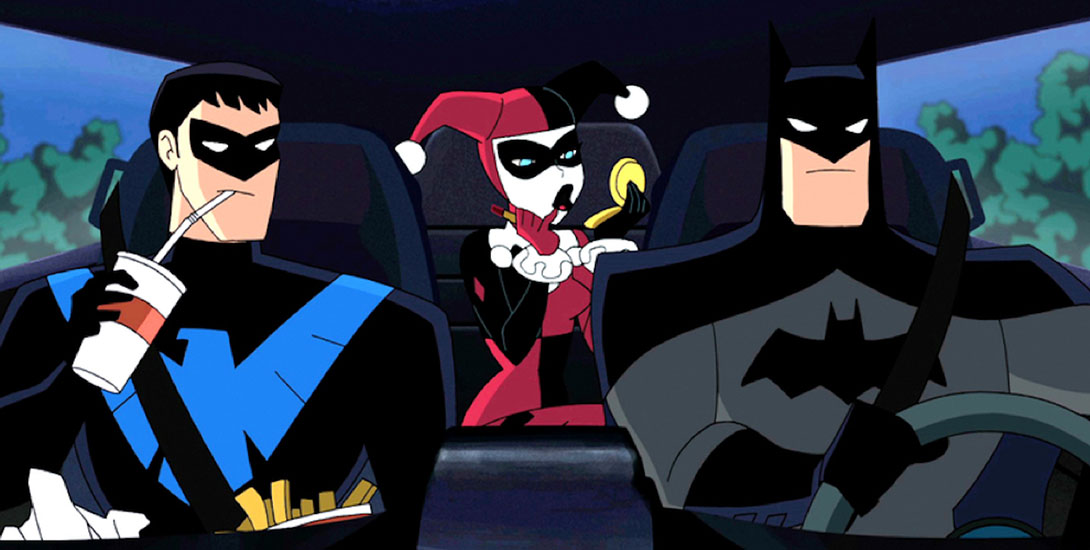 Recently Warner Bros. told the world that next month at the San Diego Comic-Con, they will premiere their newest animated film, Batman and Harley Quinn, in Ballroom 20 on July 21st!

If you are like me, and can’t make it to SDCC this year, do not fret because you can still check it out digitally on August 15th, or wait till it hits Blu-Ray/DVD on the 29th of August. Now if you are curious who is going to be doing the voices then let me put your mind at ease in saying that Kevin Conroy is continuing his amazing talents as Batman, Loren Lester as Nightwing, and they have recruited none other than Melissa Rauch from The Big Bang Theory to voice Harley Quinn. Additional casting for Poison Ivy and Jason Woodrue are done by Paget Bruster and Kevin Richardson! If you want the synopsis or general plot, here is what they have released on it thus far.

In Batman and Harley Quinn, Poison Ivy and Jason Woodrue (a.k.a. The Floronic Man) embark on an ecological quest to save the planet – and, unfortunately, eliminate most of humankind along the way. To save humanity, Batman and Nightwing are forced to enlist Harley Quinn to catch Poison Ivy, Harley’s BFF and frequent partner-in-crime. But Batman’s patience is put to the test by the unpredictable and untrustworthy Harley during the twists and turns the reluctant companions face during their bumpy road trip. The result is a thrill ride of action, adventure and comedy no Batman fan has seen before.

It is directed by Sam Liu (Batman: The Killing Joke) but the story, teleplay, and one of the Executive Producers is none other than Bruce Timm! Jim Krieg (Justice League: The Flashpoint Paradox) has teamed up with Timm on the teleplay writing. The Executive Producers to join Timm are Sam Register, Benjamin Melniker, and Michael Uslan. The Co-Producer is Alan Burnett who worked on the Cartoon Network series, The Batman.