The original Bombshells lineup discovers how Killer Frost became a killer ice queen and end up tangled in the dangerous delusions of Hugo Strange. Then, as Faora joins the battle in Leningrad, she reveals to Supergirl what her origin is and how she is related to Faora. 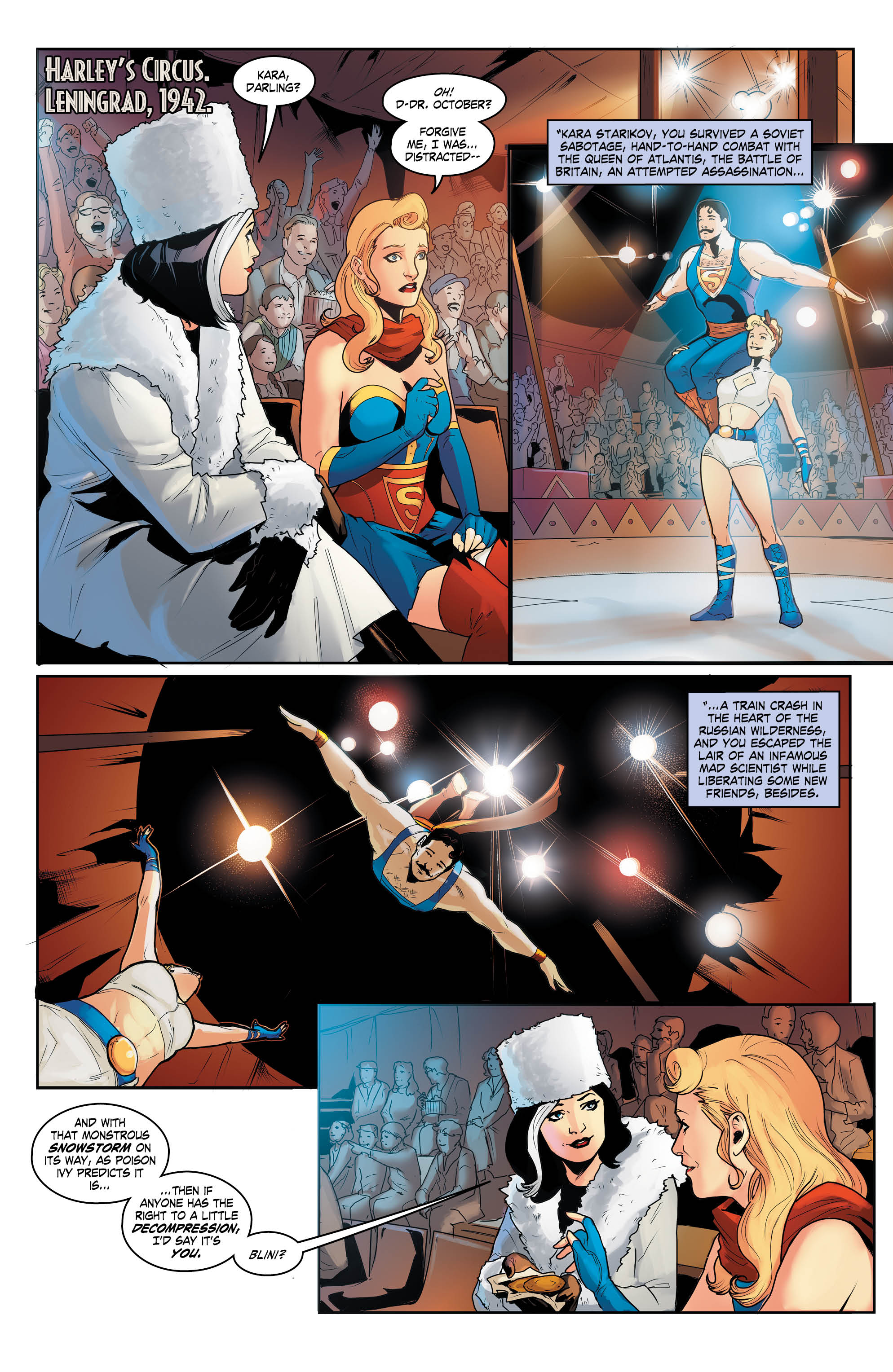 We catch up with Zatanna as she recruits John Constantine in her fight against Raven, as truly a war is coming. Kara, on the other hand, is at a crossroads, as she discovers just how dangerous Kryptonite is and how evil Lex Luthor and Hugo Strange are. Killer Frost is probably the best part of this issue, as autonomy as a villain is much more formidable than any other version of her in the DC Universe. The inside joke about a certain actor who played Batman was a nice snare at the infamous thespian.

What Frost brings is an army much akin to Sauron’s army in Lord of The Rings, that is why it is a good thing Zatanna and Constantine have a few tricks up their sleeve, with an unexpected surprise from one of John’s old friends, Swamp Thing 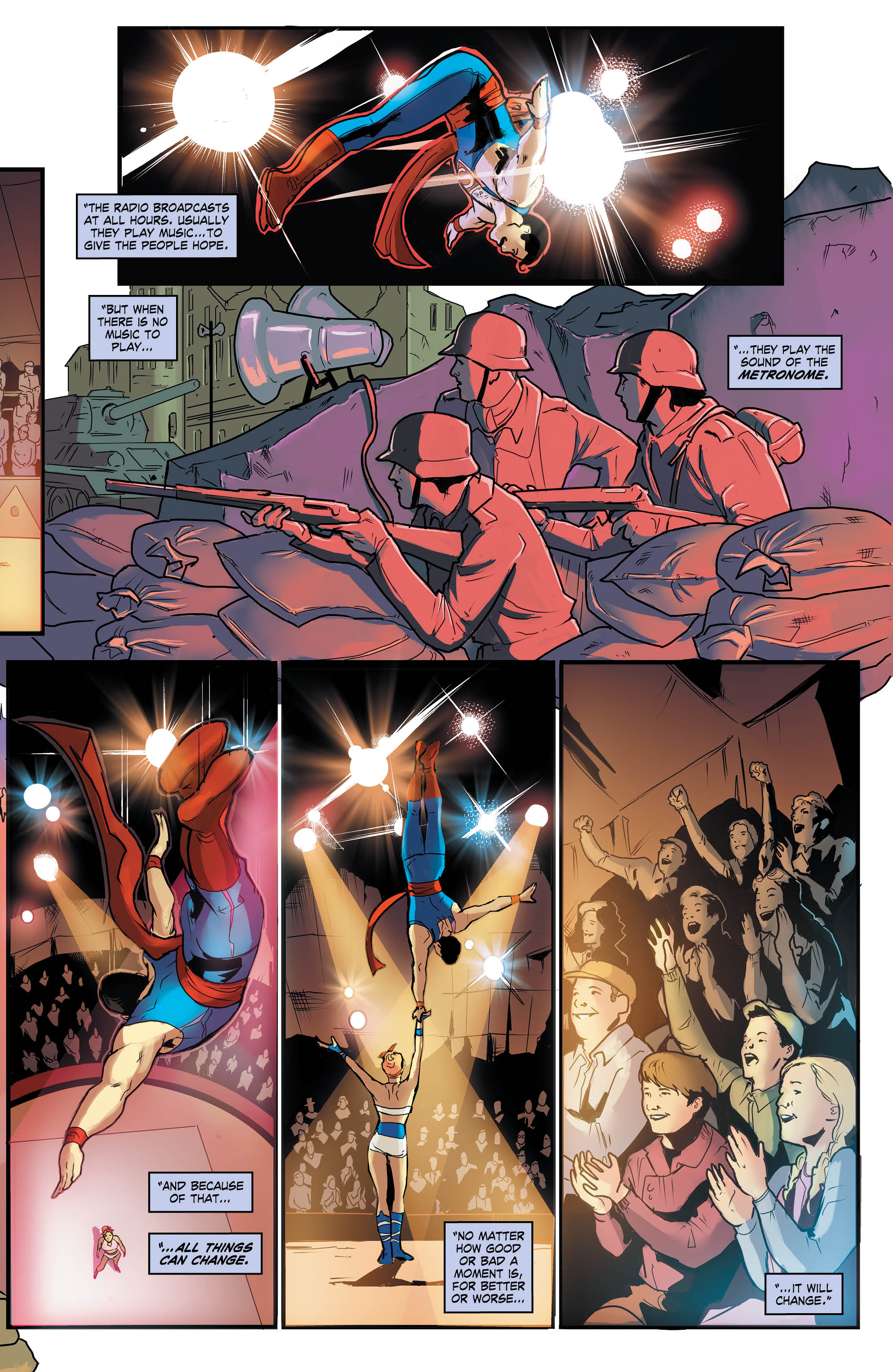 The only negative I have is the confused Superman clone, which is more like Frankenstein, and a man child.

Worth buying for the alternate versions alone, especially Killer Frost and Faora.