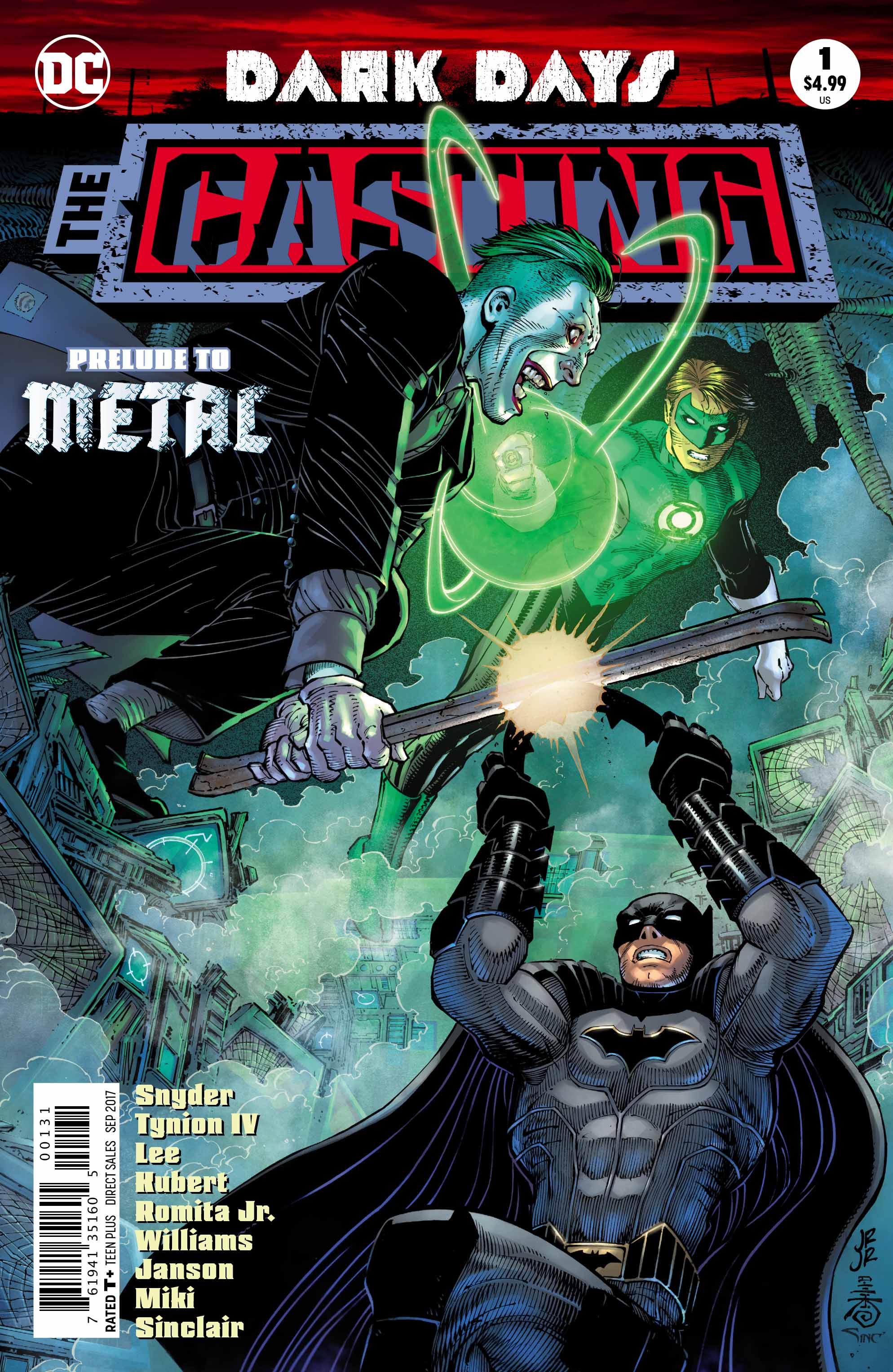 The mystery of the Nth metal thickens as more and more characters in the DC Universe are discovered to be linked to it in one way or another. Hawkman realizes his perpetual reincarnation actually predates ancient Egypt and Batman receives the Sunblade, a weapon created for Apollo and forged from the god of blacksmiths himself, Hesphaestus. Meanwhile, Green Lantern and Duke quickly realize why the Joker has been such a formidable foe for Batman all these years. But in doing so, Duke has a realization all his own that will have everlasting effects down the road. The Joker gets away, but Batman returns to the Batcave in time to see Green Lantern and Duke. To get the answers they are all looking for the trio initiate a plan, which might just make everything worse. 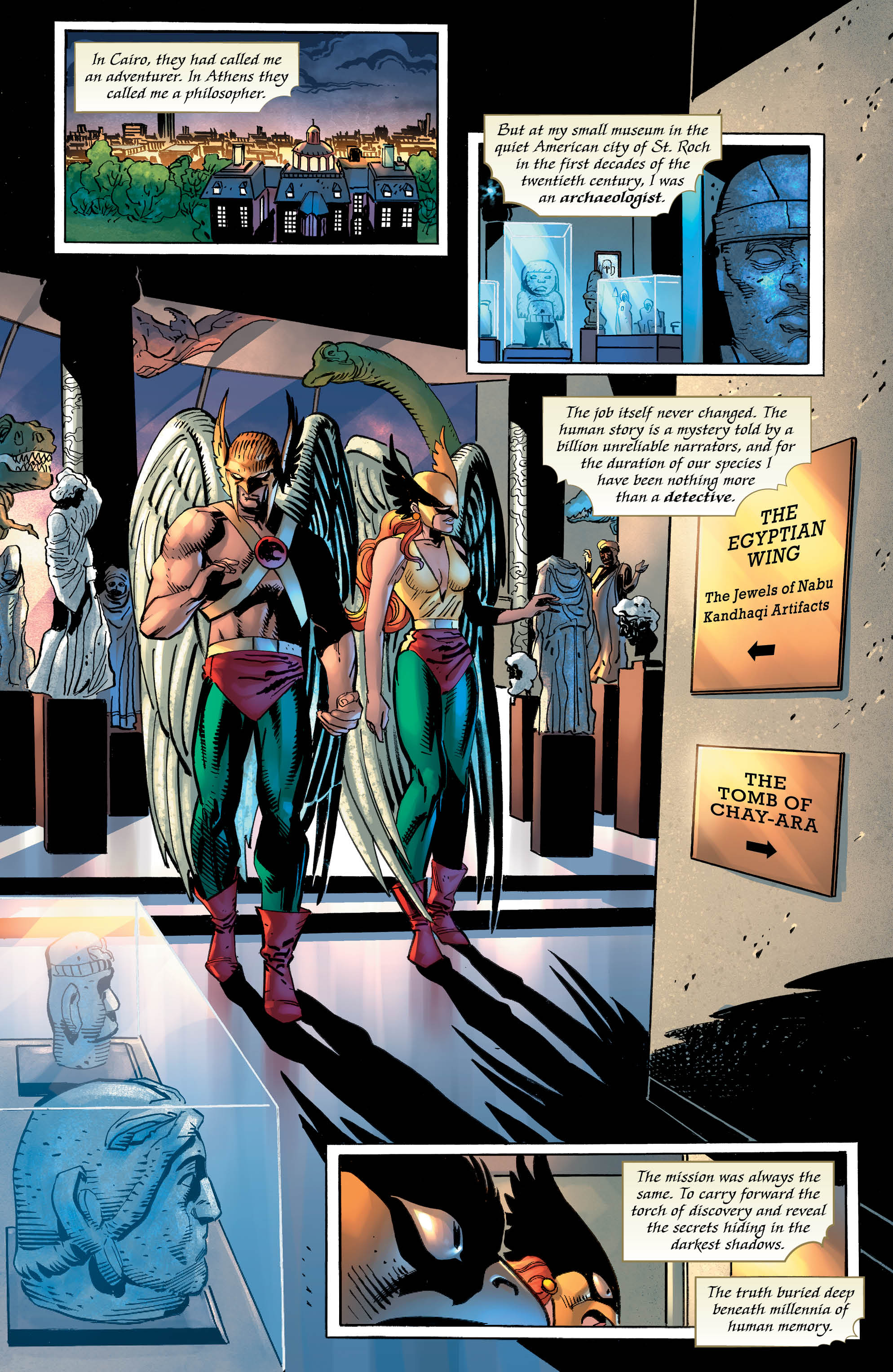 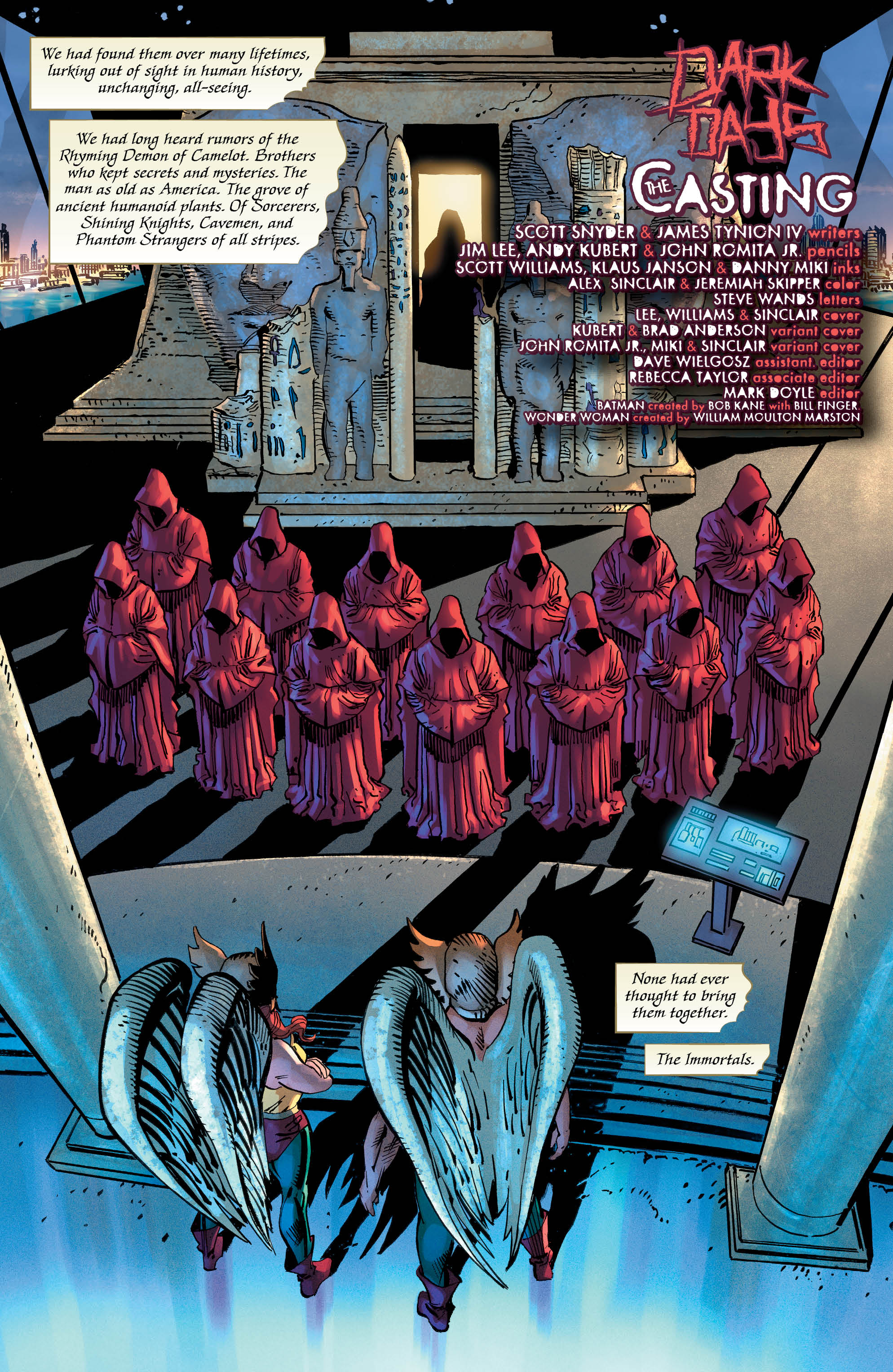 POSITIVES
I really like the pacing of the story. We are already getting answers, but are compelled to get the next issue because each answer comes with even more questions. The linking of the DC Universe through a potential single source is a unique take on these characters and I’m very interested to see how this ends up. The artwork, in terms of individual pages is, of course, fantastic when you have three of the industry’s top talents. 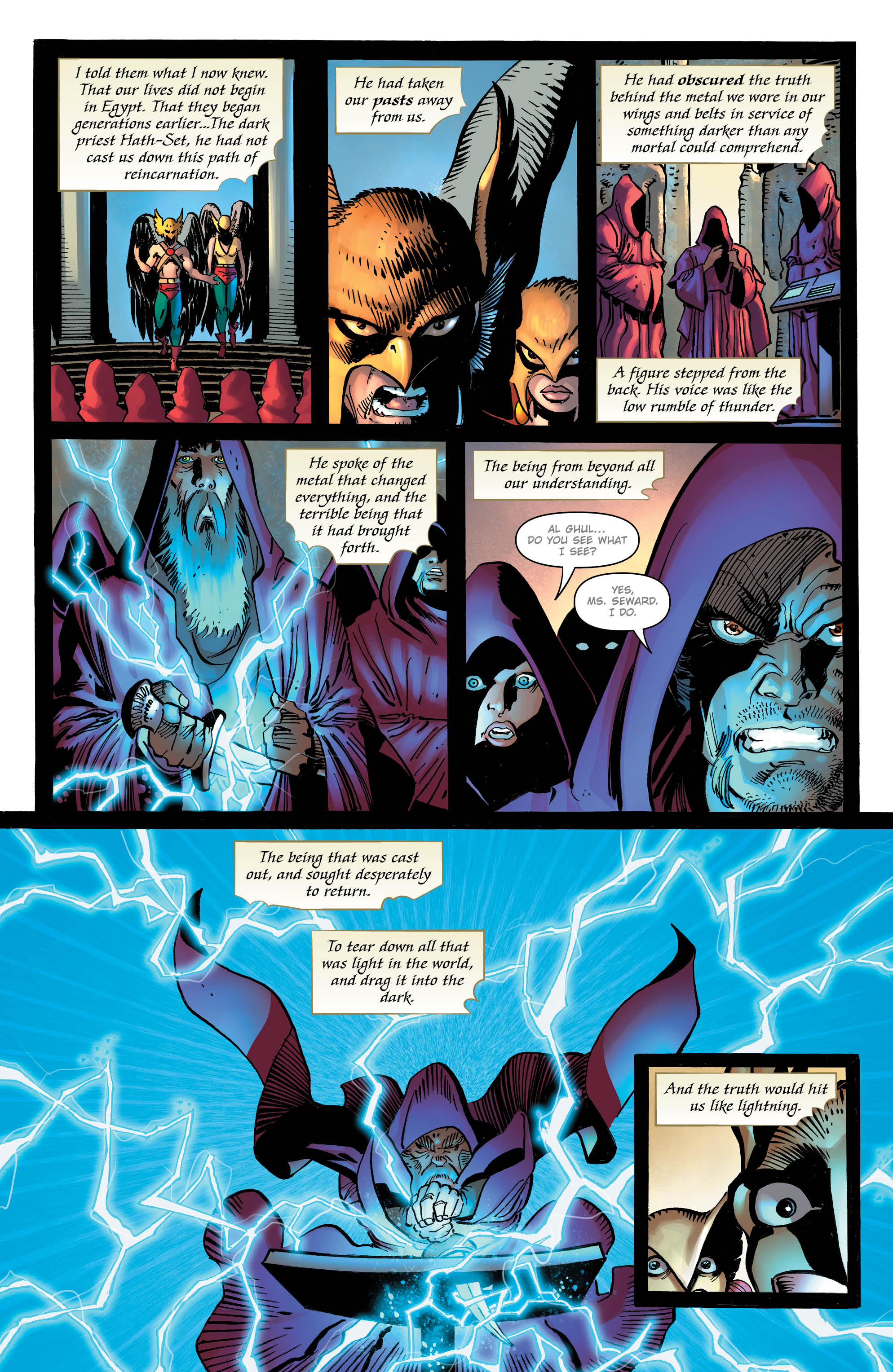 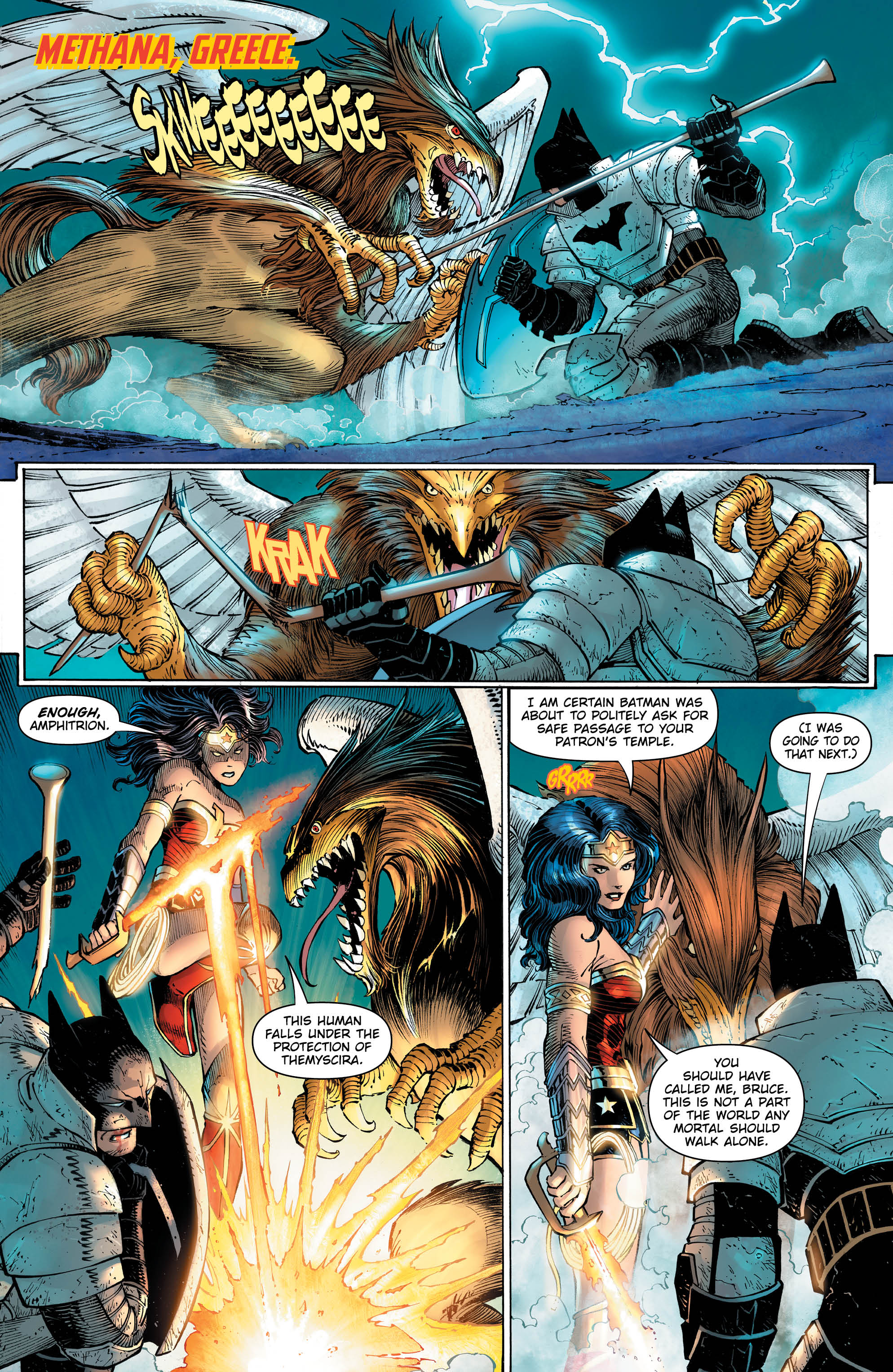 The only complaint is a very small one and is the same issue I had with Dark Days: The Forge – it’s the sporadic artwork. If they are going to have so many artists draw a single issue, they should be designated to different character subplots. I mentioned the first issue appeared to try that, at least with Hawkman, and it seems they tried it here as well. To be fair it does seem more consistent this time around but it does happen near the end. The Green Lantern, Duke and Joker section is primarily drawn by Jim Lee, then suddenly switches to John Romita Jr. This actually could’ve worked if they extended Jim Lee’s part just 2 more pages. Since Romita Jr. was drawing the Batman section, once he appears in the Batcave would’ve been a perfect time to switch to his style. 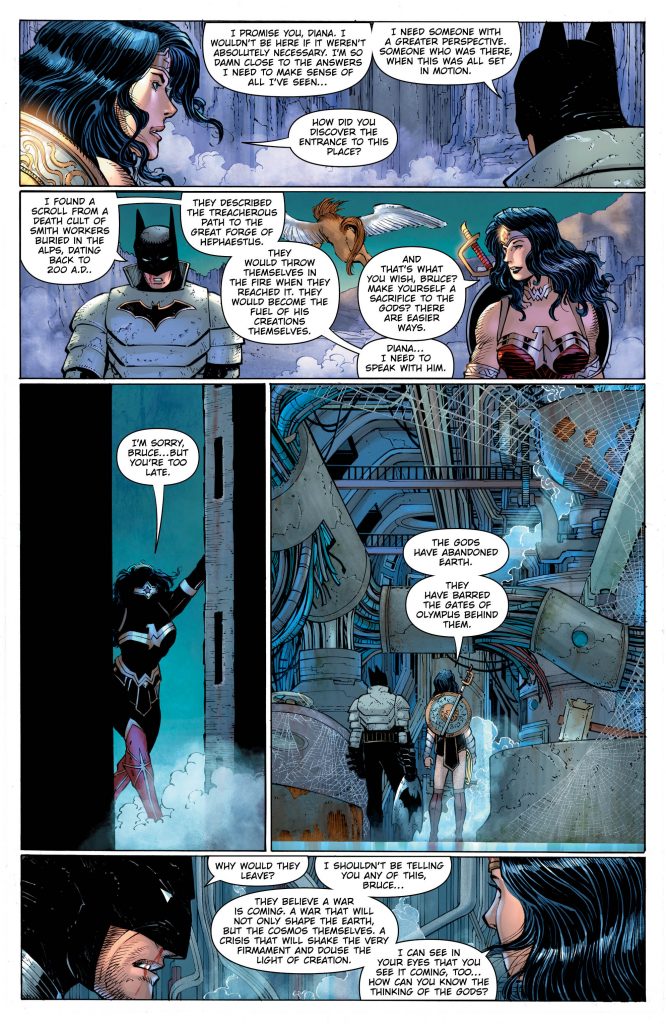 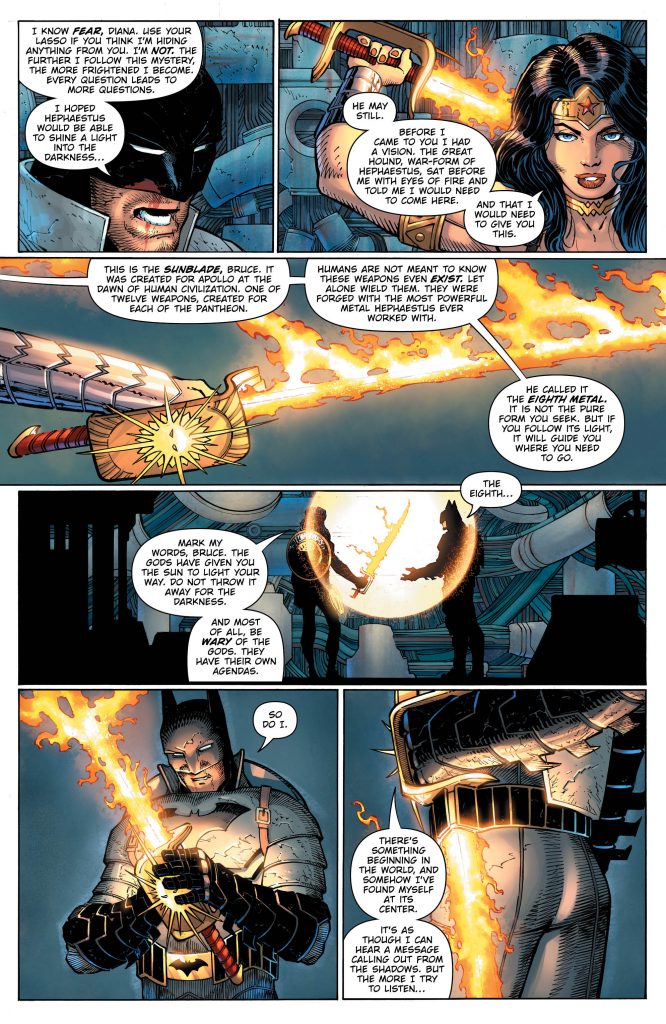 Dark Days: The Casting is a great follow-up to Dark Days: The Forge. As the mystery thickens the story itself is becoming more and more epic. The ending of this issue takes us to the Metal chapters and I’m very excited to see what’s next.