That’s right! THE Neal Adams is going to be doing artwork on Deadman for a DC miniseries.  Adams has had his creative touch in many different comics since the 60’s right on through to this new series where the former trapeze artist, Boston Brand, met his tragic fate and thus became the Deadman.

It would seem that Adams can’t let things go unfinished as the celebration of the 50th anniversary of Deadman comes up. He has started a new six-issue mini-series that pushes Deadman into uncharted waters that will test his metal. Adams had this to say in an interview with Syfy:

Intrigued enough yet? Well here is the official synopsis for it’s debut on November 1st:

Journey into Death part one! When we last left Deadman, the true story had barely begun! Deadman’s death was unsolved, and his fate was intertwined with that of his parents and siblings. Even the Dark Night Detective couldn’t solve the mysteries of Boston Brand’s fantastic secrets! Now, Batman is back, confronting Deadman about who was really behind his death. Was Boston Brand’s assassination a test for the League of Assassins? Why does Batman think Ra’s al Ghul was involved? And why does Deadman need the help of Zatanna, Phantom Stranger, Dr. Fate, and the Spectre to defend Nanda Parbat?

For those who are collectors of comics for this series or in general, you will be happy to hear that there is going to be a special glow-in-the-dark Halloween issue.  It will be in stores on November 1st. 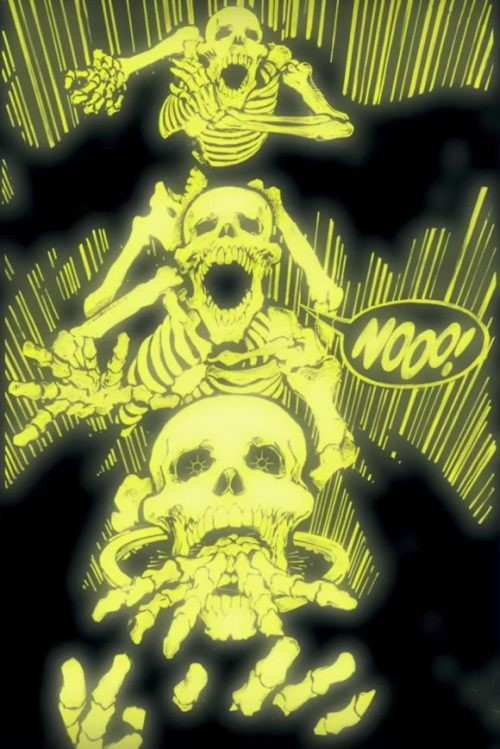