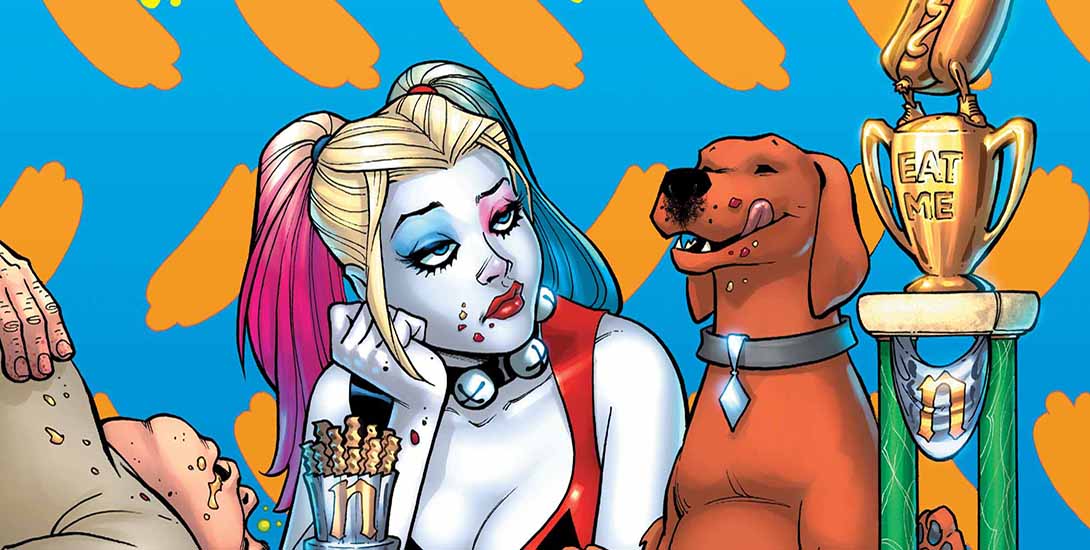 In the exciting conclusion to the visit of Harley’s parents, Clock King and Sports Master are in for some trouble. The two villains have another thing coming if they think they can get away with robbing a cruise with the Quinn family on board. Harley quickly jumps into action and finds herself in trouble, but her father and Goatsie strike. Very quickly we get to see how Harley became who she was when her father lets Sports Master know how much trouble he’s really in.

On the other end of town, Devani and Red Tool hit it off and strike up a deal concerning their future, and even Harley’s. Will Devani choose to kill Quinn in the end or will she go the way of Red Tool and become a fan girl of the psychotic psychotherapist?

This issue is packed with action and Harley’s parents are responsible for quite a bit of it. We also get to see how their personalities have impacted Harley and their decisions. After the action and many desserts, Harley and her mother have a great heart to heart that touches on the Joker and Harley’s current situation. It’s an excellent way for Palmiotti and Conner to benchmark their progress with Harley and help move her character growth along.

While the bulk of the character development happens between Harley and her mother, it’s her father who really shines.

While the story in this issue is fantastic, touching, and funny, the issue itself is rather wordy. Each page is extremely dense to allow for so much development. This does however, slow down the normally fast passed action of the series.

Overall, this issue is an action packed ride with a lion’s share of character development and emotional string pulling.