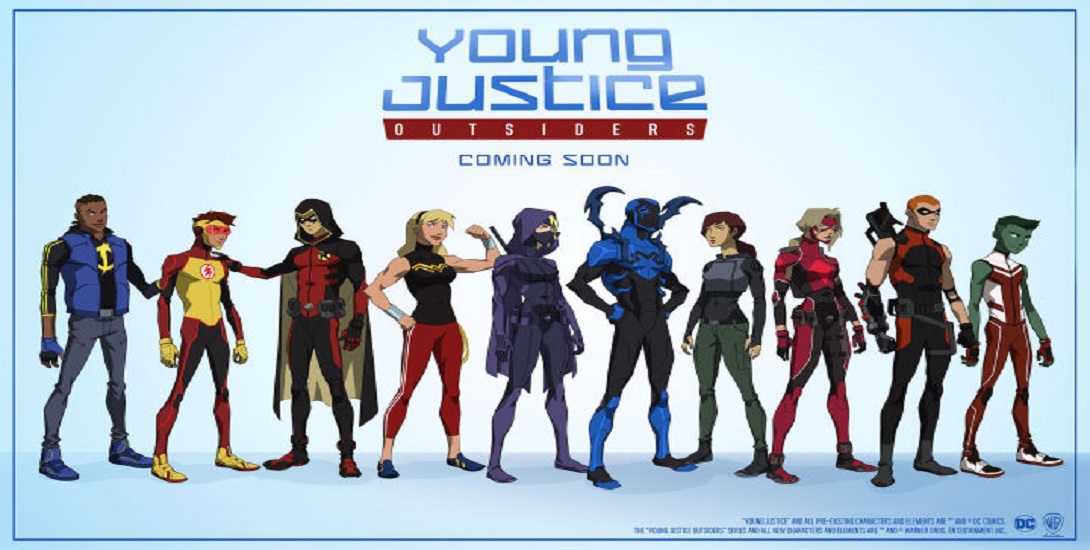 Young Justice just so happens to be one of the many shows that DC Animated has produced over the years and garner such a rabid fan base, of whom have clamored for its return since its cancellation back in 2013. Thanks to the outpouring of fans and the availability of the show on Netflix (which ends on August 1st), the show will return on DC’s own streaming service in 2018. At SDCC, at a panel talking about the upcoming season 3, Scott Collura of IGN, was there to report and here are some of the highlights from the panel:

At SDCC, new character designs were revealed for S3 and a new character was announced to be joining the team: a hero named Thirteen.

The panel kicked off with a trailer that looked back at the first two seasons, before bringing the team on stage. They explained that the success of the show on “a certain streaming service” (Netflix!) led the powers that be to realize that a revival was viable. Vietti joked that the time jump between Seasons 1 and 2 (where several years passed for the characters) inspired them to do a real-life time jump.

Weisman spoke about how the nature of the show has always been generational, and that as membership in the Justice League has evolved so has the membership of Young Justice. One of the goals of the show is to portray the passage of time, so the characters will continue to change, grow up, and evolve. So Stephanie Brown has now become Spoiler, and the little girl who Artemis saved in a Season 2 story was inspired to become a hero and is now Arrowette. As for who is Thirteen, the team were less forthcoming, preferring to leave an air of mystery to the character for now. (Could it be Traci Thirteen?)

There are currently 12 scripts for the new season finalized and about 10 or so in the works. There are four more episodes that have yet to be started on, but the season will be 26 episodes in total. But beyond Season 3, the producers said they already have ideas for a Season 4 and even a Season 5.

Also notable was Weisman’s pointing out that despite fan theories, the original cancellation of Young Justice had nothing to do with the green-lighting of Teen Titans Go!

Interestingly, they recalled that they were asked if they wanted to include the final scene of Season 2 which revealed the villain Darkseid had been working behind the scenes against Young Justice. Weisman said they knew the show wasn’t coming back at that point but that he also felt it was going to get revived at some point, and so the scene was left in. Turns out he was right!

Young Justice: Outsiders will be released in 2018.

The excitement of the return of the show is more than justified, although they have to watch it on  DC’s own streaming service, for fans of this show like myself, it will be more than worth the wait.