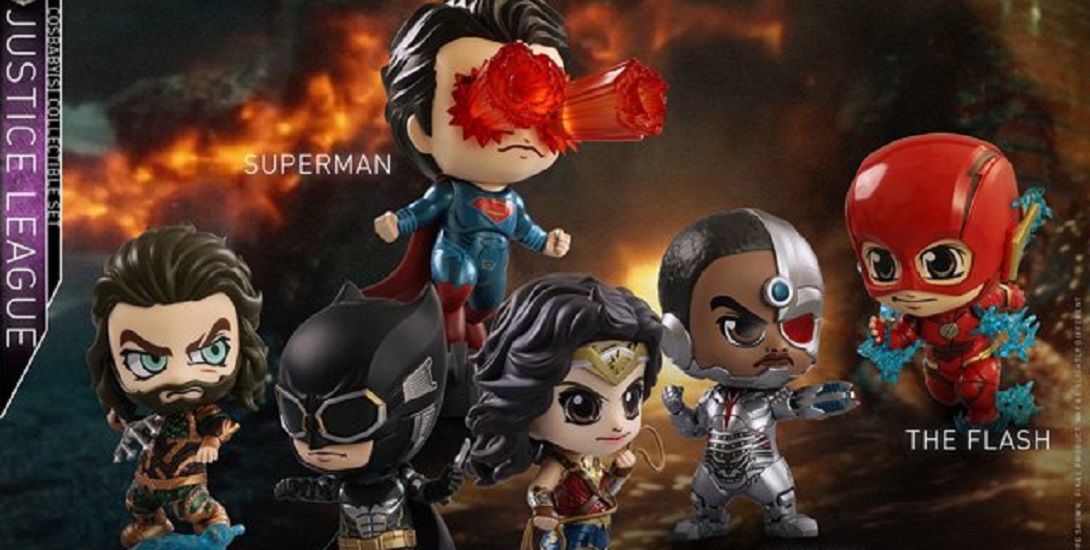 First unveiled at the San Diego Comic-Con, Hot Toys has now provided us with a good look at their upcoming Justice League cosbaby series.

The Justice League Cosbaby series stands about 10 – 12cm tall and includes Batman, Superman, Wonder Woman, The Flash, Cyborg, Aquaman and Mera. The cosbabies are equipped with rotatable heads and they are either armed with their unique weapons or abilities – Superman comes with magnetic laser-eyes feature. They can be obtained individually or as a set of 6. These figures will be available in Q3 or Q4 of 2017

Also revealed was the Batman and The Flash (Metallic Color Version) Cosbaby Collectible Set. Featuring both Batman and The Flash, the Cosbabies come in a set painted in metallic colors. These mini figures are about 11cm tall. These will also be available in Q3 or Q4 of 2017.

Justice League will open in theaters on November 17, 2017.