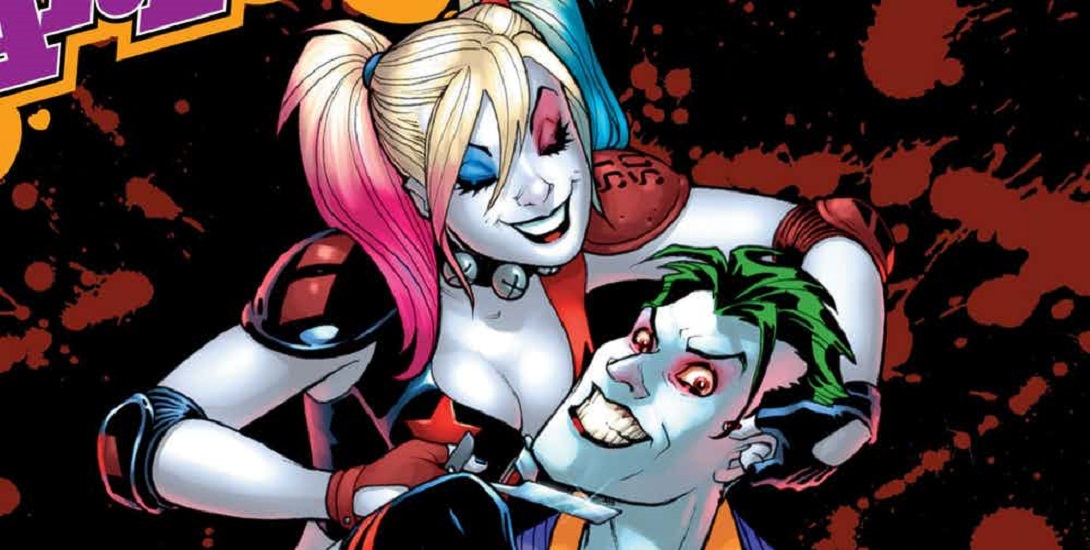 In an era when emotional and physical abuse are seen as signs of genuine affection – even cartoonish portrayals of it – more and more writers are telling stories that mean ‘no more abuse’ for Harley Quinn. Thanks to the upcoming series Gotham City Garage, which is based on the DC Collectibles statue line, DC fans will finally get to see the woman that Harley would have become if The Joker wasn’t around to make her (and break her) in his own image.

The comic book is set in a version of the DC Universe free of heroes, reduced to a single cyberpunk Gotham in an American wasteland ruled by rebel riders. As one might expect, Harley Quinn is among the most outlandish of the outlaws. But as the storytellers explain, all the sand and asphalt won’t distract from the heart of the story: a vision of the DC Universe in which the most beloved heroines self-actualized without their male mentors (or manipulators) leading the way.

Here’s what writers Jackson Lanzing and Collin Kelly had to say:

“A big part of the point of this book is that we’re trying to take the major assumptions that you make about the DC Universe, and across the board we’re trying to say, ‘Okay, let’s say you take those assumptions away. Where do the heroes come from? Who becomes heroic and why?

Whenever we can shift that paradigm, we do. So over and over and over again when we encounter a new premise here, we think, ‘Let’s look at this person from when they were a child in this world, to where they’ve become, and figure out how they got here that isn’t the way you know from the DC world.”

It may be a little difficult to imagine Harley Quinn as a purely heroic figure, and not a chaotic one to the same extent. That distinction is explained by removing the biggest negative influence from Harley’s life in Garage. In this universe, the brilliant Dr. Harleen Quinzel isn’t manipulated into becoming anything at all:

“So in our universe, for instance, Harley Quin self actualizes. There is no Joker, so she doesn’t become Harley Quinn as a reaction to The Joker. She becomes Harley Quinn because of things in her own life that force her towards that rebel action. This Harley Quinn inspired The Joker, not the other way around. We have a Joker, but he’s her lackey, he’s following her around, he’s always trying to get her attention.”

The writers went on to explain that the man evolving into Joker in this version of reality actually hails from the cyberpunk-inspired city of Gotham, looking as if he “walked out of a William Gibson novel.” The promise of seeing a Neuromancer-esque version of The Joker may be hard for sci-fi or speculative fiction fans to resist, but the bigger question may be what draws him to obsession and devotion with one of the wasteland’s wildest wild cards.

Neither Lanzing nor Kelly are giving up more details for now, but did confirm that while it’s only the women taking the spotlight for now, Gotham City Garage gives as much love and creative spark to the younger male heroes of DC. The former writers of Grayson aren’t just promising to do the former Nightwing justice (perhaps with a very different personal history with Bruce Wayne), but have a wasteland version of the Red Hood that should keep Jason Todd fans happy, too. It’s not just Gotham stars, either: the pair’s most cryptic tease – coming as music to Green Lantern fans’ ears – is a version of Guy Gardner who was never recruited to the Green Lantern Corps, but left to find a different form of existence in this world. No clues, other than saying Guy’s alternate history will be “heartbreaking.”

Gotham City Garage #1 will arrive August 16, 2017, with a new chapter released biweekly through October 2017 and weekly thereafter, with print issues available in October.