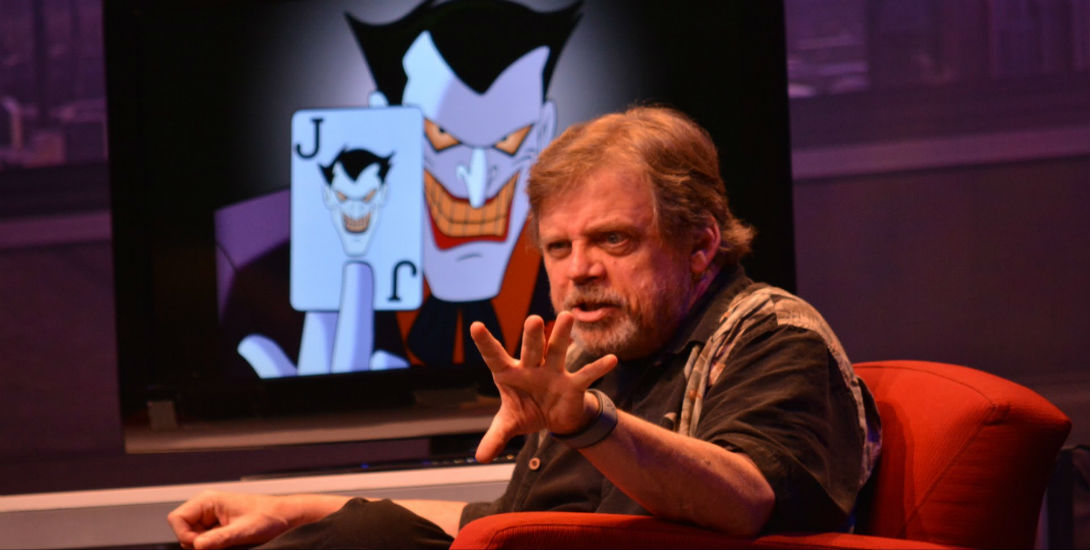 Mark Hamill is most notably known in two roles. The first one is his portrayal of the Jedi Knight Luke Skywalker in the Star Wars franchise and the second one is his lending of his voice to DC’s most notorious villain, The Joker. But it seems that Hamill was not the first choice of the creative team: they wanted Tim Curry of The Rocky Horror Picture Show and Stephen King’s IT.

In a panel in SDCC 2017 while promoting the Blu-ray release of Batman: Mask of The Phantasm, Bruce Timm, DC’s Animation veteran, shared his thoughts about Hamill doing The Clown Prince of Crime.

“Most of you guys probably know Mark first did the voice for us in the first Mr. Freeze episode; he played the guy who caused Mr. Freeze’s wife to end up in a coma. He was so excited and full of enthusiasm for Batman. He’s a huge comic book fan and he really wanted to play one of the big villains at that time and he specifically mentioned The Joker, and at that time we were using Tim Curry as the Joker. And he was really disappointed and he said, ‘well, if anybody else shows up like Hugo Strange or somebody, give me a call.’ So many months later we made the difficult decision to replace Tim and we brought Mark in to audition for The Joker and he nailed it.”

And as the saying goes, the rest is history.

Mark Hamill is an accomplished voice actor who was featured in various incarnations of The Joker. He first lent his voice in Batman: The Animated Series which was heavily influenced by Tim Burton’s 1989 Batman. He then continued voicing the villain in The New Batman Adventures and Justice League. Mark Hamill also voiced The Joker in Rocksteady’s critically acclaimed and best-selling Batman: Arkham trilogy video games. He was also featured in animated feature length movies such as Batman: Mask of the Phantasm and Batman Beyond: Return of The Joker. He has gone on to continue voicing The Joker and also Swamp Thing in the new animated series, Justice League Action. Recently, he voiced The Clown Prince of Crime in the straight-to-video animated adaptation of one of the most controversial and famous Batman stories, Batman: The Killing Joke.

Batman: Mask of the Phantasm was released on July 25 on Blu-ray which stars Kevin Conroy as Batman and Mark Hamill as The Joker.