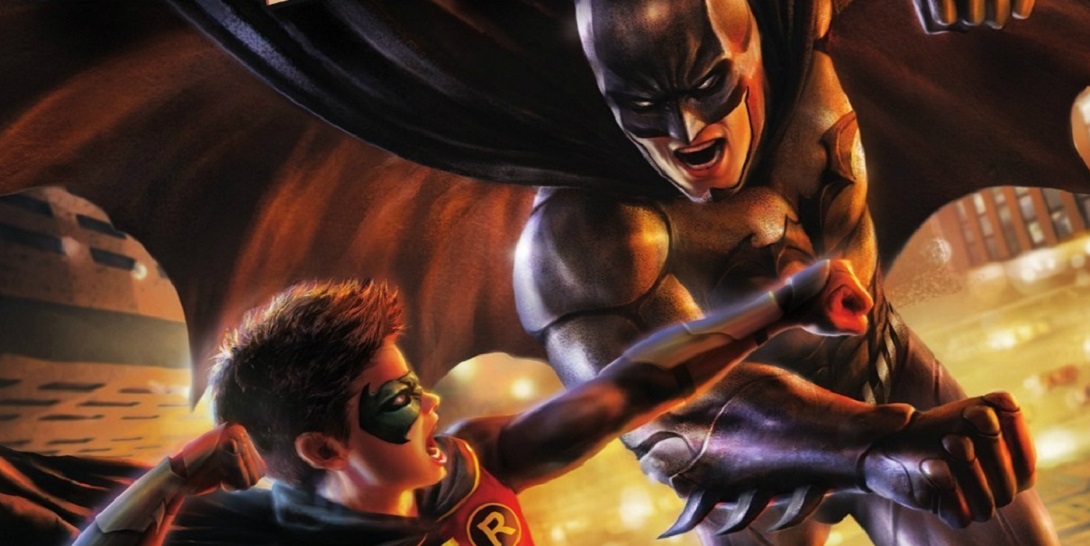 Picking up from the events of Son of Batman, Bruce Wayne and his son Damian are still trying to find common ground both in the field as the new Dynamic Duo, and in the public eye. The problem is Bruce is not yet ready to unveil Damian to the world as his biological son and keeps him on the property grounds at all times, which only adds to the distrust growing between them. Amidst this is the growing threat emerging from the darkness: The Court of Owls, an illuminati-style consortium that Bruce once thought a myth, but was wrong. What’s worse is that their assassin, Talon, plots to coax Robin into their ranks with the promise of no restraints, no limits, while both Bruce Wayne and Batman are both in their crosshairs. In a multilayered plot of greed, murder, and subterfuge, the Court’s biggest gamble will be pitting father against son.

The examination of a father and son superhero team continues and doesn’t fail to disappoint. It being a direct sequel, there is no need to go over what had happened in Son of Batman. The issues from the first film are re-examined and enhanced: Bruce is a father struggling to connect with his wayward son. One masterstroke on Casting Director Andrea Romano’s part is casting legendary Batman voice actor Kevin Conroy in a cameo as Bruce’s father, Thomas Wayne, for those flashbacks. Willful and disobedient, Damian is impatient to be introduced to the world as Bruce Wayne’s son. Bruce’s militant approach to reigning in his new Robin only serves to push him away. At one point, portrayed by Stuart Allan, Damian’s frustrations are brilliantly delivered in the line “A biological accident doesn’t make you my father, and it sure as hell doesn’t make me your son!” What makes that line work is there is a second-long moment where you see the look in his eye behind closed doors as he learns the impact those words had on his father. What makes the scene work is that you see Bruce’s relationship with Damian juxtaposed to his with his adopted son, Dick Grayson, given more screen time as Nightwing. Also given more of a light is the Wayne family butler, Alfred Pennyworth, who has more of a role to play in the plot as both aide du camp and father figure. Bat-fans will get a laugh when he alludes to his background as a Thespian actor.

Adapted from Scott Snyder’s opening story in the New 52 universe, the Court of Owls’ complexities are captured and, like in the comic, cemented into Batman’s origins. Through the Court, Snyder threw at Batman the notion that he did not know his city as well as he thought, and that ignorance comes back to bite him when his vision of a modernized, futuristic Gotham conflict with their own. The flashback scenes of a young, fearful Bruce trying to make sense of his parents’ murder by trying to uncover a possible link to the Court is a great counterpoint to the more assured, skilled warrior his son is at that age. One masterstroke on Casting Director Andrea Romano’s part is casting legendary Batman voice actor Kevin Conroy in a cameo as Bruce’s father, Thomas Wayne, for those flashbacks. The best story elements are thrown in, such as the hallucinatory labyrinth battle and the assault on Wayne Manor, both of which show the Dark Knight at both his strongest and vulnerable points. They also show Jason O’Mara’s emotional range without losing character; Batman’s rage and Bruce Wayne’s trauma. What also works is the nightmare vision that was actually played out in an issue from Grant Morrison’s run prior to The New 52, one of Damian an adult, lethal version of Batman. The vision is both tragic and a breakthrough for Bruce, who has done nothing else since his son came into his life but control and contain him.

One departure from the story is the establishment of the character of Talon and Samantha, voiced by Jeremy Sisto and Kary Wahlgren, respectively. Sisto is no stranger to the DCAU, given he once voiced Batman for Justice League: The New Frontier. The identity and motivation for Talen has been changed from the comic to create a parallel that of Damian’s background in the same vein as Deathstroke was in the previous film, but more sympathetic and complex. Further, his arc also adds to Batman’s struggles beyond being the catalyst for the inevitable (and amazingly choreographed) brawl between he and Robin. To Robin, he is the release from the restrictive rules that his father thrusts upon him. In Talon’s eyes, he sees the boy he once was and the same potential to leave his father behind and forge his own destiny. Of course, the problem in that lies in his deep-rooted feelings of (or lack of) self-worth in the eyes of the Courts, feeling expendable and used despite his relationship with their Grandmaster, Samantha (masquerading as a man to the Courts). Much like Damian’s fight with Bruce, Talon’s rebellion against his masters and his love is the result of those unresolved issues, but with more deadly consequences.

The character of Samantha allows for more a justifiable spotlight on Batman’s Bruce Wayne persona. It is through their date together that the viewer learns about Bruce’s plans to revitalize the standing structures of Gotham. But, of course, she proves more than just a vehicle, but rather the main co-antagonist in this plot. It is also her decision to masquerade as a male Grandmaster that gets across to the audience the old-fashioned values of the Court of Owls, in particular gender roles. Grey DeLisle’s voice is masked by the overlay of Robin Atkin Downes’ dialogue behind the mask, but there is a noticeable duplicity in demeanor when interacting with either Bruce or Talon. With Bruce there is a lighter, flirtatious tone, while with Talon, especially in the bedroom scenes, there is a seductive, darker side with deep emotional investment in her lines. Griffin Gluck, who voices young Bruce, has a delivery that has varying degrees of fearfulness, conviction, and disillusionment. Whether he is grieving in the kitchen with Alfred at his loss and failure, or an imagined manifestation chastising Batman in the labyrinth scenes, Gluck’s performance reveals the versatility of this young actor.

The animation has not faltered since the last film, and in fact improves upon its predecessor, especially in the aforementioned fight choreography. Nightwing is finally given a spotlight on his fighting style, which is a combination of both Batman’s fists and feet and his own natural acrobatic ability. Every combatant’s style is different and reflects their character. The sparring match between he and Damian, and the later fight between he and Talon, show off the notion that he is a mix of both MMA and Cirque de Soleil. In a way, it perfectly compliments Batman’s fisticuffs during a cool nod to their Dynamic Duo days in their battle against the resurrected Talons in Wayne Manor. Talon’s fighting style – consistent with his weapons – is like that of a predatory bird or a wraith with wide arm movements when he has room to maneuver. Damian’s style, although as skilled and agile as both Bruce and Dick, still fights with more energy and grunts that are consistent with how a child would fight: Nothing held back. The costume design for Robin is more refined, whereas in the first film it was thrown together at the last minute. The cape and hood are now one with the yellow lining. Talon’s outfit is very manga-influenced and doesn’t lose the owl motif and is distinguishable from his zombified counterparts. The decision to model young Bruce Wayne to nearly match Damian’s look serves to accentuate the differences between them at the age of ten. The same expressionless face with a natural curve in the brow provide a visible relation and an underlying tale of generations.

There are few flaws, but they are worth noting. Some aesthetic, some wasted potential. When Batman puts on his cowl, it looks as though it’s both separate from the cape and there is a gap under the chin guard. When it’s in place they look like one piece. The sequence lacks believability, more so than when he took off his mask in Justice League: War, where the chin guard just vanished. The only cameo that feels like filler (although chilling in his performance) is “Weird Al” Yankovic as The Dollmaker. You hear his delivery and your face scrunches trying to determine some rational reason for how far he’s fallen. From a visual standpoint, he looks like a poor man’s Professor Pyg, another Grant Morrison creation with the same motus operandi with kids and masks. He is a wasted revamp of a character with much potential used as just a layer of suspicion between Batman and Robin when Talon kills him with Robin as the only witness. The labyrinth scene in the comic was originally depicted as a week-long torment for Batman, whereas this encounter with the Court was only a few hours. While realistically they couldn’t work that in, those who read the comic would feel that the Court let Bruce off easy. The hallucination of his parents’ murder and his son’s possible dark destiny salvage that near-miss.

Despite a few missteps, there are plenty of good moments and explosive action to keep both Batfans and DCUA fans alike. The Court and Batman both get the treatment they deserve with a strong complex plot, multilayered characterization, and an always stellar cast compliments of Andrea Romano to support both.