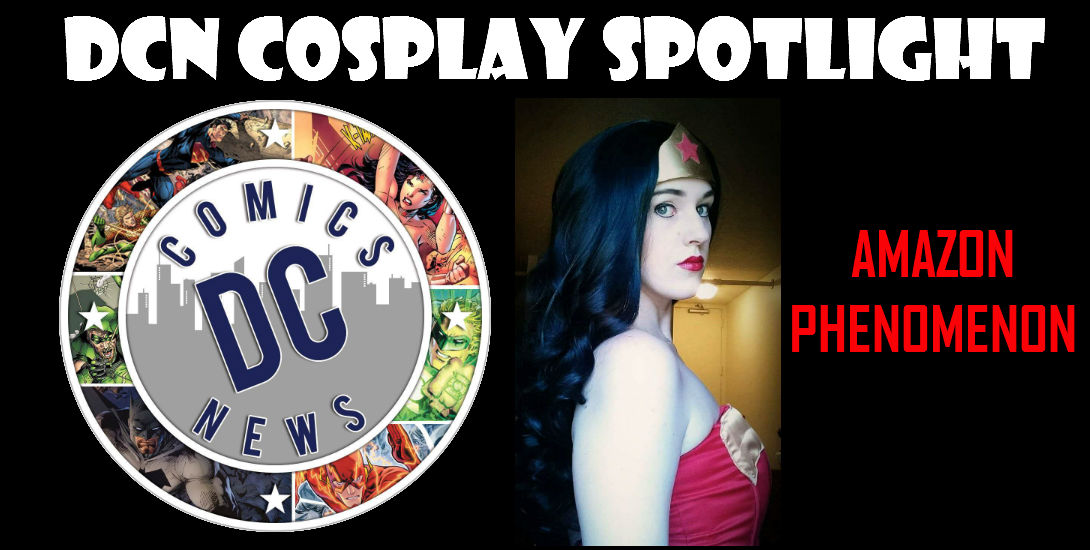 Cosplay is an important part of fandom, as it allows people to express their love for certain characters that they may not otherwise be able to do.  And we here at DC Comics News want to celebrate this show of love by spotlighting cosplayers around the world.  So welcome to DCN COSPLAY SPOTLIGHT!!!  This month we feature the beautiful Amazon Phenomenon.  Check out our interview below:
DC COMICS NEWS: I know that one of your biggest DC cosplays is Wonder Woman.  What is it, for you, about this character in particular that made you want to create a cosplay?
AMAZON PHENOMENON: The year I premiered Wonder Woman to the public, was actually the year I was supposed to do Shulkie [She Hulk]. However, I was in a theatre show and wouldn’t have had time to go home, wash green off and put on my show gear. So about two weeks before Twin Tiers Comic Con (T2C2), I decided to throw together a Wonder Woman cosplay. I originally did her for my mother, since Wonder Woman is her favorite superhero and she watched Lynda Carter growing up. As with all characters I portray, cosplay and non cosplay, I do my character studies and the more I got to learn who Wonder Woman was, the more I fell in love with her and understood why my mother loved her as well. She’s a true feminist icon and now, besides having a huge fandom to share with my mother, I love portraying her to empower kids to do what’s right, no matter who you are or where you come from.
DCN: Now that Wonder Woman has her own feature film, and has been introduced to a whole new generation of future cosplayers, do you find there to be any added pressure to portray the Amazonian Princess?

AP: When I went to see the movie and walked out of the theater, I felt a huge pressure and weight on my shoulders because Gal Gadot IS Diana Prince/Wonder Woman and she just blew everyone away on screen. Sometimes when there’s a popular character on media and you choose to portray them in public, you get asked to do a cool move the character did and you sometimes disappoint fans when you say you can’t. However, I don’t feel as much pressure now. I’ve been taking stage combat sword training with a good friend and I can still pose in epic-like stances. She’s still a huge feminist icon and the same Wonder Woman I loved before the movie. As long as I’m having fun portraying her, then that’s all that matters.

DCN: How long have you been cosplaying?  Do you remember your first ever project?
AP: I’ve been cosplaying for about three years now. Of course I remember my first ever cosplay because one: I was wearing a 14 foot long scarf and despite it being summer, I was surprisingly cool. And two: It’s when I met the Love of my life.
DCN: What has been your favorite cosplay project so far?
AP: If we’re speaking project as in building the cosplay and putting it together, I would have to say Anna from Frozen. She was the first cosplay who’s costume I made from scratch and my first really big project. I sewed the whole outfit myself and hand painted the designs. I was and still am really proud of that costume.

DCN: You recently created a Batwoman cosplay.  What made you choose this somewhat lesser known character?

AP: Where Wonder Woman is my best known super heroine character, Batman is my boyfriend’s. So I was very quickly drawn into the Bat Universe when we started dating. Batwoman was always someone I knew of but didn’t know much about. Then my boyfriend had me watch “Batman: Bad Blood” as he was catching me up on the DC animated films and I almost instantly fell in love with Kate Kane. I’ve always been more drawn to the least popular characters in books, movies and shows, and the ones not so mainstream. They’re not overdone and they always tend to have interesting and cool back stories not many people know about. I love how strong she is. I love how independent she is. I like that she’ll work with the Bat Family but shes not with the Bat Family. And with myself being bisexual and her being gay, I think she’s a great representative for the LGBT community.

DCN: How long did it take you to put the Batwoman costume together?

AP: Well she was a last minute character decision like Wonder Woman so it took two weeks to make and put together everything before Salt City Comic-Con.

AP: If you haven’t seen Adam Savage’s “My Love Letter to Cosplay”, then I highly recommend watching it. He describes cosplay and why people cosplay so beautifully, it made me tear up. However, it’s just a great community. I’ve loved dressing up in costumes since I was a little girl. And cosplay is a place where I can express myself through these universes and fandoms. You cosplay as characters who you relate to and connect to in some way, whether it be good or bad. Perhaps it’s a character who shares the same personality and/or traits as you. It could be that you’ve gone through a similar event the character did. It could be that the character is who you want to be, whether it be their evil or good side. The cosplay community is super supportive and kind. No one judges one another. People look at your cosplay and don’t say, “Ugh, did you build that from cardboard? That’s terrible!” They go, “Oh so cool! I LOVE Wonder Woman!” And know they found someone who shares a same interest as them. It can bring people together.

AP: The first one that pops into my head was my first con. I didn’t cosplay but I ran into a group of cosplayers while there. When I mentioned I wanted to do She Hulk because she’s my favorite, I think they were more excited than I was, suggesting makeup, tips and everything else. The second one would be the year right afterwards where I first met my boyfriend, for obvious reasons.

DCN: Outside of cosplay do you have any other interest/hobbies?

AP: Theatre. I haven’t been able to be a part of that lately but it’s a huge part of me. I am also a huge bibliophile and enjoy crocheting, music, singing, drawing and writing.

AP: Most of my friends are in theatre so they dress up in costumes all the time. They are more than supportive. My family is certainly supportive. In fact, I got my mom and brother to start cosplaying. One of my favorite team ups is when I do Wonder Woman and my mom plays Diana’s mom, Hippolyta. Again, it’s a fandom and universe we both love and share together. To have her portray the original Wonder Woman and me as the daughter, it’s really cool. Its also been loved by Lynda Carter herself!

AP: The only ‘peeve’ I can think of is when cosplayers use the characters they’re portraying as an excuse to misbehave and break rules.

DCN: Do you have any cosplays you will never do, and if so, why?

AP: The first one that pops in my head is Harley Quinn. I have no hate against the character at all and usually enjoy watching Miss Quinn in whatever media I’ve watched her in. However she is a very popular character and someone you usually find a bunch of at cons. I tend to like the lesser known characters or the characters not done as much, not to gain attention but to show everyone else how cool they are and why I like them so much. I do like to stand out and not blend in.

DCN: Why do you think cosplay has become so popular in the last few years?

AP: There has been so much more media forms of it; from movies to TV shows. You can pretty much watch some sort of superhero show every night now. When you go onto Facebook or social media, I can guarantee at least one page you like will share a cosplayer with an epic costume.  The exposure to the trend and hobby have been more prominent. It also helps that when you go to a con, that almost any cosplayer you run into will be more than encouraging to get you started.

DCN: Which DC character may we see next from you?

AP: I’ve been told I look a lot like Kara Zor-El when I’m in my regular, everyday clothes.  So I have been looking into Supergirl.  I’ve also been designing a female Joker, working on Gal Gadot’s Wonder Woman, and I’d love to do Hawkgirl someday.

DC Comics News would like to give our sincerest thanks to Amazon Phenomenon for taking the time to do this interview.  Be sure to check out her Facebook page HERE. 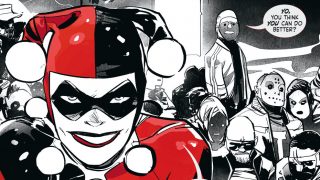