“THE FIRST ALLY” part four! As painful secrets from the past are revealed, Batman must face down a nemesis unlike any he’s seen before—or risk the horrific consequences of the Genesis Engine falling into the wrong hands!

The best thing about this story arc is the insights it gives us into the relationship between Bruce and Alfred. Although it is rarely referenced, Alfred is a parental figure to Bruce – even if they don’t acknowledge this out loud.

Alfred’s fatherly love is clearly expressed in how he attempts to prevent Bruce from sacrificing his own life to save Alfred. And Bruce’s reciprocated love is shown in his absolute refusal to accept this, saving Alfred anyway. 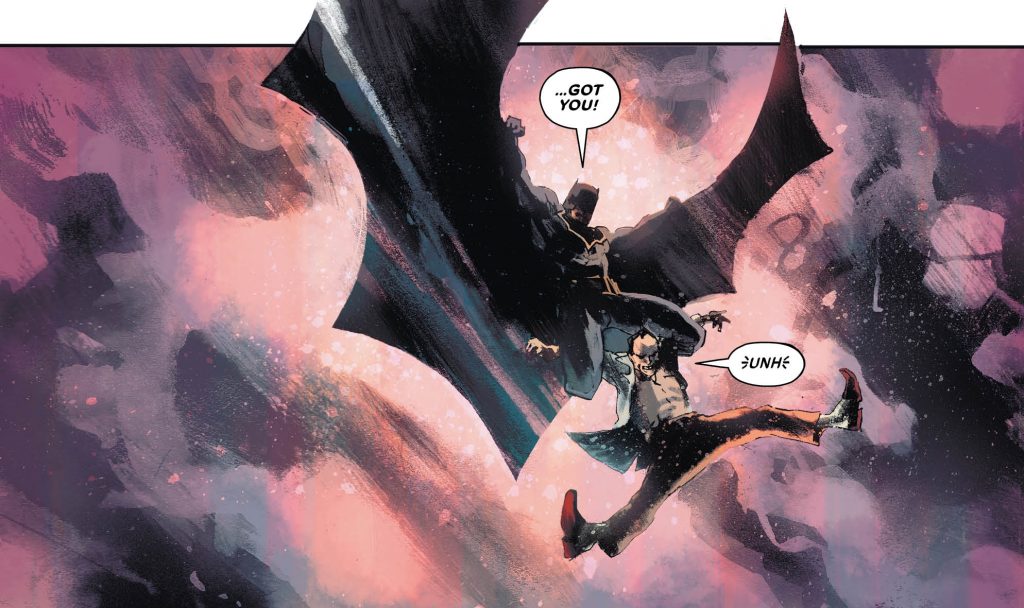 And when Briar captures Batman, and tells Alfred that he intends to use the Genesis Engine to remake Batman into his new agent, then it falls to Alfred to come to his son’s rescue.

As good as the main story is, the back up story is somewhat of a disappointment. First, Batman has trouble winning a fight against a teenage girl armed with a knife, so he withdraws from the fight.

In an astoundingly unbelievable but very convenient co-incidence, it seems a different Russian crime family is also transporting weapons by truck, in the immediate vicinity. So, Batman easily stops that shipment, to find weapons to use against the Myasniks. 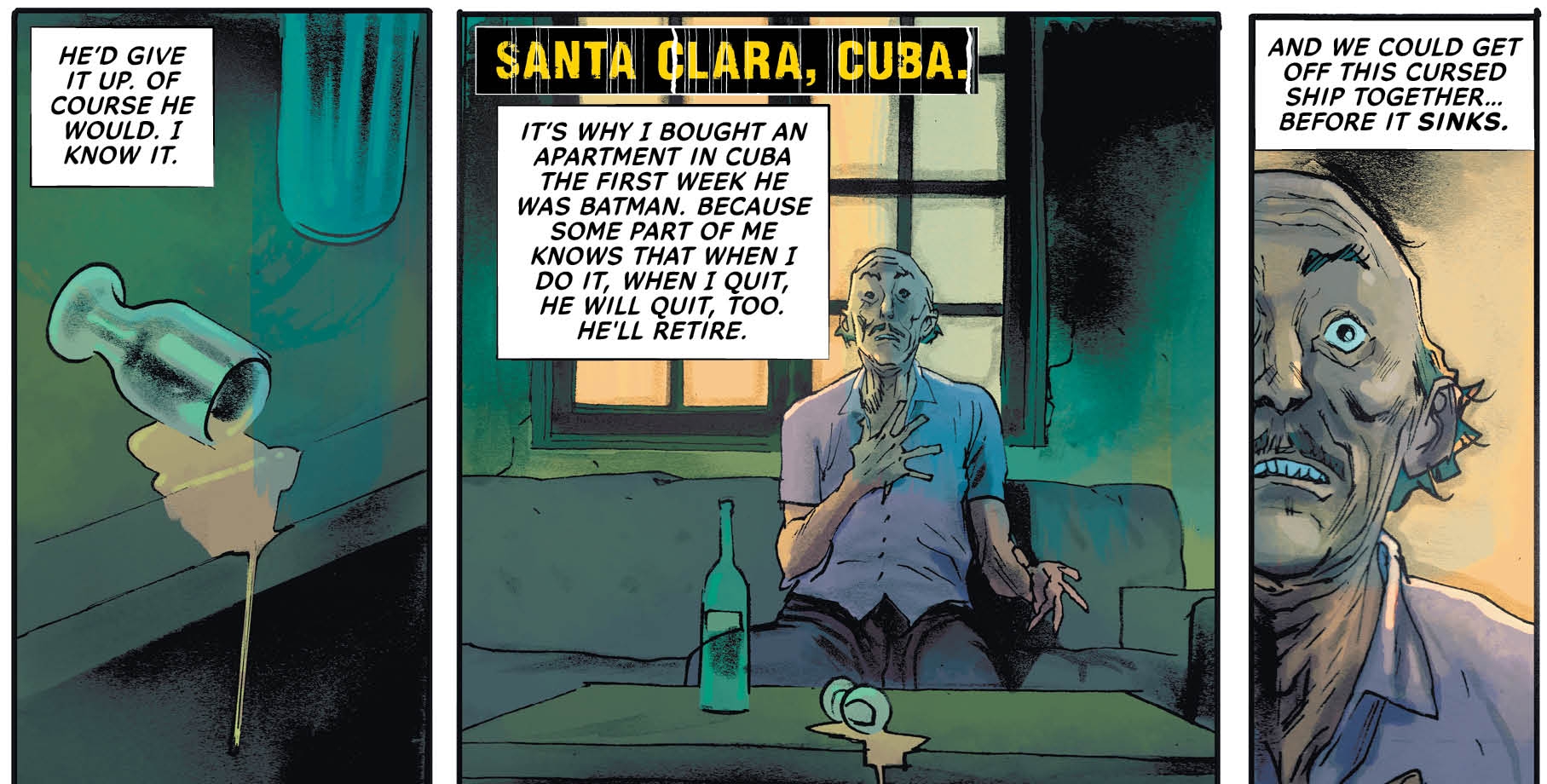 And although Batman states that using the artillery is “outside my comfort zone,” it is more like a crossing a hard line that Batman has established for himself. Also, it’s very uncharacteristic for him to even need to. Batman should be able to take out the Myasniks without the aid of military armament.

Even though the backup story is a bit of a letdown, the main story more than makes up for it. This has been an exciting series that has told some unique Batman stories and I am sorry that it will be coming to an end after the next issue.