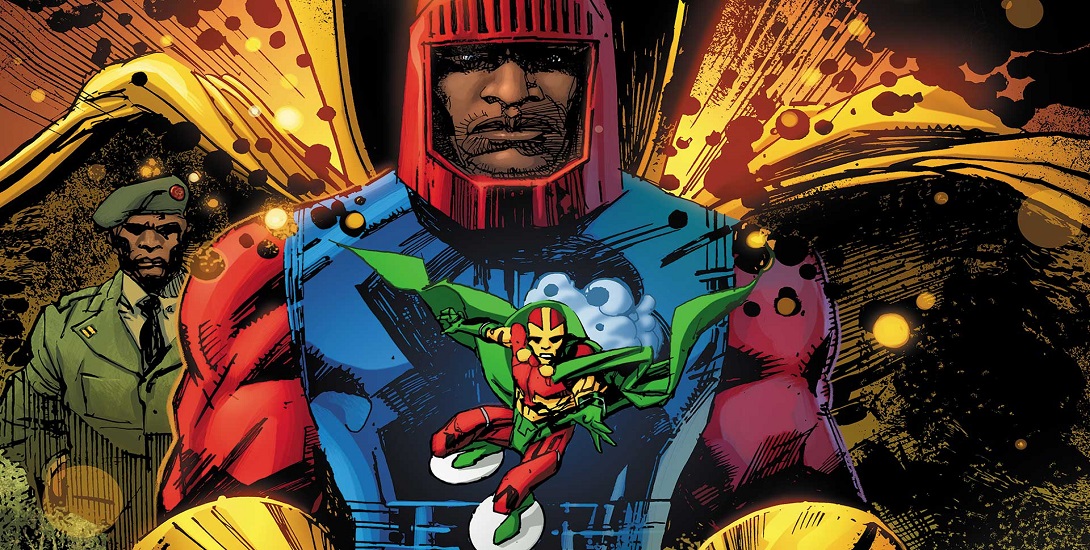 Shilo Norman has taken up the mantle of Mister Miracle, following the example of Scott Free by cheating death on a daily basis. But when he pushes himself to the limit, the Black Racer comes calling. Now Shilo is literally running from death itself and a cosmic chase leads both target and hunter across the universe. Also featuring a Fourth-World era reprint!

We meet Shilo Norman, the man who is about take the mantle of Mister Miracle from Scott Free, who doesn’t like being sidelined, and not from someone he thinks is an affirmative action hire. Shilo gets sent to space strapped to a rocket for a stunt, where he meets The Black Racer, a being who means death for the New Gods. The reader gets an introduction to how he became who he is and that he was once a human. He was also a solider who fought in Vietnam and when he came home, got a in a fatal fight, where the New Gods blessed him with a purpose — to be present when someone undertakes a dangerous stunt. What follows is a cat and mouse race between the two through time and space, traversing multiple dimensions.

Shilo finds out that the previous Mister Miracle sabotaged his suit, and this may very well be the reason Shilo is in Black Racer’s crosshairs. Black Racer ends up helping Mister Miracle but at a price. Hudlin and Cowan work so well together, this story definitely reminds me why they made Milestone Comics and all the characters that came from it, so memorable. We also get a classic Kirby tale of Black Racer, which reminds us all of his brilliance.

No negatives worth mentioning in this issue.

This comic is pretty perfect, as it is action packed and gives enough character background to keep the reader interested. Worth buying as Hudlin and Cowan are still masters at their craft and they show the Black Racer in a much more enlightened role. 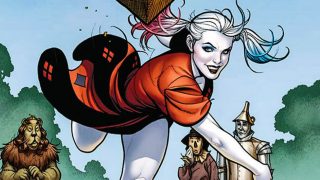 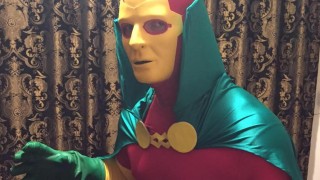