The cape and cowl introduced into GOTHAM Season 4

With the villains on GOTHAM evolving even further in the upcoming new season, fans of the FOX action adventure prequel may soon find themselves face-to-face with the Dark Knight!

As Season 3 of the FOX series Gotham settled itself headlong into the climatic cliffhanger, it looked like many of the agents of darkness that have been wrestling for power in the city’s underbelly were starting to take shape and look more like their legendary comic book counterparts. With the new season about the launch we can make some assertions of who exactly will be stepping into the spotlight.

It has been suggested that Selina Kyle (Camren Bicondova) will be slinking into her signature catsuit and embracing her feline-side giving rise to a Catwoman, all under the watchful eye of Tabitha Galavan (Jessica Lucas). Although Butch (Drew Powell) may have been offed the victim of emerging gangland factions, it has been suggested that he will return after all — audiences learned “Butch” is actually Cyrus Gold, the real name of the undead Solomon Grundy.

Veteran actor Alexander Siddig of Star Trek: Deep Space Nine fame will be realizing one of the future Dark Knight Detective’s most prolific arch enemies, as Ra’s al Ghul reigns upon the denizens of Gotham. This will be the second time that Ra’s will be portrayed as a series regular antagonists. The character was the main focus of an entire season of The CW series Arrow where the villain was featured as a significant component of that titular hero’s origins. 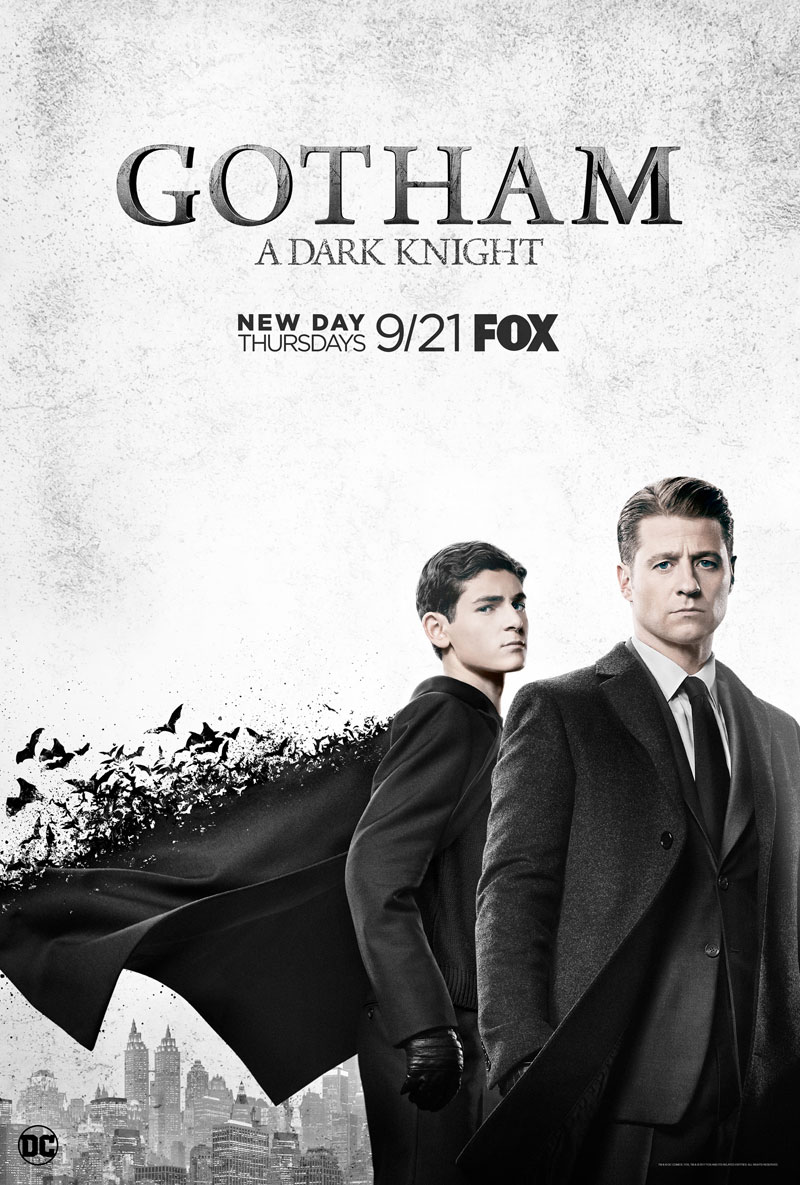 Gotham is taking major risks going into Season 4 and if the promotional artwork is any indication, it would look like young Bruce Wayne (David Mazouz) is moving closer to adapting to his role as the caped vigilante. At the end of Season 3, Wayne took to the mean streets to unleash his own brand of justice, but it looks like he’ll be fashioning for himself a cape and cowl to hide his identity. Batman will soon be casting a shadow across the streets of Gotham!

It has always been suggested that it would be an inevitable evolution of the character, and that Gotham which is set as a prequel series, would be setting up the introduction of the iconic DC Comic character. With both Mazouz and Bicondova still in their teens, it’s a bit of a stretch that they’ll achieve the height of their respective story arcs this season, but Mazouz’s Bruce Wayne is definitely tempting fate and sizing himself up for the classic look — cape and all — of the Batman.

Gotham returns with new episodes in September on FOX.