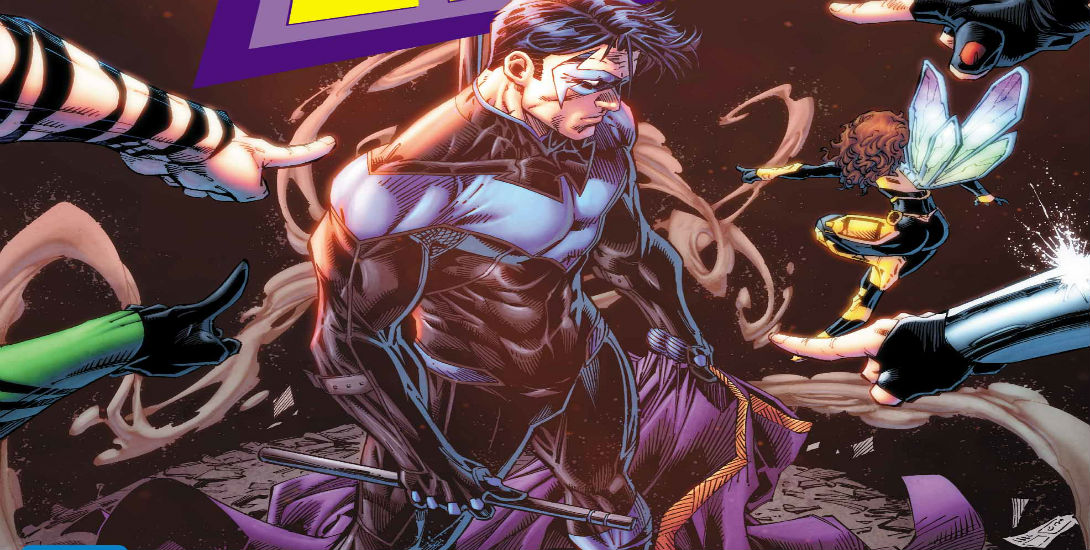 The traitor to the Titans has been revealed and its–Nightwing! Roy catches Dick in a secret conversation with H.I.V.E and his suspicions are confirmed! Can the Titans as a team recover from the shattering revelation about their long time friend?

This issue had a lot of turmoil that finally comes out from within the team in this book. If you’ve either been following my reviews or the books in general you’d know that it’s been building up for awhile. It seems that Dick Grayson’s betrayal was the last straw and the truth about everyone on the team soon becomes revealed.

Dan Abnett hit my heart with his conclusion in this issue! I don’t want to spoil it for you, but it’s the particular death of the member of the team, and I believe that his death will send shockwaves throughout the DCU. I never saw it coming at all and Dan makes you think that this character is on the brink of figuring out all of his personal problems–but then it’s all stripped away.

Titans #15 was a good read and I’m looking forward to seeing how this particular character’s death affects the team in the next issue. It seems that the Titans are constantly facing battles–more from within now more than ever. Nightwing represented that last sign of hope and trust that existed within the team. Acknowledging the lessons of Batman as reasons for his distrust and distance with team, hopefully next issue Dick Grayson and reassert himself as the leader he was meant to be. After the events of this issue, the Titans definitely need it. 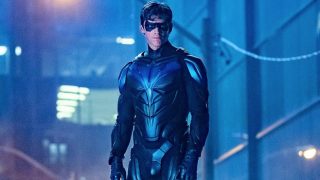