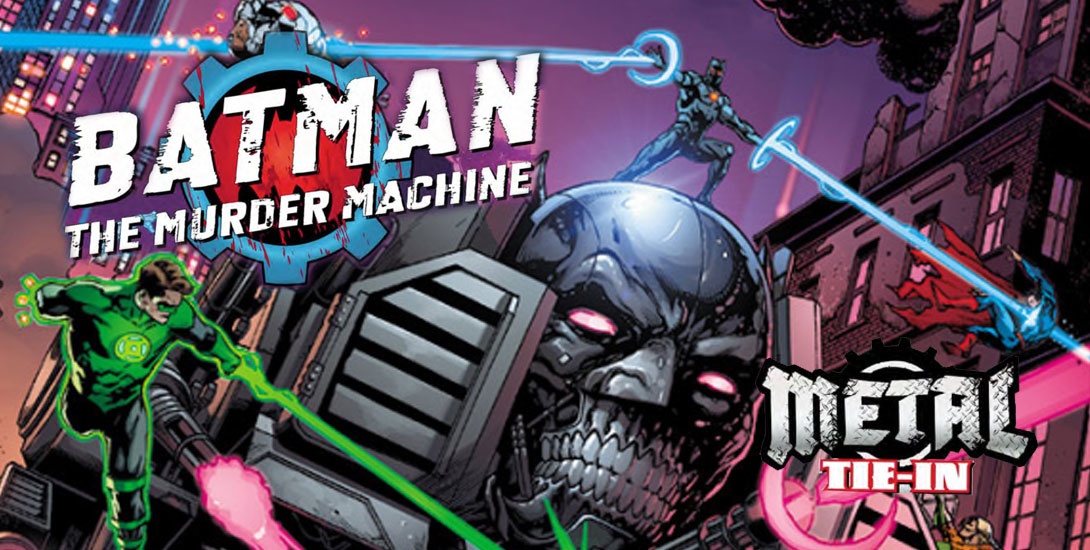 In the present, a robot that looks like Batman claims to be here to help but attacks Cyborg. Flashback to the Dark Multiverse’s past and we see that the brutal death of Alfred Pennyworth has caused Batman to seek out help from Cyborg to recreate an AI that perfectly embodies Alfred.

Cyborg is reluctant but eventually agrees and goes along with Bruce’s plan. But soon after its creation, the Alfred AI starts eliminating any threat to Bruce Wayne. The AI still doesn’t stop, instead it goes after Bruce himself.

This book is great! It’s beautifully illustrated by Riccardo Federici. Federici makes the wise choice to differentiate flashback scenes with present day scenes by making one full of color and the other black-and-white. This helps the story avoid getting confusing when the bat robot fights the Justice League in the present and in the past.

The story, even though it is just a one-shot, is a really emotional piece about the relationship between Bruce Wayne and Alfred Pennyworth. The loss of his parents when he was young was the catalyst to Bruce becoming Batman in the first place, but one could argue that he is much closer to Alfred then he ever was with his parents. Knowing that, this book explores what Bruce would do if faced with the loss of his true father figure.

There really isn’t anything negative to say about this book. I wish there were more of them coming, but I think the emotional aspect of this story was perfect for a one-shot like this. It makes it much more impactful.

I was blown away by this issue! I wasn’t actually expecting much from Murder Machine compared to some of the others like Dawnbreaker or Red Death. After reading Red Death, I thought it set a high bar, but this issue easily raised the bar.