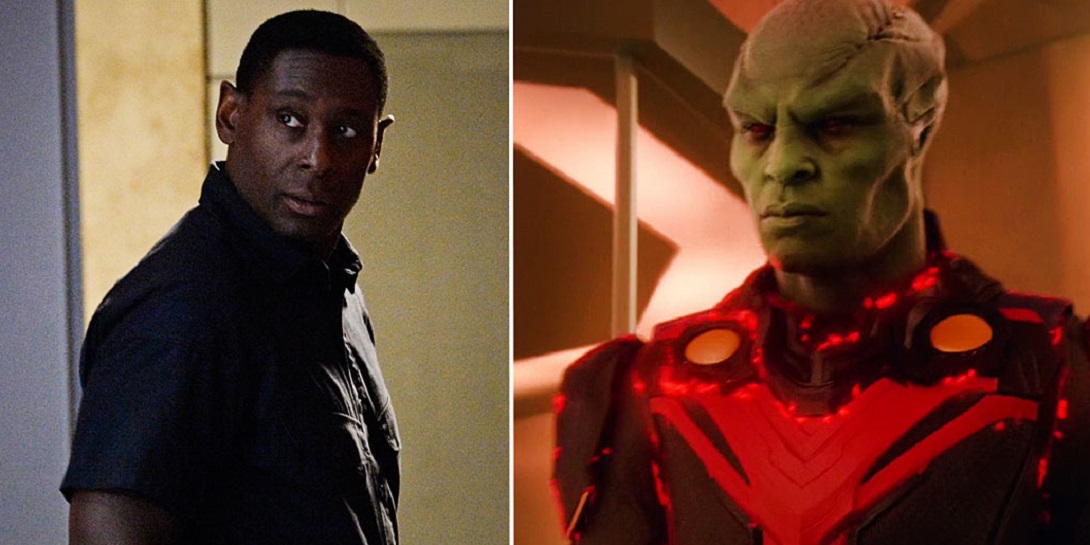 The first two seasons of Supergirl were strengthened by the revelation that DEO head Hank Henshaw (played by David Harewood) was in reality the shape-changing J’onn J’onzz, The Martian Manhunter, and his hinted traumatic background as the last son of Mars. However, the third season will delve further into J’onn’s background with another revelation: There is another survivor, and it is his father.

Since the truth about his origins came to light, J’onn was incarcerated and then later pardoned by the President of the United States – herself an alien, masterfully played by Wonder Woman actress Lynda Carter – and reinstated to Chief of the Department of Extra-Normal Operations. He also encountered last year one of the last surviving White Martians – the subset responsible for the annihilation of the Martian race – hunting him, forcing J’onn to choose justice over vengeance for the loss of his wife and daughter. His prejudice was then challenged again by the revelation that another White Martian was living on Earth, M’Gann M’Orzz, albeit benevolent. This year, Executive Producer Andrew Kriesberg is diving into animated history and casting actor Carl Lumbly as J’onn’s returned father, M’yrnn J’onnz.

“J’onn has always felt like an alien,” Andrew explains. “He spent 300 years on Earth and he’s always felt different, and other, and felt people were afraid of him, and has always had to hide who he really was. The irony is he becomes reconnected to his father and his father thinks, ‘Oh, my God you’ve gone so Earth-man.’ So for J’onn, it’s this realization that he’s not quite the alien that he thought he was, and what that means to him, and if we’re reconnecting with his Martian heritage, how important is that to him?”

Lumbly is best known by DC fans as the original voice of The Martian Manhunter on the Cartoon Network’s Justice League and Justice League Unlimited animated series. He also returned to the role for the DCAU DTV movie Justice League: Doom. Before all that, in the 1990s he portrayed the first African American TV Superhero lead on the short-lived M.A.N.T.I.S. and in the early 2000s’ was a series regular on the ABC series Alias.

Supergirl returns to the CW for its third season on October 9 at 8 pm Eastern, 7 pm Central on The CW.