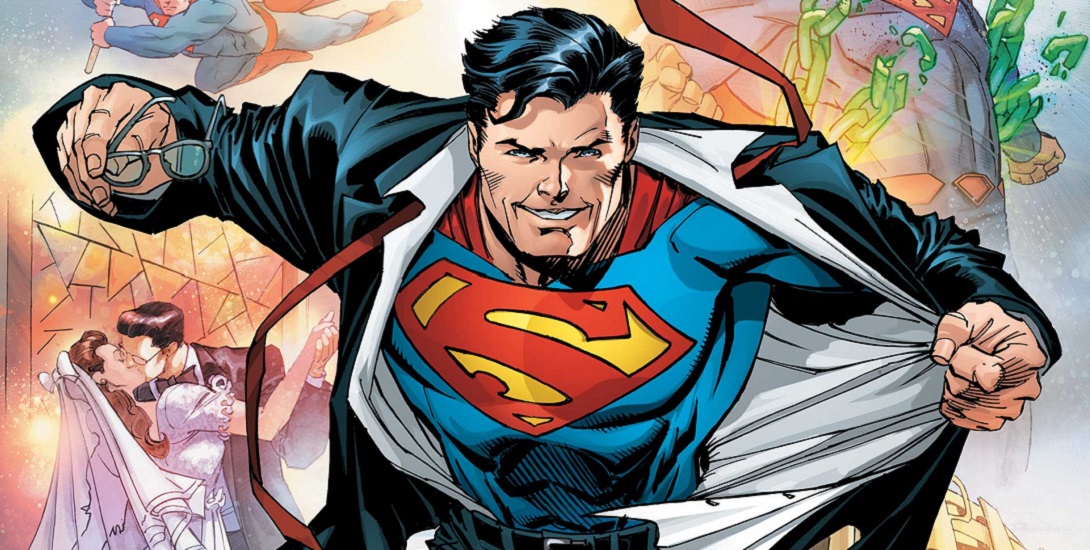 During DC’s kick off “Meet the Publishers” panel at New York Comic Con today, Publishers Dan DiDio and Jim Lee announced there will be a star-studded celebration to commemorate the 1000th issue of ACTION COMICS, the longest running and first-ever superhero comic to reach 1000! The Publishers also revealed a new commemorative logo for the celebration.

In 1938, two kids from Cleveland, Ohio – Joe Shuster and Jerry Siegel – created a character they thought would represent the best of humanity in a troubled time with few beacons of hope for the future. That character went on to become one of the brightest and most well-known creations in all of pop culture: Superman. And it all began in ACTION COMICS. DC is proud to celebrate the 1000th edition of this seminal title that created the entire superhero genre – bringing joy, hope and inspiration to Superman fans around the world for 80 years.

In March 2018, DC will publish several special titles to honor the milestone:

New hardcover book: Join us for an 80th anniversary celebration of the single most important comic in American history: ACTION COMICS #1 and the birth of Superman. Revisit classic stories from over the decades featuring the debuts of Superman, Supergirl, Brainiac, the Fortress of Solitude, the Human Target and so much more. Read Superman stories by generations of top writers and artists and enjoy sparkling essays from literary wizards who’ve won Pulitzers and become bestsellers, including Jules Feiffer. Plus, a historical essay by guest editor Paul Levitz, and all 1000 ACTION covers collected in a new poster.  And as a bonus, an UNPUBLISHED 1940s Superman tale believed to be by Jerry Siegel and the Joe Shuster studio salvaged from the DC files fifty years ago and hidden away until now.