Vote Harley! Surprisingly, the wild events of the live debate in which Harley attacked the Mayor have only helped her ratings! The people of New York certainly like the go get em’ attitude of Quinn and she intends to keep on going. She hatches a plan with Ivy and Mason to give the people what they want, more parks. 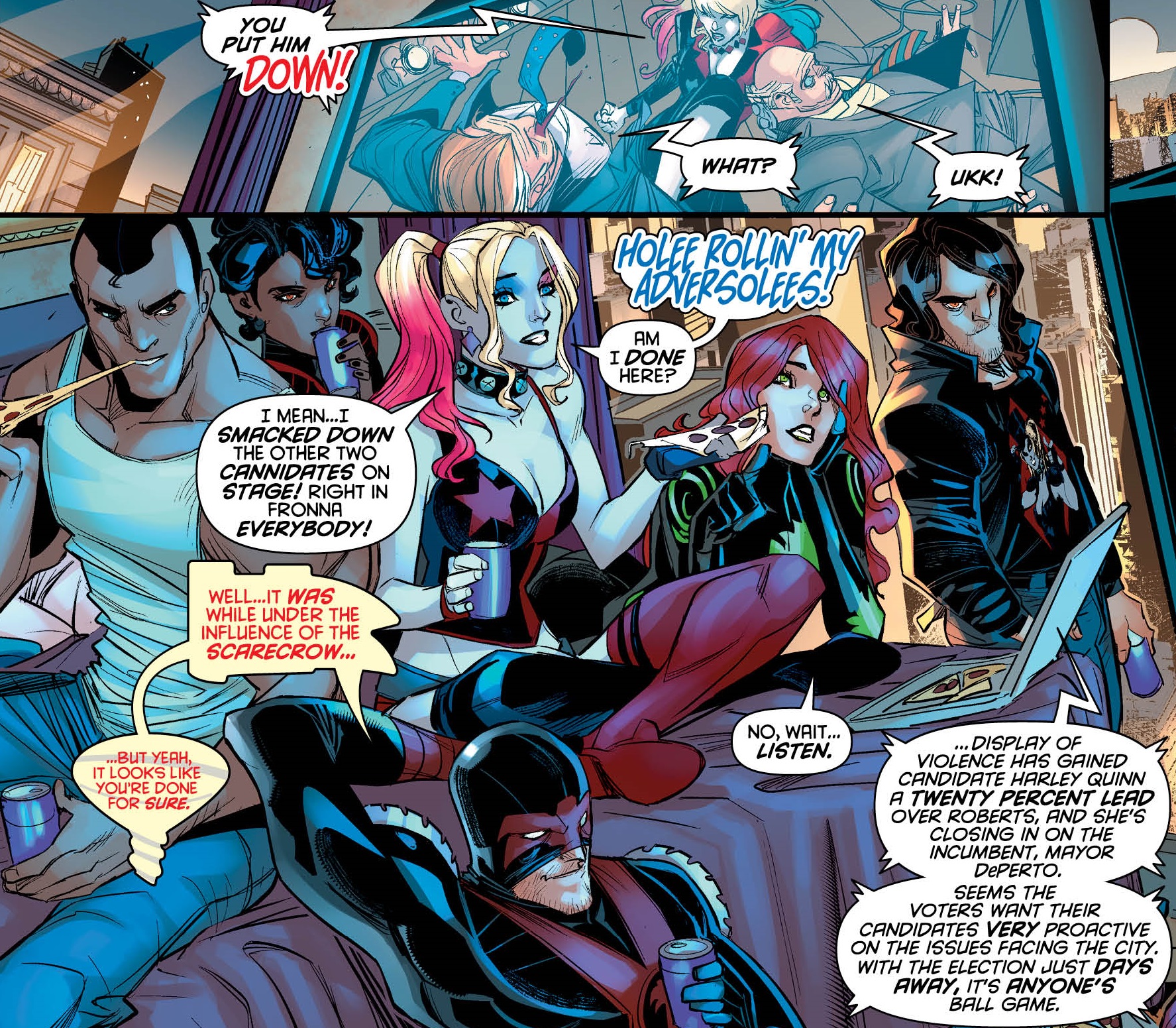 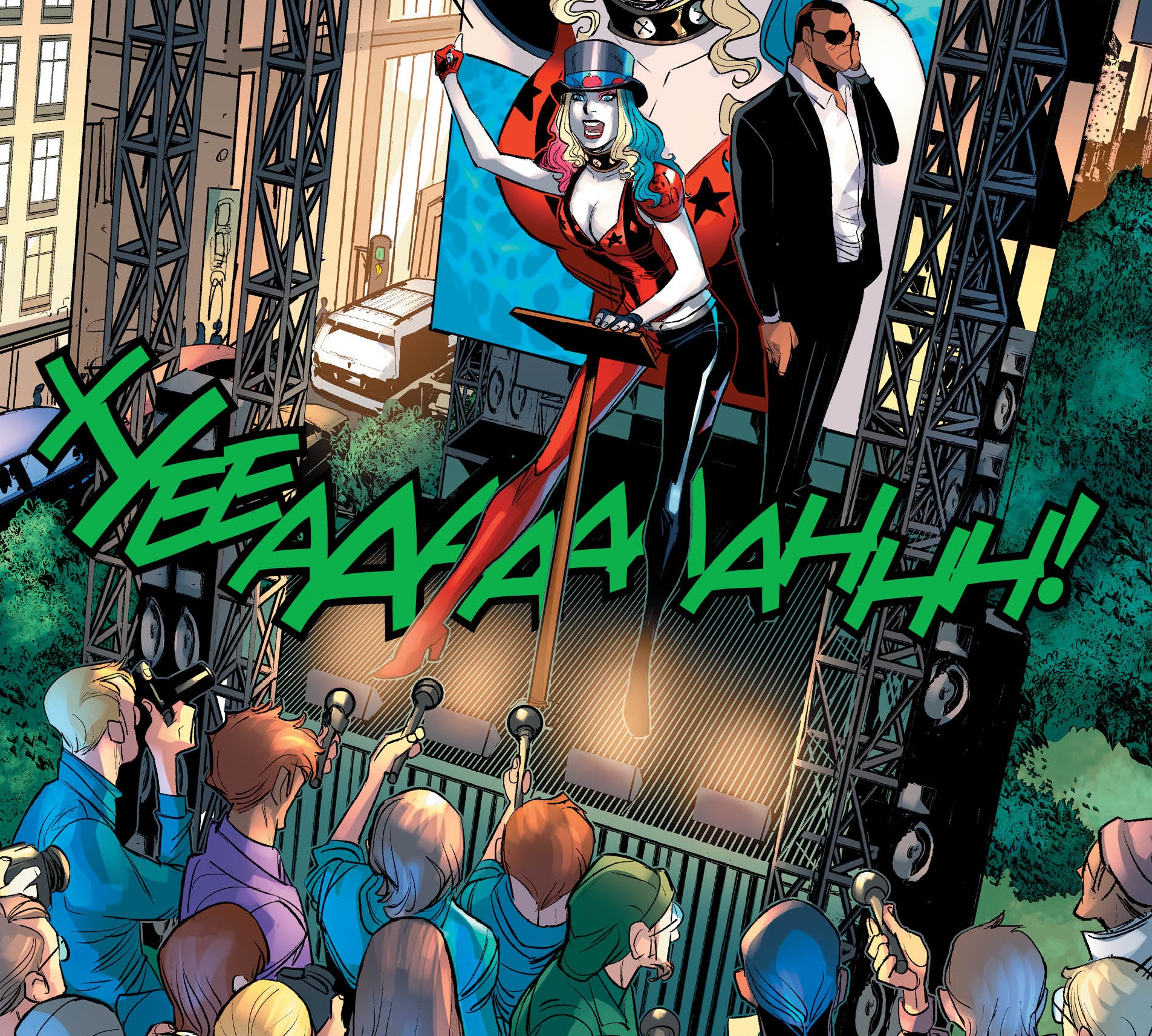 Quickly a public announcement is made and Quinn puts herself in the spotlight again in central park, all eyes on her. Next thing the people know there is a full jungle spreading itself throughout New York bringing lush green living space everywhere! And I mean everywhere, even the subway is getting filled with vines!

Meanwhile, Mason and Harley deepen there relationship and the Mayor learns not to get on Scarecrow’s bad side.

This issue is filled with a two scenes that rise above the rest. The first being a fear-toxin induced hallucination taking the Mayor on a gimp suit ride through New York with Harley on his back and an apple in his mouth. The style used isn’t a large departure from the typical style, but Timms makes subtle changes in his illustrations. Most noticeably the use of shadows and thin small eyes on Harley to make her look evil.

The second is between Mason and his mother. They are walking down the street and she gives him some motherly advise about his relationship. But she does so without talking to him and instead he does all of the talking, knowing everything she will say. It is a simple scene, nothing extravagant, but it’s powerful and highlights a lot about Mason and who he is.

Harley Quinn #30 is a great read filled with intimate moments between a number of characters which breathe further life into this already amazing series.