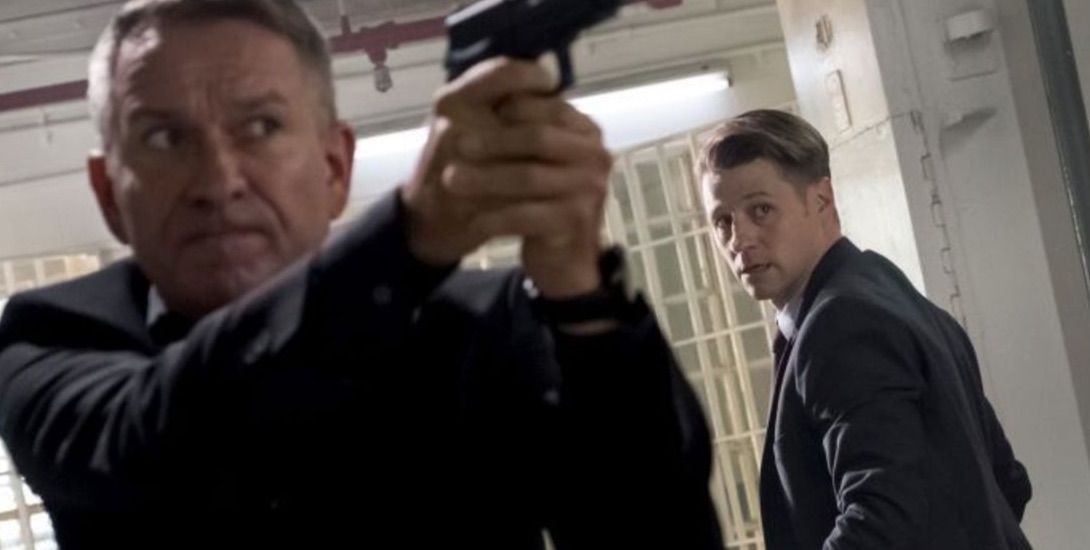 Bruce has to decide whether or not to kill Ra’s al Ghul, while Sofia tries to earn Penguin’s trust and Nygma befriends Solomon Grundy.

Sofia continues to be a really enjoyable aspect of the show. Her manipulation of Penguin is really clever; I like that she’s coming from a psychological angle and messing with his emotions. I also like that she overplays her hand at one point. She’s smart but she’s inexperienced and that’s fun.

Solomon Grundy is cool. He looks great and Drew Powell is a lot of fun in the role. It’s pretty much what one would expect and want from Grundy. What makes it a lot of fun is Grundy comes across Nygma and the former pretty much makes the latter be his friend. It’s a fun pairing and I look forward to seeing where it goes.

Bruce kills Ra’s al Ghul. I am not 100% against Batman killing; Michael Keaton’s Batman has a higher body count than Michael Myers, and Christian Bale’s Batman killed Ra’s. It just feels weird. Last season created such a great motivation for the “no killing” rule at the end of the Jerome story. And Bruce breaks that rule just a few months later. What really bothers me is how much Gordon and Alfred try to sweep it under the rug and make it seem okay.

The big problem is that Ra’s is dead and I really liked this Ra’s. It seems weird to kill him off before Bruce is technically Batman. And the episode implies that Barbara is going to take the title of Ra’s. He passes something onto her and the episode, but doesn’t tell us what. My guesses are either it’s a power transfer or a child. Barbara carrying Ra’s’ child could be interesting, especially if it’s Talia or Nyssa, but I really don’t want to see Barbara be Ra’s al Ghul.

This is a solid episode. While I don’t like the ending, it’s a lot of fun to watch up until that point. I am impressed with how quickly the Ra’s story has been resolved, for now. The season is wasting no time and I appreciate that. Gotham has had a strong start and I’m excited to see where the show goes for the rest of the season.