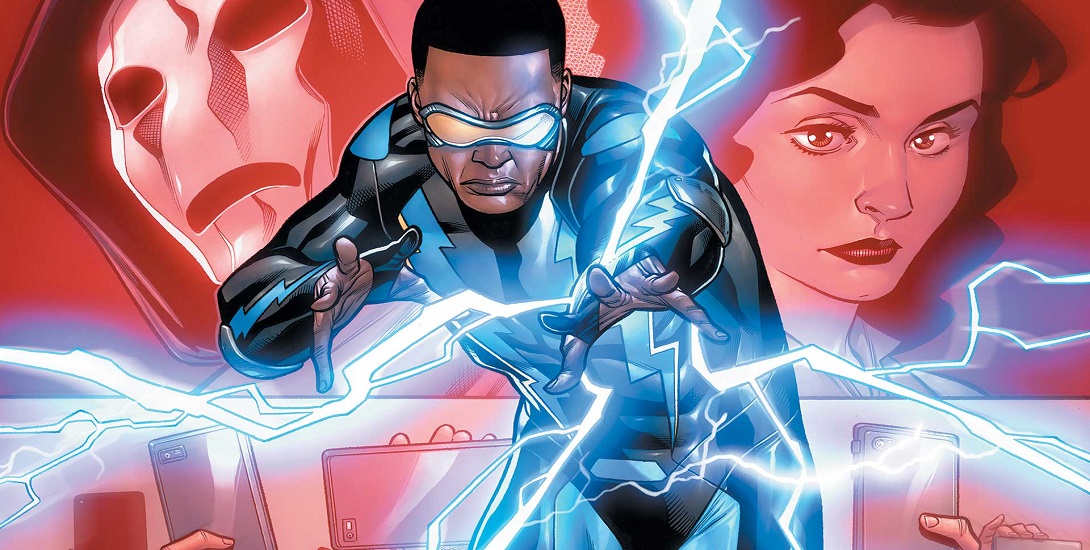 All-new mini-series by original creator Tony Isabella teamed with superstar artist Clayton Henry! Black Lightning is back, and things are not the same! In his home town of Cleveland, high school teacher Jefferson Pierce is a role model for his students. As Black Lightning, he’s fighting to keep them safe, even as his city’s streets are invaded by local gangs with deadly super-weapons. And wait until you see who their supplier is! Real-world issues in a super-hero world! Expect the unexpected!

Isabella, has updated the character for a modern setting, basically ensconcing him within the current socio-political climate. Henry draws this world in a luminous smooth style where everything looks gorgeous as if it as shot in high definition. The characters, although familiar, are written in a way that any reader who is unfamiliar to this world can jump right in. The story, between Isabella’s masterful storytelling and Henry’s cool aesthetics, makes this a world any reader will want to visit more than a few times.

None as I did not want the issue to end. The creative team certainly makes the book exciting.

Buy, as this story is definitely of the current times but a superpowered twist that will have readers re-reading this book.