“Black Hole Rising” part one! When a shocking reunion leads to an even more dire discovery about The Flash’s new powers, Barry and Wally will have to confront their rocky past if they both hope to get out alive!

At the face of it, you would think that Barry’s luck is changing. In this issue, he not only finds that his former love interest, Meena Dhawan, is still alive, but she solves his Negative Speed Force problem for him. But she does this by stealing the Negative Speed Force for herself, revealing to Barry that she is really a villain working with the Black Hole.

A slew of fascinating questions are raised by this betrayal. Was she a villain all along, or did she turn bad after her apparent death. And how did she manage to survive. She tells Barry that she was absorbed into the Speed Force, but managed to fight her way back – but can we trust this, considering her later betrayal? And even after she steals the Negative Speed Force from Barry, she maintains that “came back to save you.” So, is there more to be revealed about her true motives yet? 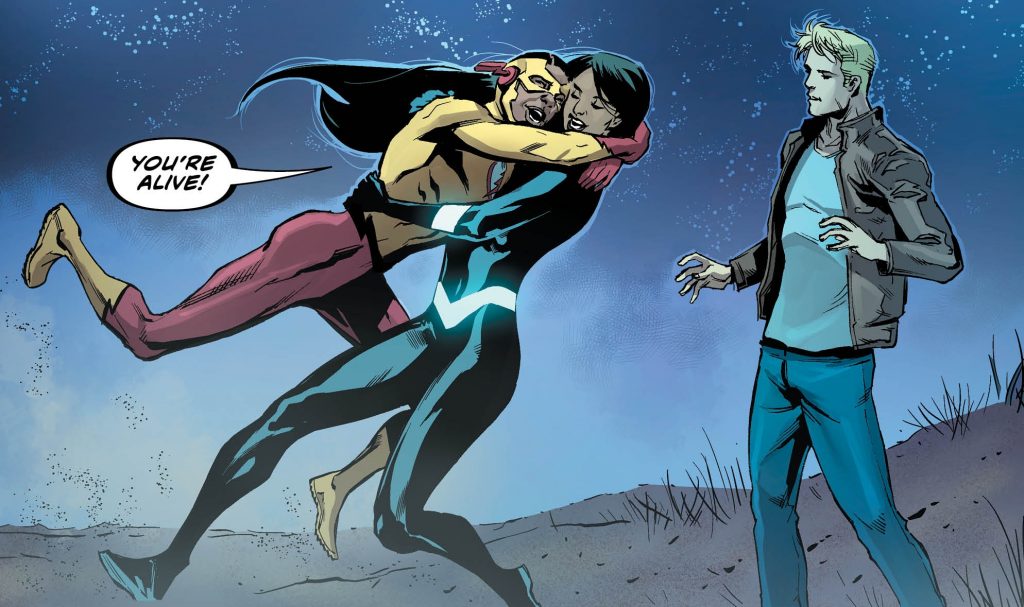 But it looks like Barry’s back to his original Speed Force-based power set, and he has a new villain in Fast Track. Meena now has the Negative Speed Force powers and a cool black version of the Flash costume – and, according to the next issue caption, a new name: Negative Flash.

As interesting as the idea is, hasn’t the idea of an opposite version of the Flash been done to death by now? Between Reverse-Flashes Eobard Thawn, Hunter Zolomon, and Daniel West – how original is a Negative Speed Force opponent for the Flash. And the costume seems extremely similar to the Black Flash entity from the Wally West Flash era. Perhaps Negative Flash being a woman and a former love of Barry’s will differentiate her enough from the other opposite counterparts to keep things fresh. 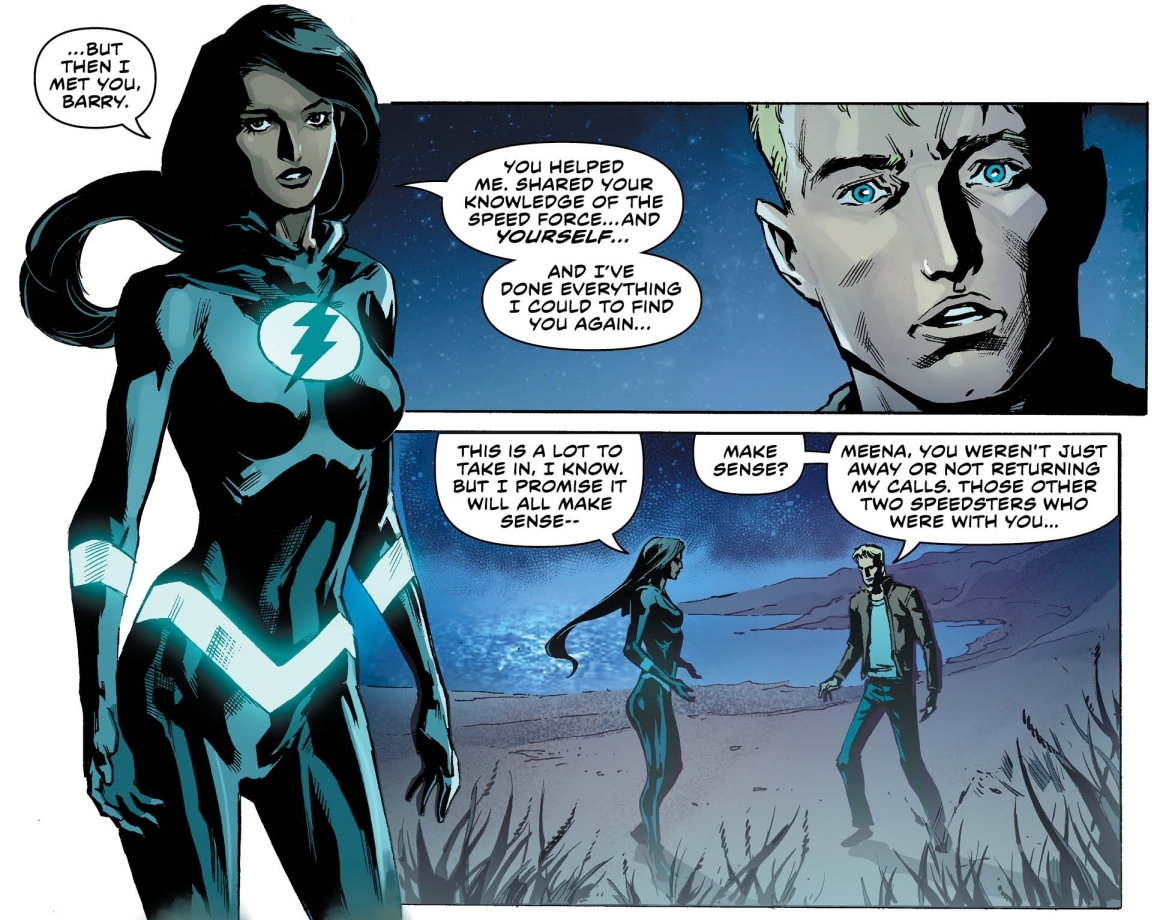 This issue raises several questions, but it suitably sets up the action for next issue’s battle against Barry’s newly minted foe, Negative Flash. It promises to be an epic battle that shouldn’t be missed.