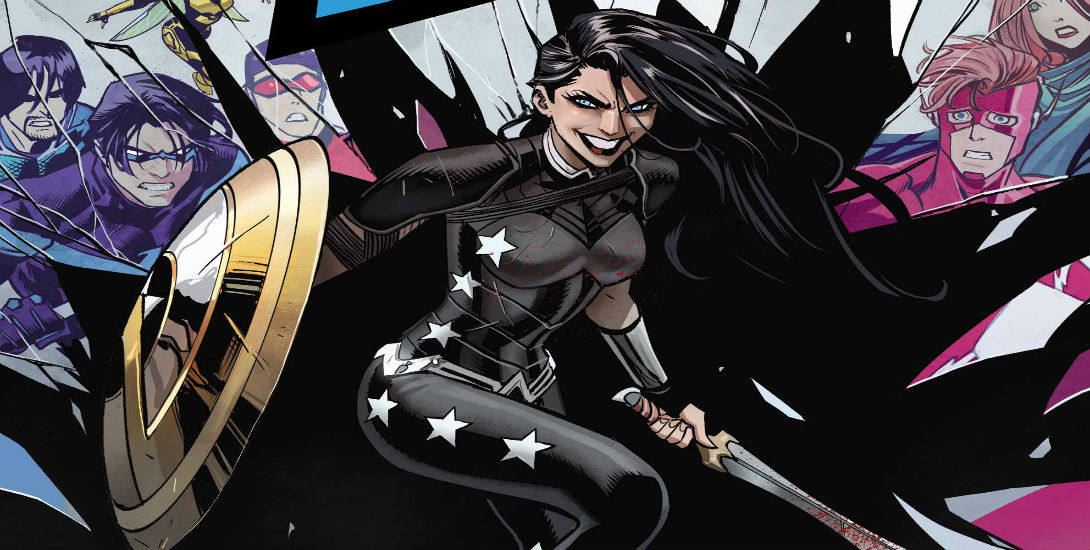 The Titans are caught in a battle that they might not survive! The leader of the Avatars is revealed to be Troia–who’s the future version of Donna Troy! While battling the Titans she reveals a dark future the team! Well any of it come true?

This book gave us a lot of revelations of a dark potential future for the Titans and it was awesome. Troia, who’s revealed to be the future version of Donna Troy reveals that Donna is immortal thanks to the Amazons and although she attempts to build friendships with through the Titans, they ultimately fail. Troia wants Donna to cut all the remaining ties to her humanity in order to become the warrior that she’s destined to be. Abnett does a good job of detailing Donna’s struggle with these shocking revelations.

Overall I have no complaints about this issue. Abnett’s ability to portray Donna as an girl completely torn apart by her heritage and her humanity are wonderfully done. I’ve never known too much about Donna outside of just the Titans but her story is truly sad. When placed along with the revelations that Troia give the team, it’s amazing how the team will move forward after this issue if at all–remind you that they are still dealing with Wally’s death in battle as well!

Titans #17 is a good read and I’m looking forward to reading the next issue as well. Just how will the team as a whole deal with Troia’s revelations to them and how can they move forward? There’s a major reveal about Dick’s future as Nightwing and I was shocked to learn of his failure. Abnett even leaves us on a cliffhanger as Donna realizes that her evil future counterpart may have a point! Will Donna Troy join Troia in a fight against her friends? Can’t wait for the next issue!