Wonder Woman and Conan are lost at sea after they were attacked by sharks.

The interior art features pencils by Lopresti, inks by Matt Ryan and colors by Wendy Broome. The book continues to have great art. The characters look amazing; they’re expressive and detailed. Broome’s colors give the book a nice mood as well as just being pretty. 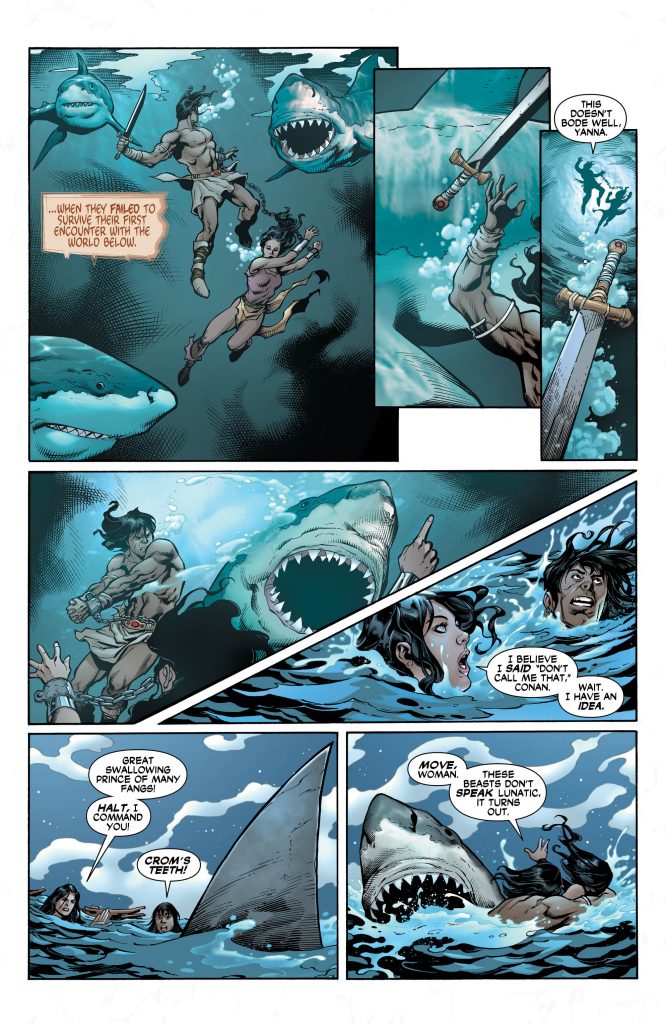 I like the revelation of how Wonder Woman and Conan happened to come together. Essentially, the Corvidae have manipulated events in order to settle a bet. They just want to see who would win in a fight between Wonder Woman and Conan. That’s such a clever way to do it; it’s almost meta but it doesn’t go overboard with it. Crossovers feel the need to have the characters fight each other and I love that Gail Simone makes that part of the story.

I like how much Simone is leaning into fantasy with this story. That seems obvious given the two characters but Diana’s stories don’t always feel like fantasy stories. Which is fine; characters can work in different kinds of stories. But I appreciate the fantasy element of the book.

I don’t like the cover. The inks are solid and I love the color. My problem is the proportions; the characters look kind of ridiculous and not in a fun way. Diana’s boobs are practically bigger than her head. It’s not an appealing cover to me. 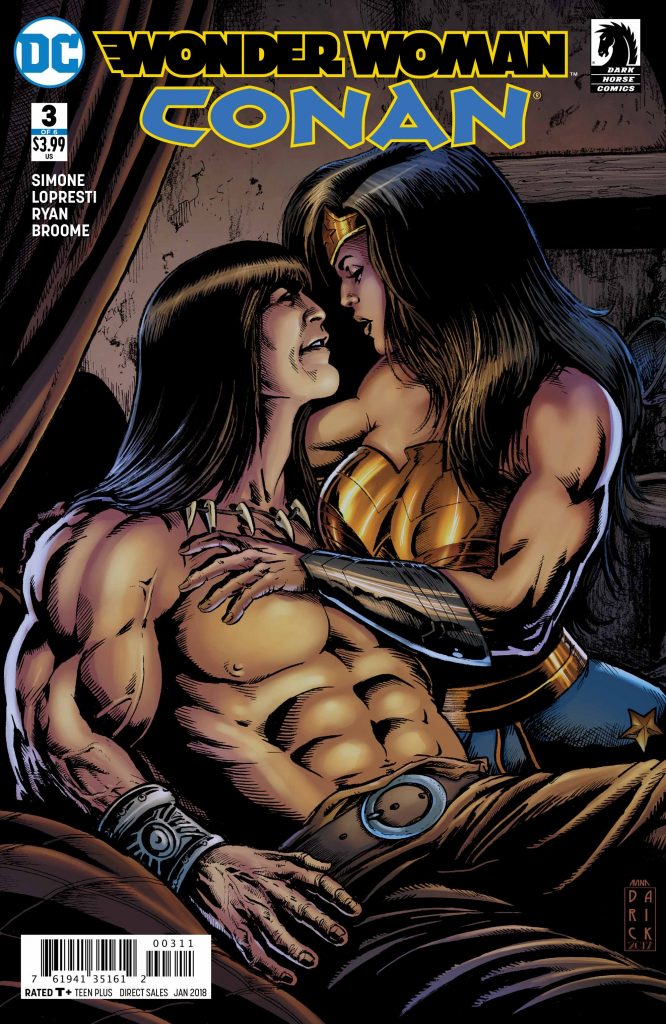 This is a great issue. I love where Simone takes the story with the Corvidae. The art is gorgeous and the title characters fight sharks; that’s just cool. I highly recommend reading this issue.

Review: The Batman Who Laughs #1