After his magnanimous defeat last year on The Flash, Gorilla Grodd returns to take on the crew of the Waverider in the latest episode of DC’s Legends of Tomorrow, entitled “Welcome To The Jungle.” The CW offers this official description:

“With Sarah (Caity Loitz) out of commission, the team finds a new Anachronism that leads them to the jungles of Vietnam and right in the middle of the war. Ray (Brandon Routh), Amaya (Maisie Richardson-Sellers) and Zari (Tala Ashe) pose as journalists and trek through the jungle when they are lead to time-displaced Gorilla Grodd. Meanwhile, Nate (Nick Zano) and Rory (Dominic Purcell) run into someone Rory knows which give a glimpse into his past. Victor Garber and Franz Drameh also guest star.”

Introduced in the first season of The Flash, Grodd had been a gorilla involved in experimentation to develop mental abilities in soldiers for interrogation purposes. Further, he had been cared for at S.T.A.R. Labs by The Reverse-Flash posing as Dr. Harrison Wells. However, when the particle accelerator exploded and infected him with dark matter, the chemicals in Grodd’s system caused him to grow in size, strength, and telepathic ability. Over the past few years, he has grown in intellect and cunning, culminating a hostile takeover of Earth-2’s Gorilla City and leading an assault on Earth-1’s Central City until Team Flash stopped him.

This episode is written by Ray Utarnachitt and Tyron B. Carter, and directed by Mairzee Almas. This will be the last episode before the show takes part in the four-episode crossover involving the entire Arrowverse, entitled “Crisis on Earth-X.” 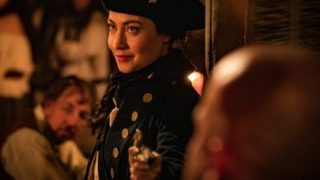 ‘Legends of Tomorrow’ Hits The High Seas In Latest Promo 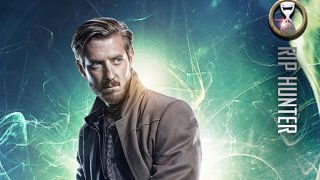