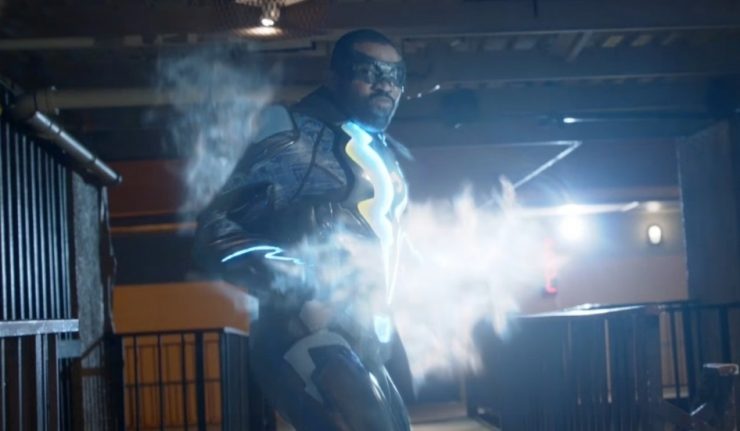 Black Lightning, which airs on The CW this coming January, will not have the same look or feel to it that the current DC line-up has. This is down to the fact that show runner Salim Akil wants to tell a different story to that of the current superhero shows.

Recently, Warner Bros. invited reporters to the set of Black Lightning in Atlanta, where they got the opportunity to meet Akil who said the hardest thing about making this superhero show is remembering to make it a superhero show.

“I’m not really doing a show about a superhero,” Akil said. “I’m doing a show about a man who has a family and is trying to affect his community. Someone asked me, what’s the most difficult aspect of doing the show, and it really is me coming to terms with that he has powers, because I could write a whole script without him ever using his powers, which nobody wants me to do.”

For this Akil made the decision that although there are characters with superpowers, his violence would not be over the top set pieces as you see in other shows like The Flash or Marvels Agents of Shield, rather there’ll be gunplay shots with shocking and sad consequences and some on-screen blood so it doesn’t look “Pretty”

Gun violence will play a major role in the series, by the sounds of things: Akil said he wanted to explore the consequences of gun violence in urban areas and how it impacts the community.

Black Lightning premieres on Jan 16 at 9 p.m. ET/PT on The CW, following the midseason premiere of The Flash.