“Booster Shot” part three! Time is broken, and Superman and Booster Gold are in over their heads trying to repair it! Meanwhile, Lois Lane confronts her estranged father—and Sam Lane now stands face to face with his grandson Jon for the first time. As Clark struggles to reconcile the truth of his own father, can Lois Lane do the same? 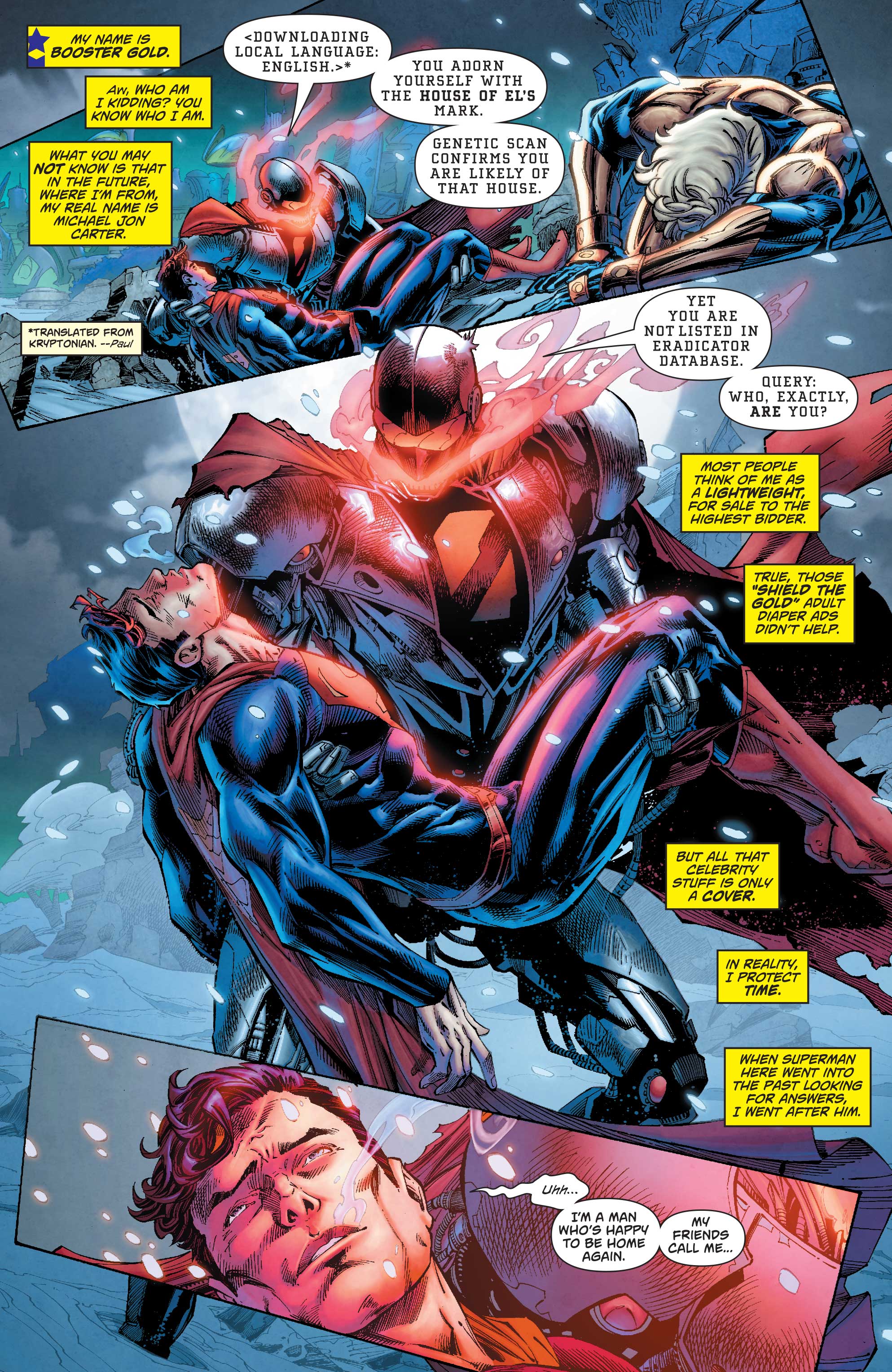 You either like time travel stories or you don’t.  They either make you scratch your head and twist in agony or they make you scratch your head and twist in joy.  I twist in joy.  While there is an inherent fun element in time travel stories, there’s almost always a huge danger in the ramifications of time travel.  Additionally, the ones that work best tend to utilize an aspect of the main character to drive the story.  For the current arc in Action Comics we’ve seen Superman pushing the story forward, with this issue, Booster Gold takes center stage as the prime mover.

While Superman is clearly the star of this book, it’s nice to see Booster Gold’s character continue to be developed and explored.  Superman’s hard line on crime is certainly a part of his character, but so is his empathy.  This conflict in Superman illustrates that sometimes context is important to understanding a person’s actions. 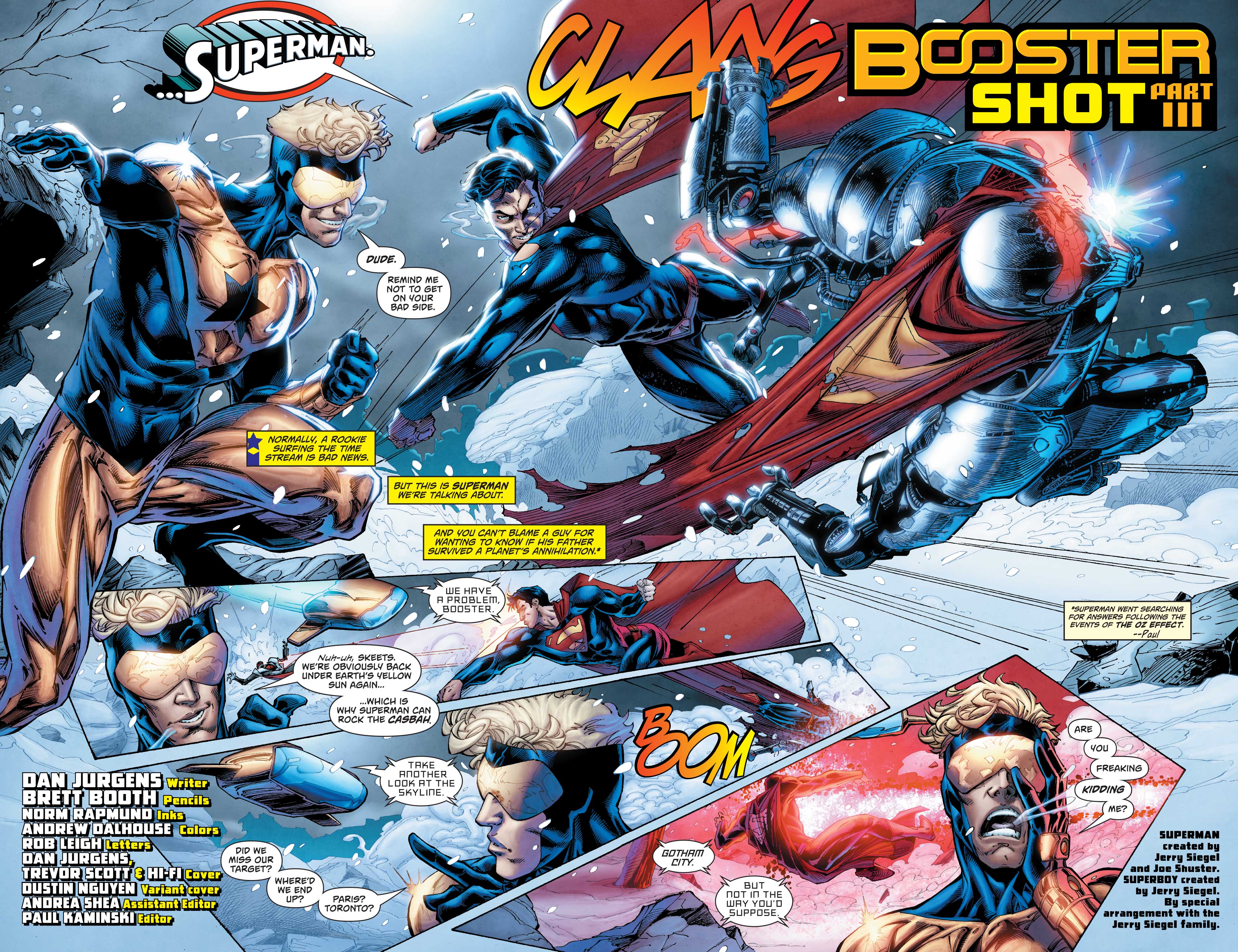 Booster shows the best of himself as he is willing to stay in jail if it means keeping his father behind bars.  While he’s not had the same paternal role model as Superman, Booster can see the difference between right and wrong.  Perhaps, his actions are forgivable. Superman isn’t sure, but this situation creates a nice moral conflict between the characters that is more debated than battled.

The sequence with Booster visiting his mom is probably the most emotional aspect, as Clark can truly identify with Booster’s mom, being a parent himself.  Perhaps, after Superman runs this title up to #1000, Booster could take over for an arc or two? 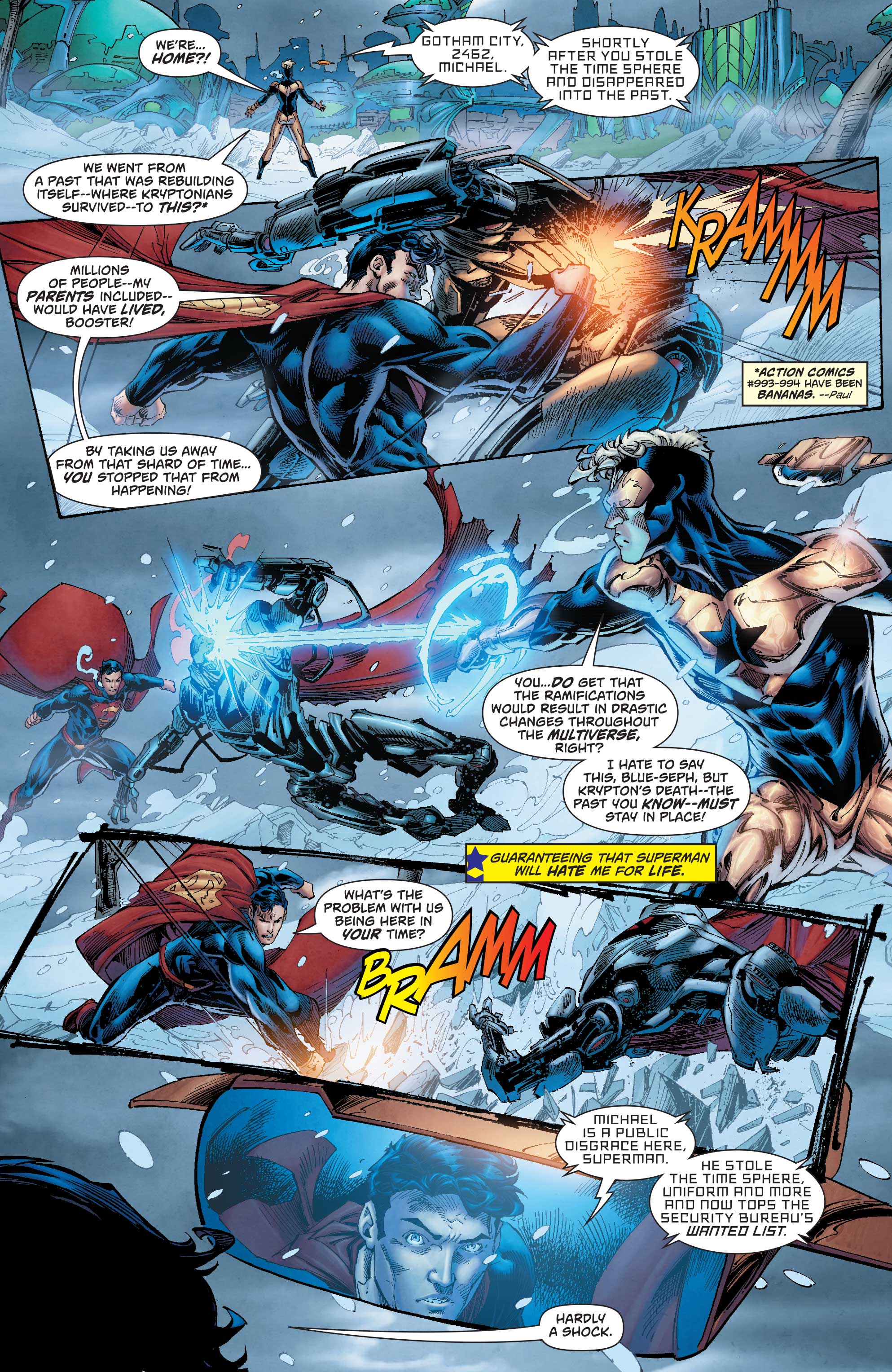 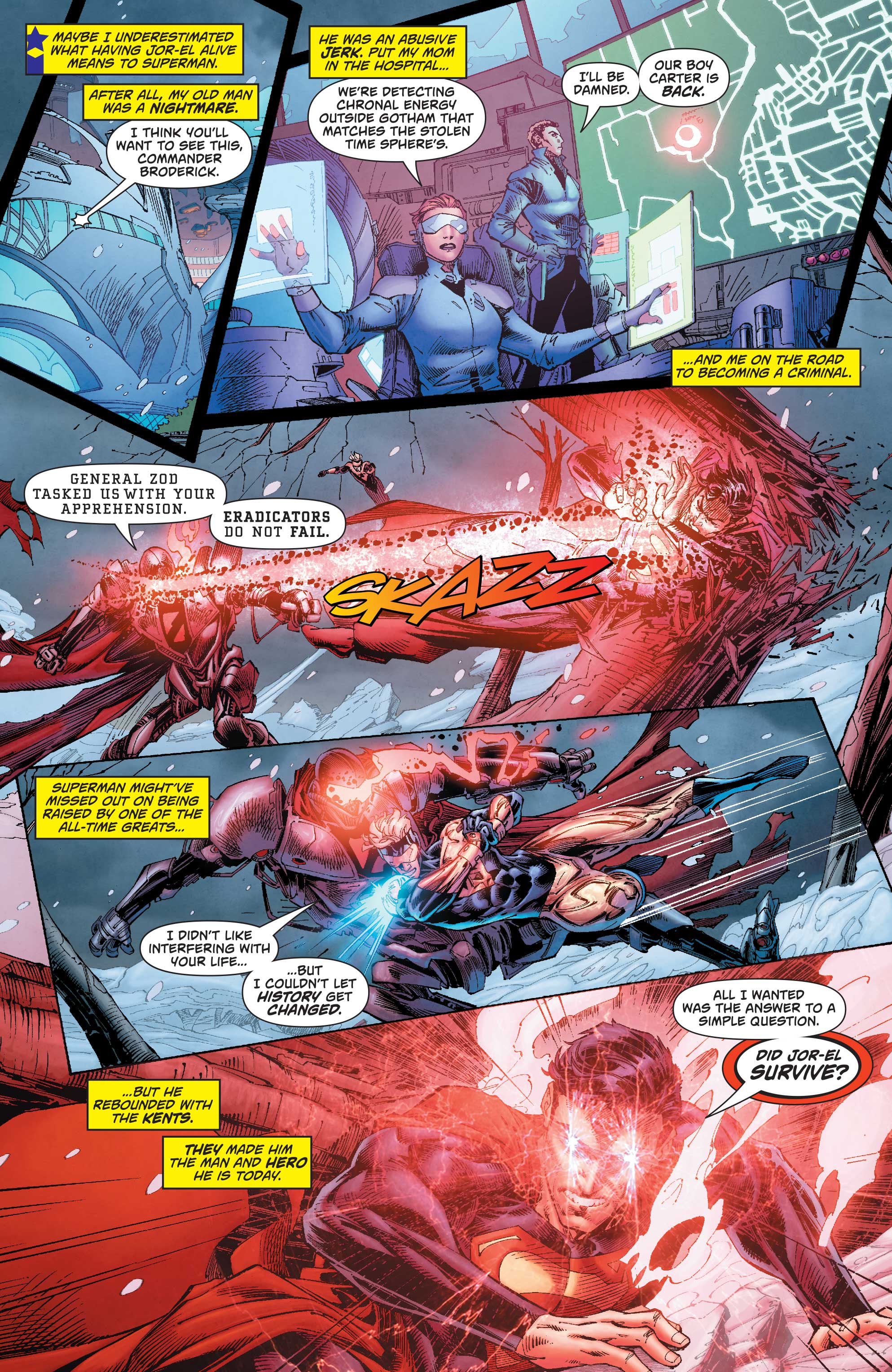 Some of the plot elements seem a bit convenient, but they all serve the story well.

This arc has deftly changed focus from Superman to Booster while retaining the theme of fathers.  Not only is Superman still troubled with Jor-El’s fate, but Booster is brought face to face with a father he wants no more of.  Couple that with Lois trying to save her father from a firing squad and Superman’s empathy with Booster’s mom as a parent, there’s a lot of interesting and diverse thematic elements in this issue.  And, let’s not forget that Booster himself is the father of Rip Hunter. (Does he even remember that?) Well, done!

Review: Batgirl and the Birds of Prey #18