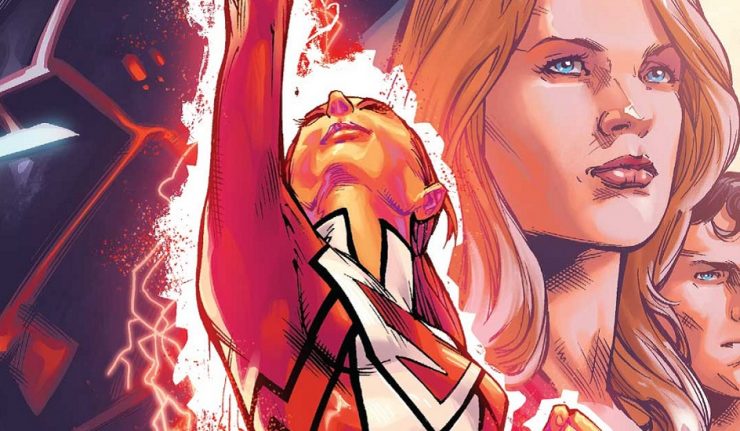 “THE MIDNIGHT HOUR” finale! A day in the life of Superwoman…but someone else is in the driver’s seat! Will Superwoman manage to break her mind free from Midnight’s digital grasp and dispel her twisted protocol once and for all?

As an avid reader of this book, I can say that the creative team pushed it “all in” on this issue. Being the last issue, they have given us the best issue of the entire series. The banter between Superwoman and Midnight reveals a lot about both characters, as Lana’s whole reason for being Superwoman in the first place is called into question. Perkins gives a sort of eulogy to the book, as just about every major DC character who has appeared in it throughout its run makes an appearance, talking to Lana while she is in a coma fighting Midnight internally. Lastly, the ending is ultimately heartbreaking for any fan of the book, as it gives an absolute end to what the character has been, as Lana provides what some fans would consider a great sacrifice.

There are no negatives worth mentioning in this issue, as this swan song is probably the best end to a book I have read in a while.

Buy, as Perkins, Thibert, and Segovia give readers exactly what they have loved about this book from the beginning.