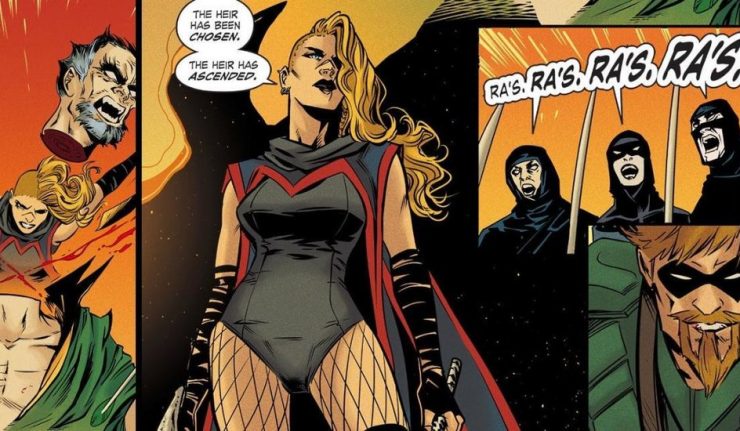 There’s a lot changes in the post-apocalyptic DC Universe of Gotham City Garage – Batman is working for Lex Luthor, Flash went rogue and was killed, Wonder Woman is a biker.

One stalwart that remains, however, is the League of Assassins. Every league needs a leader and Black Canary is up for it. After working her way up through the ranks of the League she is forced to battle her lover Oliver Queen, The Green Arrow, to the death.

After a battle for the ages, instead of killing Oliver, she decapitates Ra’s Al Ghul and becomes the new leader of the League of Assassins. Fans interested in reading this adventure for themselves can do so by picking up the physical collected copy of Gotham City Garage #10 in February, or read this Digital First series digitally now, with new issues releasing every week. If seeking this story out through digital services, the story of Black Canary’s rise to Ra’s can be found in Gotham City Garage Chapters 19 and 20.