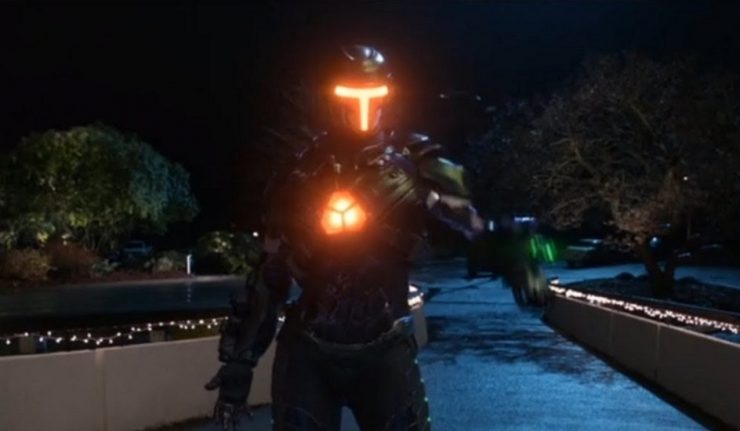 The latest episode of Supergirl, titled “For Good”, had many highs throughout, but one stood out in the minds of many fans.

The prodigious return of Lillian Luthor and her tank busting armor, the Lexosuit. The suit first appeared in Action Comics #544 in 1983, and became immortalized in the Super Powers action figures, including one of Lex in the armor.

The suit, created on the self-named planet Lexor, only lasted for a couple of years before making its final appearance in the very last pre-Crisis on Infinite Earths Superman story, Alan Moore and Dave Gibbons’s “For the Man Who Has Everything.”

During The New 52 reboot, this armor became a variation on Kryptonian technology. Lex would use it during the Forever Evil event in his battle against the Crime Syndicate. The version that appeared on Supergirl focused on more earth based technology than the one fans have grown to love.

Below are some pics of Lillian unveiling the suit:

I am pretty sure this will not be the last time fans gets to see the suit, or maybe even a more advanced version, as the creative team behind Supergirl have been very good about dropping Easter eggs like this one for their audience.